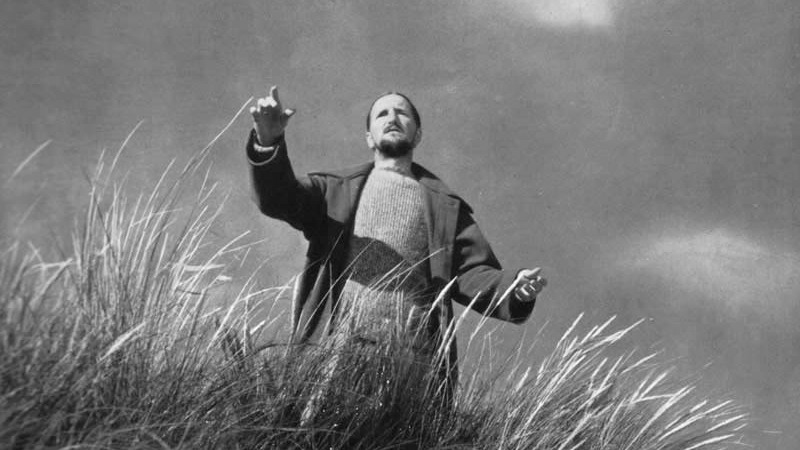 I tell you what, going from the quiet realism of Pather Panchali to this Danish theological tale of the possibly-supernatural was some serious whiplash.

It was really tough to get into as well. Set in 1920s rural Denmark, Ordet is the tale of the Borgens, a successful farm family. Widower Morten (Henrik Malberg) is the head of the clan, father to three grown sons – Mikkel (Emil Hass Christensen), Johannes (Preben Lerdorff Rye), and Anders (Cay Kristiansen), who all live on the farm with him along with Mikkel’s wife Inger (Birgitte Federspiel) and two daughters.  But there’s a bit of interfaith tension in the Borgen household; Mikkel has been an atheist for some time, despite Morten and Inger quietly trying to nudge him back into the fold.  Anders has his own woes – he wants to marry the daughter of the tailor, but her family belongs to a much different denomination, and he’s afraid neither Morten nor the tailor will agree to it.  But no one is fussing about it that much – because they’re all too busy trying to keep an eye on Johannes, who went crazy in college and now thinks he’s Jesus, and is thus prone to wandering off to preach sermons in empty fields.  On a happier note, too, the family is occupied with the impending arrival of Inger’s third child.

Things come to a head one day when Anders finally decides to seize the day, asking Inger to break the news to Morten and soften him up while Anders is off trying to do the same at the tailor’s.  Morten isn’t thrilled about things at first – but when a dejected Anders comes home, saying the tailor refused because “he says I’m not good enough because I am not in their church”, Morten’s so angry he swears that he’ll fix things, by God, and all but drags Anders back over to the tailor’s.  There he gets into a lengthy theological debate with the tailor (while Anders cowers in the kitchen) until they are interrupted with an emergency phone call from Mikkel, back at home.  Inger just went into labor, he says, and….it doesn’t look good.  The Borgens rush home, joining Mikkel in a nervous vigil, leaving Johannes to wander about the house warning the others he sees Death coming for Inger.  The only one who believes him, though, is one of Mikkel and Inger’s daughters – who isn’t scared, because Uncle Johannes can bring her mother back to life.  Because he’s Jesus.  Right? 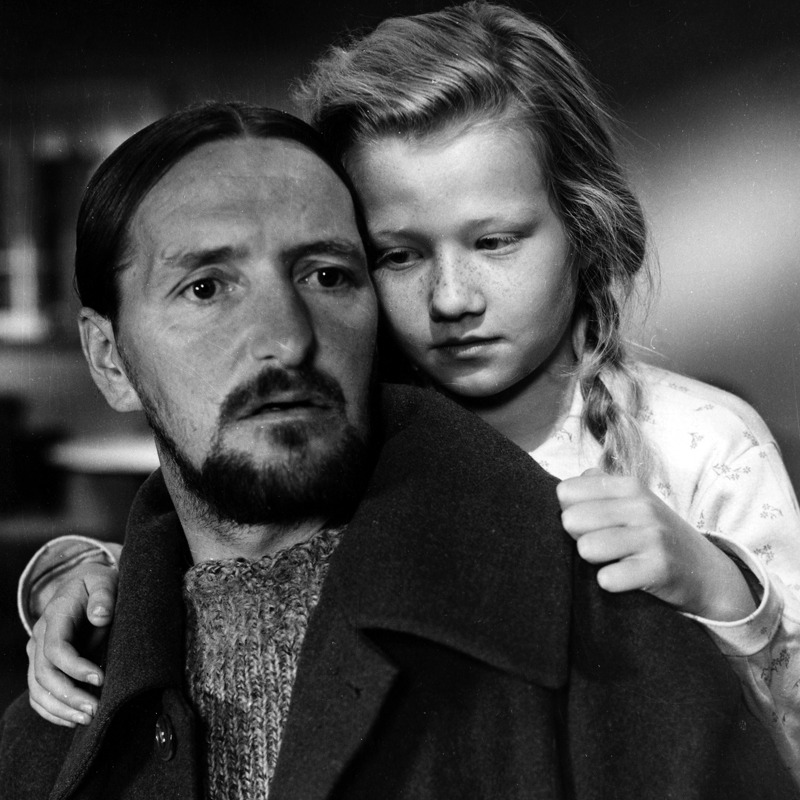 I kept feeling like I was missing something throughout the first part of this film.  Much is made of the difference between Anders and the tailor’s daughter, and their respective denominations; however, I honestly couldn’t tell you which denominations either one are.  We don’t really see any church activity as such; there’s a lot of talk about faith and dogma, and a scene where the tailor has an impossibly dour prayer meeting in his shop; there’s also a few visits from the new pastor at Morten’s church, and Johannes wandering around spouting scripture. But that’s it.  I may be approaching from a unique perspective – I was raised Catholic by a fairly devout mother, but she has always been just as committed to letting others enjoy their own faith paths, and would no sooner have told me not to socialize with someone of a different faith than she would have eaten her own head. So the whole furor over Anders and the tailor’s daughter seemed unnecessary and petty, and dragged on way too long.  Preben Lerdorff Rye also has a strange, breathy note to his performance as Johannes that I think was meant to be “insane” but instead just came across as “opaque”.

And yet I can’t write this film off entirely, because despite the opaque theological talk I found myself wanting to know what happened next.  Would Inger be okay? Would Anders get his beloved?  What the hell was up with Johannes?  Could he bring someone back to life?… The story at the heart of all of this grew on me, particularly the ultimate fate of Inger – who does die, or at least gives every indication of doing so. And I wanted to know the impact of her death on the rest of the family.

Also, this film just looked striking.  Ordet was directed by Carl Theodore Dryer, whom we’ve met before in the haunting The Passion of Joan of Arc and the moody Vampyr. This film is similarly slow and stately, with a similar set of arresting images. One that caught my eye in particular was at Inger’s wake, when the parson delivers a sermon while standing over her casket; Inger is set by two windows, and the parson stands at her head just between them, framed by their light.  His frock, meanwhile, is an impenetrable black, so black that it looks more like Inger is lying in front of a void standing ready to swallow her up forever.

In his own review, Roger Ebert admits that this is a really tough film to get into, but somehow gets under your skin if you hang in there.  I can’t say I was quite as affected as he was by this film, but I can definitely agree that you end up caring more than you thought you would.