This ultimately was a thought-provoking film, but not because of the plot as such.

The Barefoot Contessa is the story of Maria Vargas (Ava Gardner), a Spanish dancer and night club entertainer who is “discovered” in Madrid one night by a wealthy producer, Kirk Edwards (Warren Stevens).  Edwards is a thoroughly unpleasant chap, who likes to make his publicist Oscar (Edmond O’Brien) do all the talking for him.  Maria’s unimpressed by Edwards and Oscar – but gets starstruck when she hears the director in question is Harry Dawes (Humphrey Bogart), a bit of a has-been in Hollywood.  But Maria remembers his work, and agrees to a contract with Edwards for Dawes’ sake. 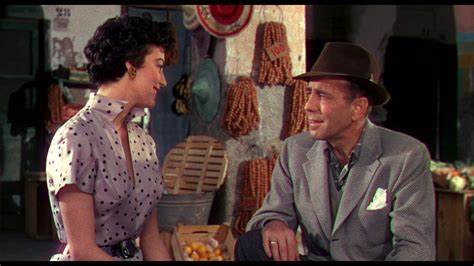 Maria goes on to brilliant success in Hollywood, staying good friends with Dawes throughout – but platonic friends, as Dawes is happily involved with a script supervisor, Jerry (Elizabeth Sellars). Maria is comfortable enough to confide in Dawes about her poor childhood and troubled family, and how jumping from that to Hollywood gives her a bit of impostor syndrome now and then.  She wishes she could find the love of her life, like Dawes found Jerry, but she feels like a mismatch for the rich Hollywood elites she rubs shoulders with now.  …On the other hand, the life of a star is way better than where she came from.  Maria’s professional success continues to be shadowed by a tumultuous love life – Dawes continuing to provide friendship and counsel – until Maria’s eventual marriage comes to a tragic end.

So, the big food for thought about this film are how unique a character Maria Vargas is – and how frustrating that none of the film is from her own perspective. Instead, Maria’s story is told via flashback and reminiscence from Dawes, Oscar, and Maria’s husband Count Vincenzo (Rossano Brazzi).  It’s still enough to get a good sense of Maria – Dawes’ visit to her family’s home in Madrid is a study in squalor, and the pair have a couple of heart-to-hearts in which she gives enough of a backstory for us to consider her actions.  Edwards is such a sleaze that it’s really satisfying to see her stand up to him, too – and even more satisfying to see her similarly toying with Alberto (Marius Goring), a Latin American dictator who also woos her at one point.  Still, while we see a lot of Maria’s life, we see it as a witness – and never from Maria’s perspective herself, which was both fascinating and frustrating.

There’s a scene early on which seems to underscore just how intentional this might be.  Maria is ostensibly a dancer when Edwards discovers her; he and his team have heard she’s someone to check out, but they arrive at the club where she performs just minutes after her one flamenco act, and both Oscar and Dawes spend several minutes talking her out of her dressing room and into an initial interview with Edwards (she’s got a thing about not fraternizing with the audience).  However, before we arrive, we are treated to a scene from Maria’s performance – except we don’t actually see Maria dance. We only see the reactions on audience faces as we listen to Maria’s tapping feet.  It looked awkward as hell when I saw it initially – watching other people watch something we can’t see just feels weird. 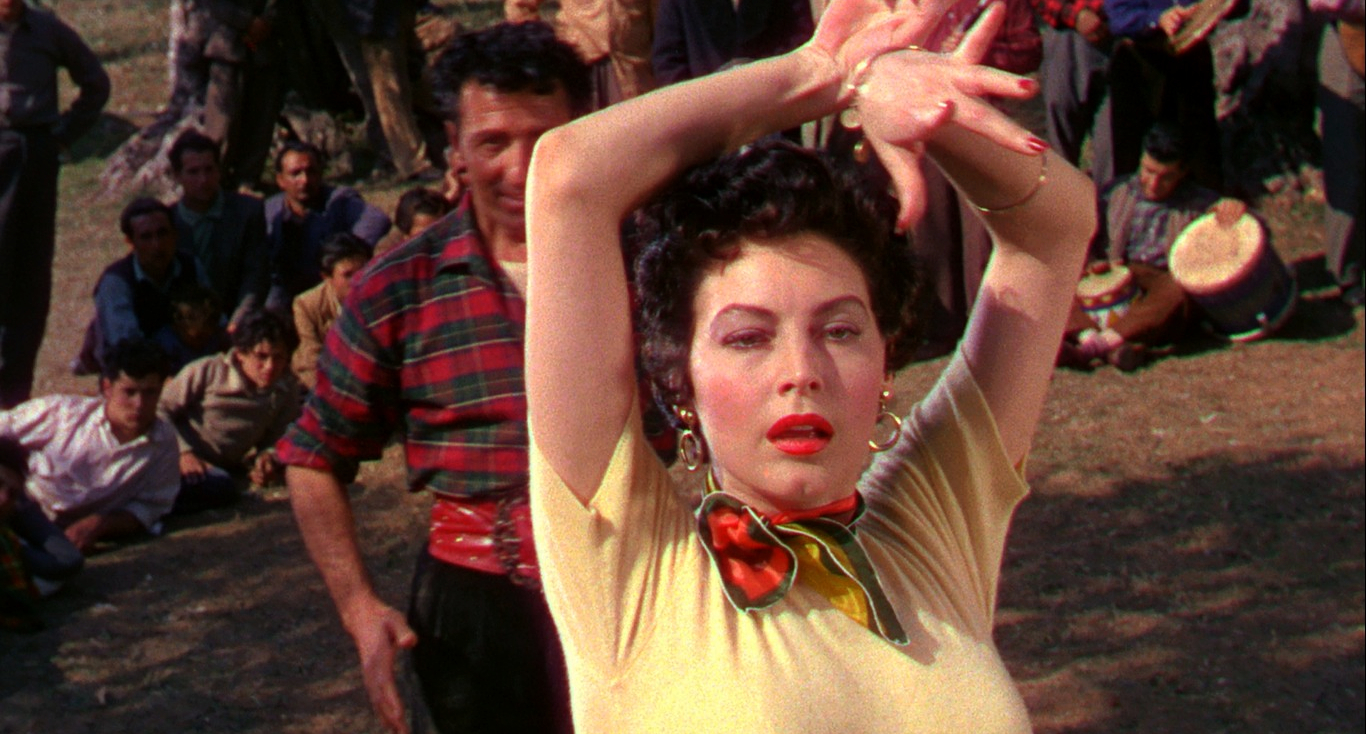 Initially I thought this was a cover for Ava Gardner not knowing how to dance.  But then we do see her dance later, when Count Vincenzo first sees her cavorting with a troupe of Romani at a camp in Nice.  So, then, I thought it may be a cover for Ava Gardner not knowing flamenco specifically.  But even here – Mankiewicz could have simply shown Edwards and his party sitting at their table eagerly and asking a bus boy “when does Maria Vargos go on?….Oh, we missed her?  Shoot!” or something.  But we don’t get that – instead, we get a whole sequence of different people in the club reacting to Maria’s performance, with varying levels of interest and attention.  A pair of lovers is so moved by the show that they start making out. A trio of older women are bored enough to pull out some knitting.  A bus boy hovers in the wings peering through the curtain.  A group of men leer.  One couple is in the middle of a fight, and the woman starts crying.  It’s little snippets of life presented to us, little windows of people reacting to Maria – much as we hear Dawes’ reaction, and Oscars, and then Count Vincenzo’s. Perhaps we ultimately were never meant to really know Maria. It’s a shame, because the bits of knowledge I got were tantalizing enough for me to want to know more.  But Maria’s ultimate tragedy, as Dawes cautions Vincenzo at one point, is that she has always had a bit of a fantasy about someone sweeping her off her feet like Cinderella and whisking her away to happiness – and that doesn’t happen if you don’t let yourself be known, and she balked at completely giving herself over to the Hollywood lifestyle.  So she always felt caught in between worlds, with people only knowing her from a distance – which somehow made her all the more fascinating a character.