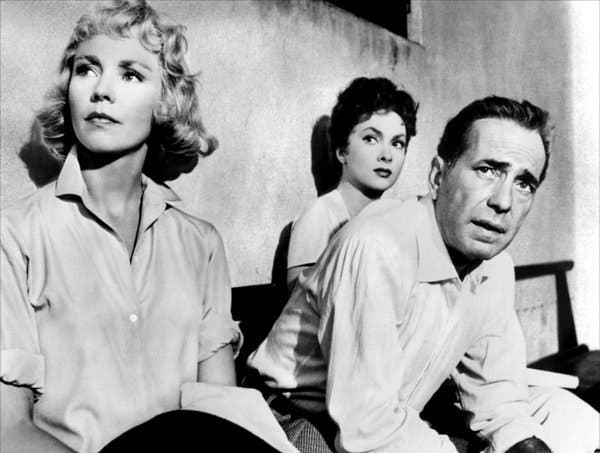 On paper, this was supposed to be a very different film.  Director John Huston based it on a British thriller, one which also took a critical look at colonialism in the African continent and how European greed for African resources turned men into fools.  Right before filming, though, Huston chucked that original script and decided to make it a comedy – yielding a funny but chaotic mess that reminded Roommate Russ of the old 60s farce It’s A Mad, Mad, Mad, Mad World.

Most of the story takes place in a small Italian port town, where a number of travelers bide their time waiting for passage on the next boat to Kenya.  A team of con men, lead by the bumbling “Peterson” (Robert Morley), have hatched a plan to score the deed to several acres of Kenyan uranium mines.  They just need help from Billy Danreuther (Humphrey Bogart), a once-wealthy American expat. Billy has had to sell his villa recently to pay off debts, but he also has a connection in Kenya, and Peterson has promised that if Billy helps his gang, Peterson will buy the villa back for Billy and his Italian wife Maria (Gina Lollabrigida).

Also waiting are an English couple, the Chelms – fussy Harry (Edward Underdown), a bureaucrat with pretensions of nobility, and Gwendolyn (Jennifer Jones), a silly romanticist with a bad habit of stretching the truth.  Gwendolyn immediately starts flirting with Billy, imagining him to be a dashingly heroic rogue just waiting to be tamed.  She’s pretty enough, so Billy goes along with it; he and Maria aren’t quite so fussed about marital fidelity, and anyway Maria’s got a bit of an Anglophile fetish so she’s too busy checking out Harry.

While the Chelms and the Danreuthers cross-pollinate, Peterson and his team fret about keeping their plans secret from the British and Italian authorities. Peterson also struggles to keep his heavy Jack (Ivor Barnard) on a short leash; Jack’s got a bit of a temper, and killed the last colonial officer who came investigating their plot. Somehow everyone finally ends up on the boat, somehow the voyage goes awry, somehow they end up back in Italy – with the Chelms and Danreuthers each back with their own spouses, and Peterson’s gang being lead away by police.  ….That’s not a spoiler – it’s the very first shot of the movie, with the rest of the film being told as a flashback. 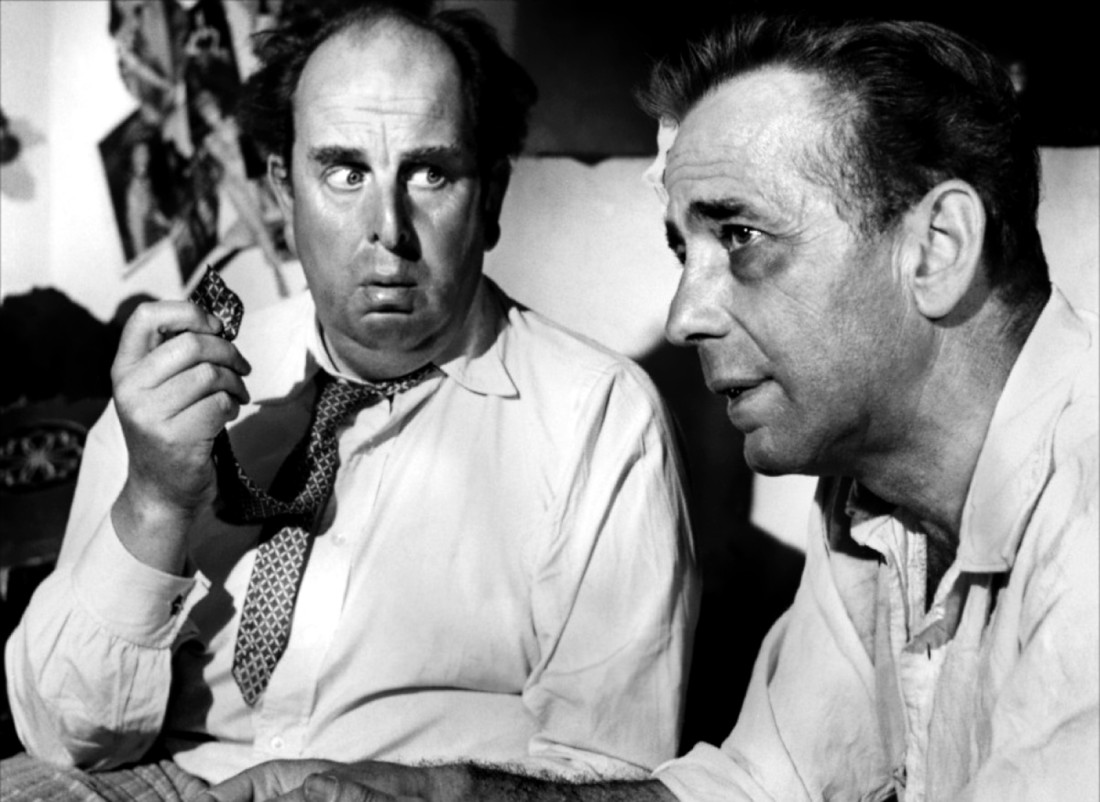 So, there are some funny, ridiculous moments in this.  Gwendolyn is presented as a perfect ditz who can never tell the truth when the fanciful lie would be more exciting – and then goes on to tell the truth at the worst possible moment.  Peterson’s gang is a ridiculously odd lot – along with Jack, there is Julius O’Hara (Peter Lorre), a Chilean man with an oddly German accent who still insists that he is Irish, and Ravello (Marco Tulli), a dour Italian who gets suckered in by Gwendolyn’s tales about the Chelm’s wealth and starts luring Harry in on the plan as well.  Even the tiny roles are quirky – at one point the gang is in an Algerian prison (long story) and Billy is pulled aside for questioning by the guard – who instead asks Billy, the only American in the group, a bunch of fanboy questions about Rita Hayworth. 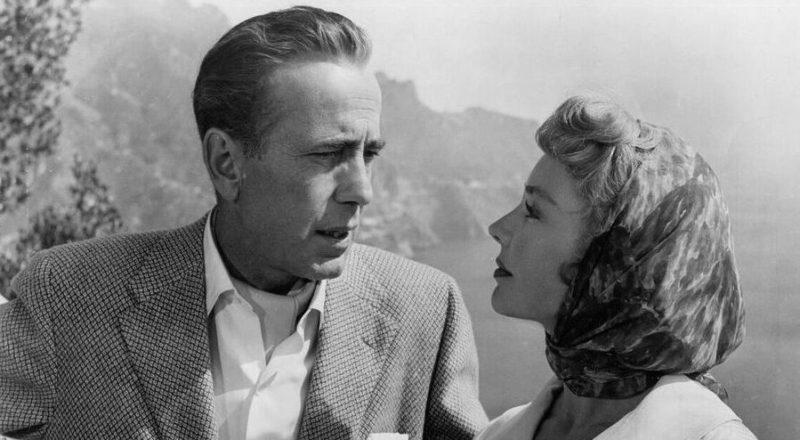 However, the absurdity comes at the expense of the story.  I’ve since read that the script was written on the fly during filming; at the last minute, Huston trashed the original script and flew in Truman Capote to write each day’s scene on the spot.  It’s an approach that lead to great one-off jokes and silly riffs, but isn’t so great for continuity.  Or clarity, for that matter – I knew that Peterson was keen on getting his hands on some uranium mines, and that Billy was supposed to help him with that, but I was never clear on what the plan actually was, or why it wasn’t completely legal. He was put forth as being wealthy – what was wrong with him simply buying the mines?  Where did the law come into it?  Similarly, I also didn’t get Billy and Gwendolyn’s canoodling – they go right from the Chelms and the Danreuthers all getting dinner together one night to Billy and Gwendolyn pitching woo just one scene later.  I say above that Gwendolyn’s a ditz swept off her feet and Billy’s just rolling with it, but to be honest, that’s my own guess; the film didn’t really fill it in.  It almost felt like there’d been a scene or two more that came between that got cut somehow.

In the end I wanted Beat The Devil to choose what it wanted to be – either a comedy thriller with a consistent story, or a wacky farce with the deadpan Bogart surrounded by eccentric characters. It seems to fall somewhere in the middle, with not quite enough of either.