No, we never learn what the Madame’s last name is, and frustratingly it doesn’t even matter.  The rest of the film is strong enough that we didn’t need to see what likely was a too-faithful element of the book which inspired this, and felt to me like a gimmick.

Louisa, the Madame in question (Danielle Darrieux) is the center of an ultimately tragic and mildly scandalous love triangle, with her husband Andre, a general in the French army (Charles Boyer) and an Italian count, Baron Donati (Vittorio de Saca). And the earrings in question are the MacGuffin that drives the plot – they were a wedding gift from the General to the Madame, but she secretly wasn’t all that crazy about them, and kicks the film off by selling them to a jeweler for some quick cash to pay off a debt.  She fakes losing them later that night while they’re at the opera to cover their absence.  But unbeknownst to her, the jeweler is the man who sold Andre the earrings in the first place, and he discreetly alerts Andre – who buys them back. Instead of calling out Louise on her actions, Andre gives them as a break-up gift to his mistress before sending her off to live in Constantinople.   ….Yeah, this was Belle Époque era Paris, where I guess that kind of thing happened…. 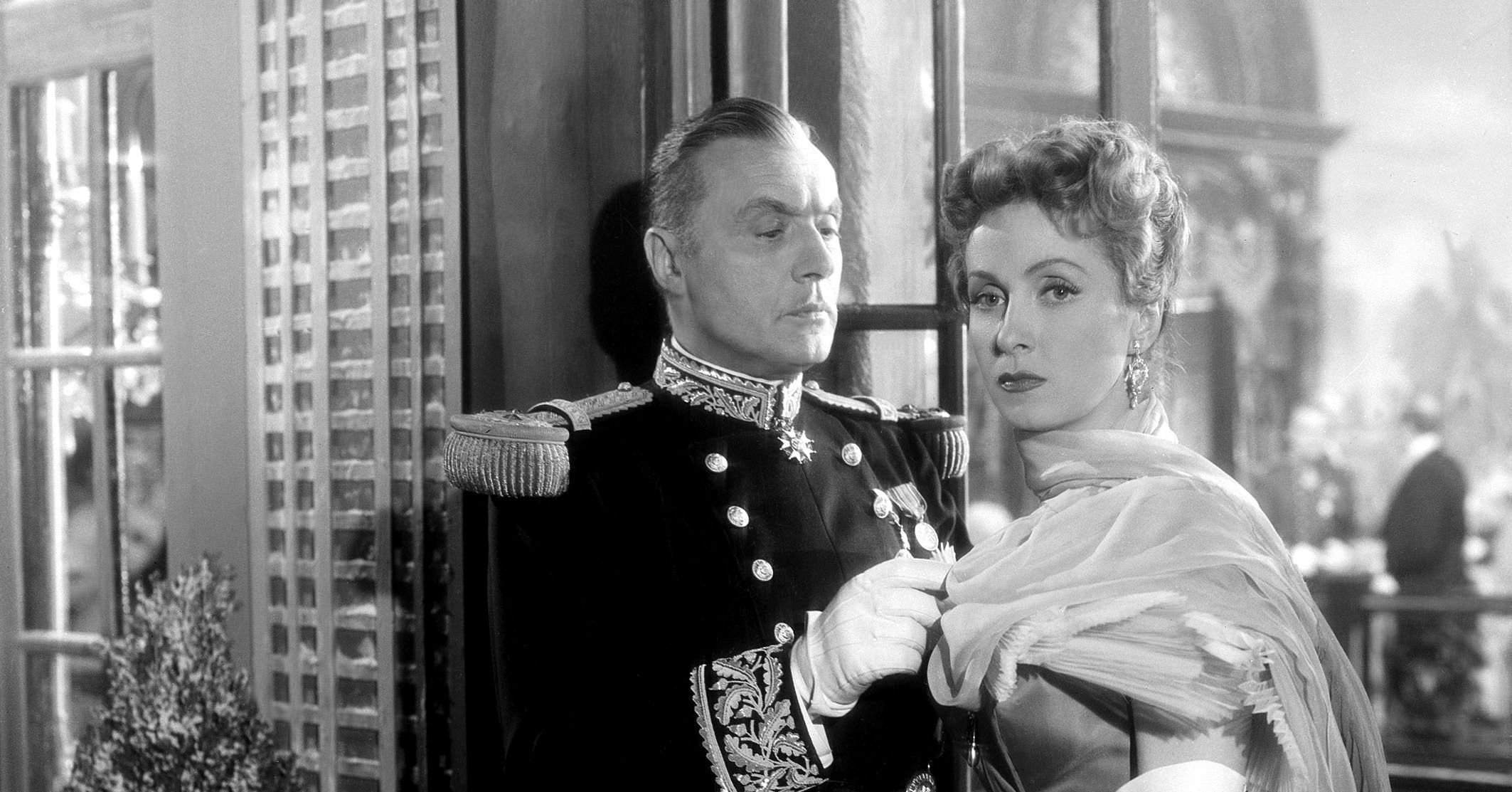 The mistress sells the earrings herself for similar reasons soon after her arrival in Constantinople, and they catch the eye of Baron Donati, who’s about to assume a diplomatic post in Paris.  He buys them on a whim, and then meets Andre through his diplomacy work – as well as Louisa . Andre is called away on a mission soon after, leaving the Baron and Louisa to gradually get more and more friendly – and then one day, the Baron gives Louisa the earrings.  She recognizes them immediately – but this time, since they are a gift from the Baron, she thinks more of them.  She stages a similar “rediscovery” of the earrings for Andre’s sake to “explain” their sudden reappearance, but he keeps mum, alerting the Baron to Louisa’s deception instead.  The Baron tries to break things off, Louisa is left desolated, Andre tries to lure her back but the Baron also starts to relent – leading to another passaround of the earrings and a tragic end for all.

I’m usually kind of lukewarm on tragic doomed love triangle plots, and this is no exception. I didn’t hate it or anything, I was more indifferent, and my appreciation for the film was more technical.  Ophlus dispatches the process of the Baron and Louisa falling in love via a montage of the pair appearing at various balls, having the same conversation; the Baron remarks how long it’s been since they’ve seen each other, Louisa politely greets and then rebuffs another admirer, and then the Baron asks if Louisa’s heard from Andre.  With each conversation, however, the length of time since their last meeting grows shorter, Louisa’s brush-off of the other man gets colder, and the Baron waits longer and longer to ask about Louisa’s husband – until the dance when he skips asking altogether, and they just go on dancing.  It makes the point nicely.

I do have one nit – for the life of me, I cannot see what obscuring Louisa’s last name adds to this film.  It’s a conceit that filmmaker Max Ophuls carries over from the book which inspired it; throughout the book her name was essentially rendered as “Madame de [Blank]” in a gossip-columny touch of realism.  It’s much easier to do that in a book – but nevertheless, Ophuls tries to come up with little “obscured name” dodges here and there throughout, like showing a place card at a dinner party with a scarf conveniently draped over her surname.  Or having a couple extras gossip about the Madame, and right when one of them is about to refer to her by name, someone else interrupts.  We honestly didn’t need these shots, and it comes across as a gimmick that the film really doesn’t need.