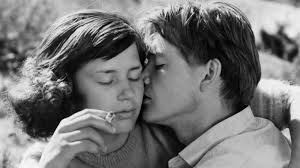 There’s an exchange that made me chuckle early on in this film – a group of old men, who serve as an occasional Greek Chorus, watch the two leads meeting and flirting in a café.  “I guess spring’s here,” one remarks.  One of his buddies replies: “Yeah.  Damn it.”

Summer With Monika is, in a sense, about that gulf between our leads and those old men, and how one can turn into the other. Harry (Lars Ekborg) is an errand boy in a dish factory in Stockholm, and Monika (Harriet Andersson) is a clerk in a grocer’s. They’re also both barely grown, both bored with their jobs, and both young and cute. So when the spunky Monika asks Harry for a match to light her cigarette one day, she quickly adds on some flirty chat and a demand they go see a movie together. The placid Harry is quickly swept off his feet to the point that he daydreams through his next shift at work – and the next several shifts, as he and Monika’s flirtation quickly heats up.  Then Monika turns up at his house a few days later, suitcase in hand and declaring that she’s quit her job and run away from home and needs a place to stay. Harry’s house is no good – his father’s in the hospital, but his aunt is a frequent visitor – so Harry quits his own job, and they steal his father’s boat and set off for the archipelago just outside Stockholm, spending a summer camping out and living wild. 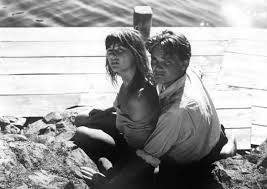 Things are idyllic at first – hopping from island to island as they choose, having beach campouts, stopping in at summer dances, al fresco sex.  Even Monika’s discovery that she’s pregnant doesn’t dim the glow – at least at first; they daydream about how they can get married, and Harry will go to night school and then get a swell job while Monika can take care of their little one and dress it in pretty clothes and care for the luxurious house they’re bound to get with Harry’s swell salary.

Of course things don’t turn out quite that rosy.  The pair do return to Stockholm at summer’s end, and they do get married – but Monika’s still just a teenager, and is soon frustrated at having to take care of their daughter while Harry is always out at work or at school. They’re struggling to stretch Harry’s meager salary, and Monika longs for the freedom to buy the pretty clothes and movie tickets that seemed to come easily to her before. And soon, while Harry’s out at work, Monika’s eye starts to wander again… 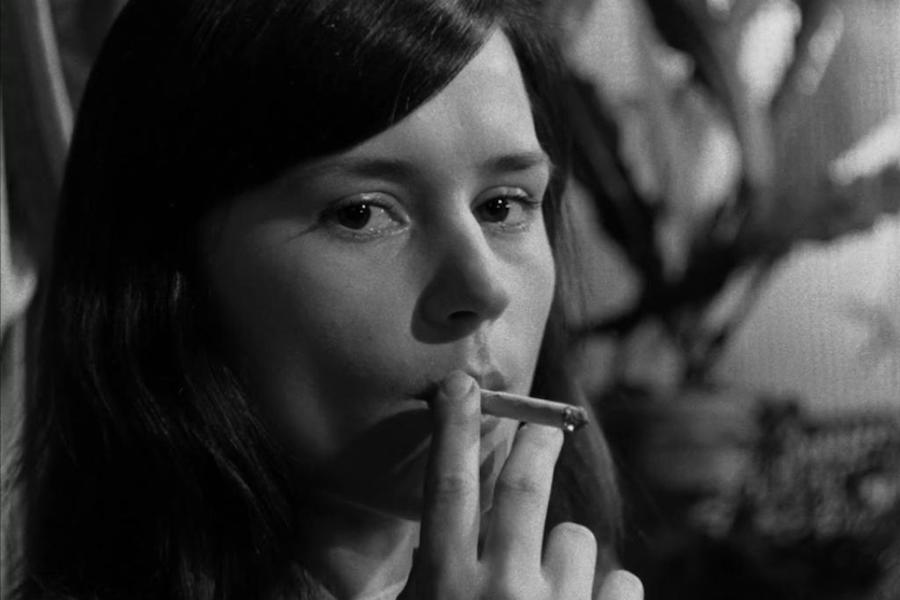 A review I’ve just noticed on Letterboxd compares it to Wes Anderson’s Moonrise Kingdom “with the steely Nordic gaze of Ingmar Bergman.”  And there is something to that – I knew, even at the first, that the happy daydreams Monika and Harry were weaving for themselves weren’t going to last.  Real life was going to intrude at some point, and they were going to have to come down to earth.  Monika even seems to suspect it just before their return to Stockholm – Harry suggests that they could see a movie that night, remarking that the last one they saw was right before their adventure.  “We’ve been living in a movie,” Monika says.  It’s an astute note; so it’s all the sadder that Monika can’t seem to handle that adjustment back to reality.  She’s ultimately too young, too spoiled. I thought of her at first as a Manic Pixie Dream Girl, but she’s something simpler – she’s a child.  And so is Harry.  And the bump back down to earth after their summer goes differently for them both. 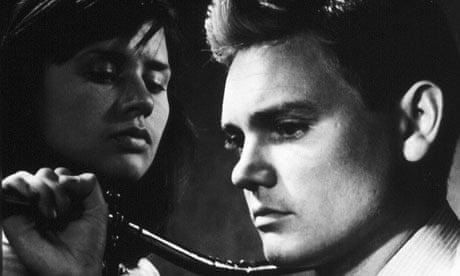 Bergman shoots the two phases of their story differently to emphasize things as well.  Their summer in the wilderness is full of beauty shots of the islands – windswept beaches, sun sparkling on water, gently rustling beach grass.  Even a scene where Monika has stolen some food sees her fleeing back to the boat through a serene leafy grove of trees.  Stockholm City, meanwhile, is cramped, dark, and crowded, especially in the apartment Monika shares with her parents and younger siblings early on.  Harry’s house is a bit bigger, but cluttered with the detritus of his father’s hobbies.  Even the apartment the pair share once married is cluttered; only out on the boat, in the water, were they free. 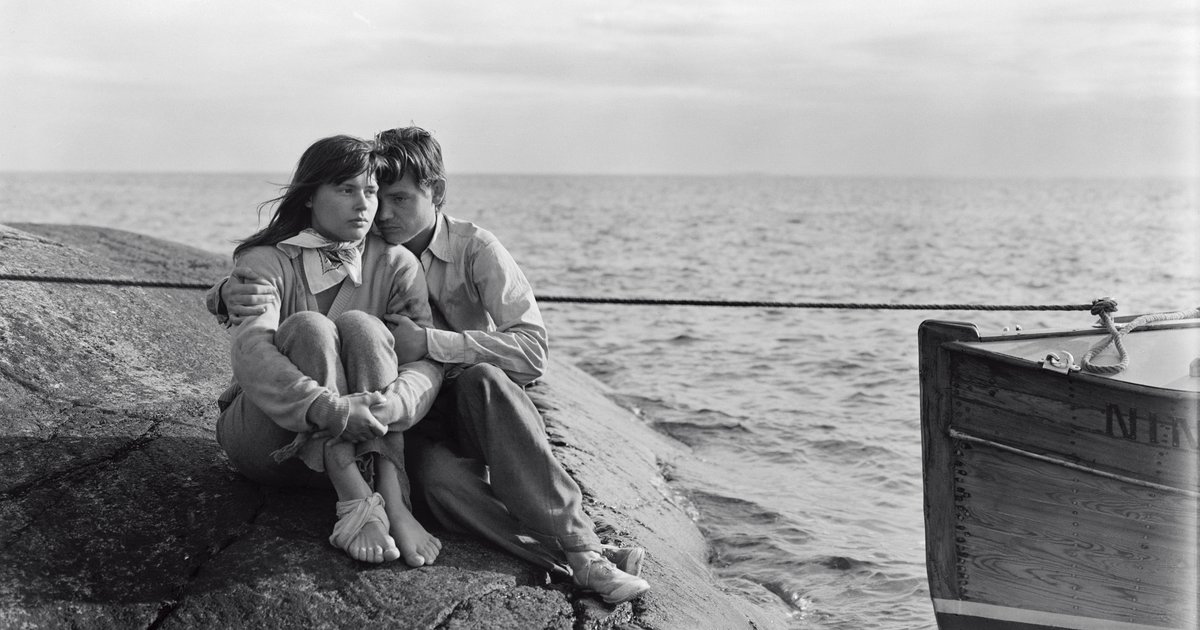 At the time of its release, much was made of the fact that Andersson has some nude scenes as Monika; however, the nudity is comparatively tame, with only a rear view of Monika scurrying to the ocean to skinny dip in one scene, and a moment when she’s sunbathing on the prow of the boat with her shirt top not quite completely buttoned.  It was still enough to titillate American audiences, particularly when a B-movie distributor bought the rights and edited out a third of the film, playing up the nudity and renaming it “Monika, The Story Of A Bad Girl”.