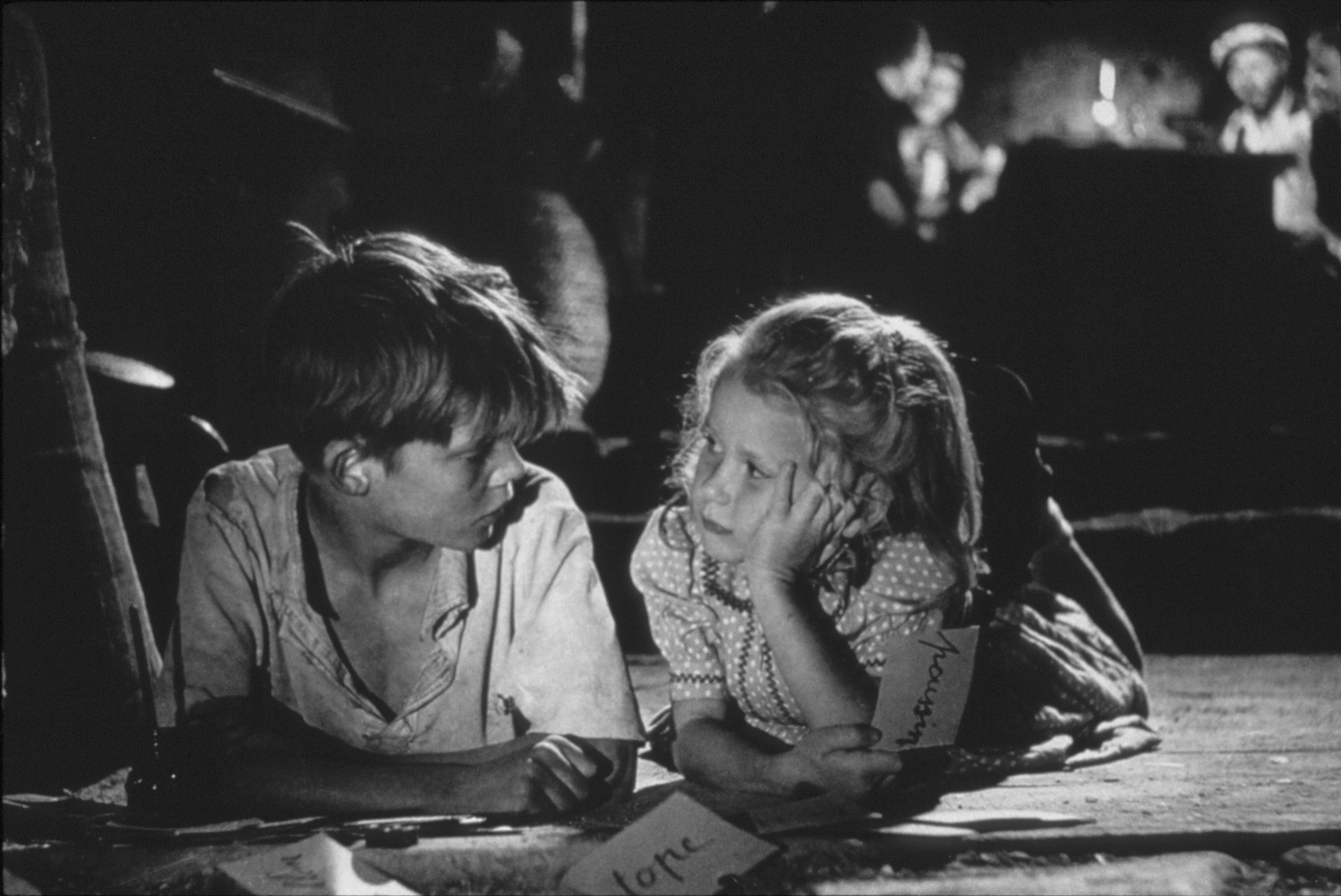 There’s a theory about child psychology I’ve read that states that sometimes, when a child is trying to wrap their head around a concept that is blowing their mind a little, it starts to show up a lot in their play.  I even can think of an example; I remember going through a phase when I was seven where I was obsessively play-pretending to be a pregnant lady giving birth. I wasn’t the only second-grader doing that at recess, either; and I think that’s because that same year there was a TV special  dealing with pregnancy and childbirth that I and several other kids were encouraged to watch. While I don’t remember being frightened or traumatized by the show itself, I think that the way we were all behaving suggests that on some level, we were a little uneasy and were trying to process what we’d seen.

Along with childbirth, war and death can also be huge concepts for kids to wrap their brains around; the “forbidden games” in this film are one little girl’s efforts to sort through both, and the efforts of a young playmate to help her.  Paulette (Brigitte Fossey, age five at the time of filming) is fleeing to the French countryside with her family during the outbreak of the Second World War, but get trapped on a bridge during an air raid, with both her parents and her beloved puppy Jock getting shot during the strafing. The dazed Paulette wanders away from the chaos, cuddling Jock’s corpse, and runs into Michel (George Poujouly), the youngest son of a nearby farmer.  Michel’s family takes her in, entrusting Michel with most of the babysitting duty.

Michel isn’t the most nurturing of carers, but he must sense that Paulette’s going through some stuff – because the following day, when the pair go to bury Paulette’s puppy and she balks, Michel suggests finding another dead animal and burying it there too, making a little cemetery.  “Good, my puppy won’t be lonely!” Paulette innocently agrees. For most of the film they busily work away on their “cemetery” – collecting the bodies of dead bugs and birds and rats and such from around the farm to bury, parroting the words from different prayers over the bodies as they do, and fashioning little crosses out of sticks.

Any of the adults who look in on them may think what they do is a bit odd, but at least it’s keeping the kids busy, so they leave them be, despite what is an obvious obsession; when Michel’s older brother dies, he and Paulette spend the whole funeral in a whispered conversation about the crosses marking all the other graves, speculating which animal each one would be best suited for.  Then Michel has the idea to steal some of those crosses for their own cemetery, and the adults start to realize that maybe things are getting a little out of hand. 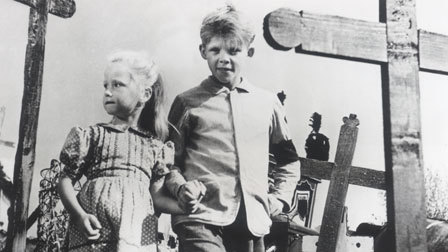 The way that the script deals with the kids’ little world is one of the two things that most impressed me.  For most of the film we are looking at everything through their eyes – understanding things on their terms, seeing the things they care about, only hearing the conversations that capture their attention.  The script seems to suggest that the reason Michel is so into the game is for Paulette’s sake; he’s drawn as a very protective big-brother figure, interceding with his family to take her in, rushing to comfort her when she cries in the middle of the night. But one scene suggests that Michel may be processing some stuff too – when the kids are making crosses and a cockroach crawls by, Michel flips it over and stabs it, saying that now they can bury it. “But you killed it!” Paulette protests.

“I didn’t kill it,” Michel says matter-of-factly.  “A bomb did.”  That line, so casually tossed off, rang so true; kids that are going through trauma aren’t crying or having tantrums round-the-clock, after all, and can be chillingly numb when they talk about the horrible things they’ve seen and experienced.

The performances are of course the other thing that impressed me. Brigitte Fossey was, again, only five when she was cast as Paulette, and gives an amazingly true-to-life performance.  Director René Clément seems to have had an uncanny sense of how to direct children; Fossey is still alive, and in interviews has said that all she remembers of the direction she got is that Clément would occasionally tell her when she needed to cry a little more. It seems that Clément knew when to just stand back and let the kids at play be kids at play, rather than trying to get the kids to emote.  What Clément ended up with is therefore hauntingly real.