So, this time it was Roommate Russ who dozed off in the middle of this film.  When I teased him a bit about that later, he pointed out that “what’s probably telling, is that it happened during a scene where there was a bullfight.”

This modern spin on the Flying Dutchman legend wasn’t all bad, mind you.  It’s got some gorgeously composed shots, the art direction is really rich, and there’s some visual storytelling that’s pretty clever. Roommate Russ confirmed that’s why he watched; he hadn’t planned on joining me for this one, but the visuals caught his eye from the next room and he wandered in.

The problem is that those visuals are supporting something of a hokey and pretentious story. The “Pandora” of the title is Pandora Reynolds (Ava Gardner), a pretty, spoiled socialite and former singer living in a Spanish seaside resort in the 1930s.  She’s surrounded by male admirers – a world-class matador, an English race car driver, other singers – but she doesn’t really seem to notice them, much less return any of their affections beyond just toying with them.  During an outing with the race car driver, Stephen Cameron (Nigel Patrick), she even teases him that if he really loved her he’d push his car off a cliff.  When Stephen unexpectedly does exactly that, a bemused Pandora accepts the marriage proposal that comes immediately after. 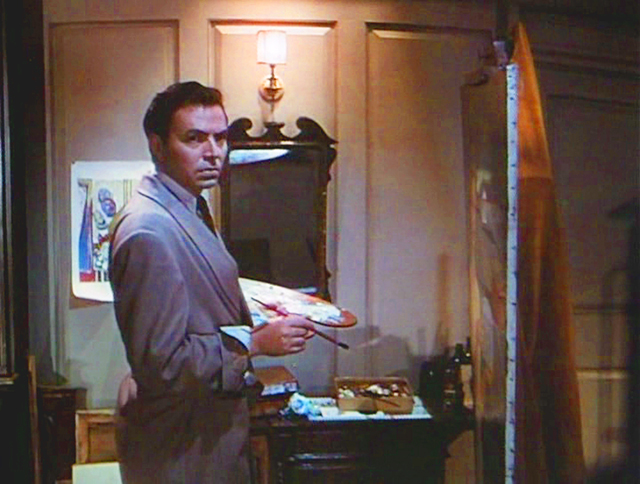 But their wedding is far enough in the future that Pandora has a chance to meet an intriguing Dutch stranger who turns up in the harbor one night; or, rather, she forces a meeting by impulsively swimming out to his boat.  It’s an opulent yacht, empty save for its captain, Heinrik van der Zee (James Mason).  Van der Zee is of course the famous Flying Dutchman, who in this story has been cursed to roam the seas because he’d murdered his wife over rumors of her infidelity.  She was innocent, and he is now doomed to roam the seas ever after, coming ashore for six months at a time every so often in search of a woman who would give up her life for him willingly.  Van der Zee perhaps recognizes a kindred spirit in Pandora, and they start keeping more frequent company – and start warming to each other.  But when Pandora comes close to declaring her love – and perhaps freeing Van der Zee from his curse – he realizes that he actually loves her too much to ask for that sacrifice, and pushes her away.  But of course that just makes Pandora all the more determined to win him over – and more in love.

That part’s just the hokey part.  The pretentious part is the dialogue itself – highbrow, self-indulgent analyses of love and poetry and emotion.  And when Van der Zee and Pandora aren’t talking, they’re staring at each other with tortured expressions, or casting their eyes heavenward, seeking supplication. 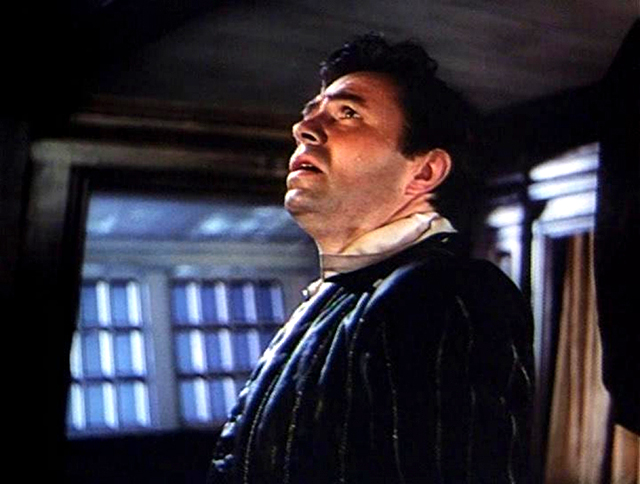 Director Albert Lewin – who also wrote and produced the film – has also given his cast occasional “significant” bits of business, like with the local archaeologist who ultimately narrates our story (oh, yeah, there’s a narrator, who breaks the fourth wall to address us).  Early on he speaks of the story of Pandora and the Dutchman coming together in “fragments” – and as he says this, he is contemplating the smashed pieces of an ancient Greek vase.   He’s restoring the vase as he tells us the tale, and the vase is complete at the movie’s end.  It’s doubtless all meant to be super symbolic and deep – but I thought it just looked obvious and exaggerated. 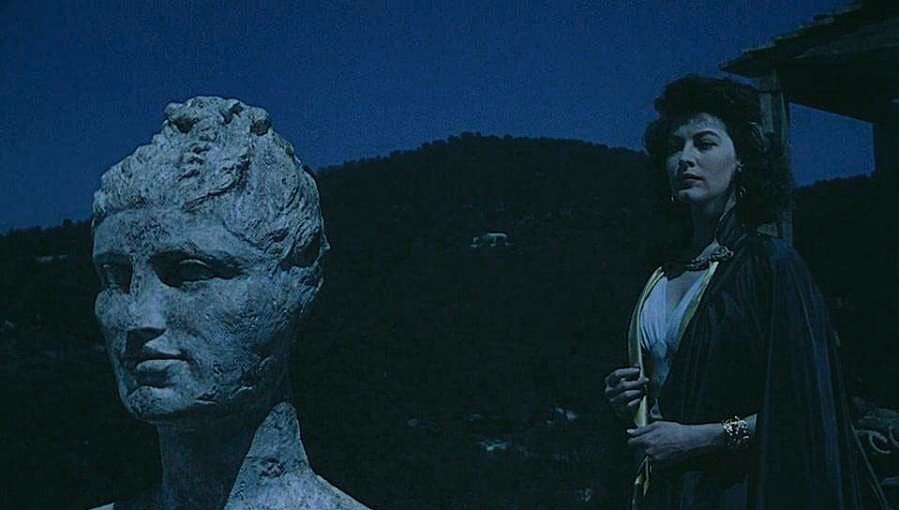 And yet gorgeous in a way that sometimes edges into the surreal.  Pandora is friendly with our narrator character, to the point that she sometimes hangs around his house in the evenings – which might have just been an excuse to pose Ava Gardener next to giant sculpted figures in moody light.  Ironically, I’d have preferred if they’d leaned even more into that surrealism.  The script that we got instead didn’t feel like it supported it. 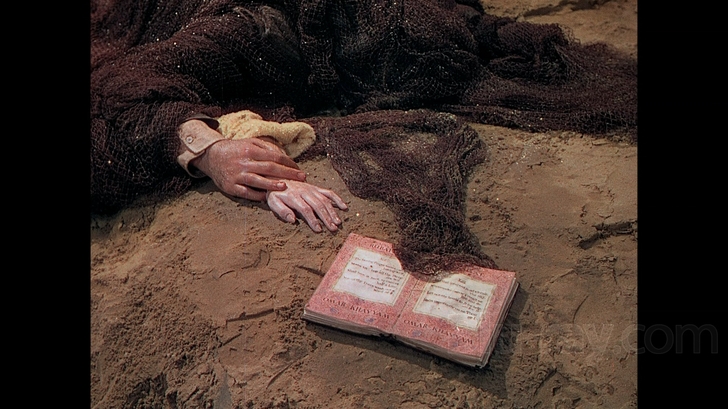 Most audiences apparently felt the same way during the film’s initial release, finding it pretentious as all hell.  The visuals are what have apparently won people’s favor over the years – but I’m afraid I can’t get past the story itself.