I realize, with some embarrassment, that it has been nearly two weeks since I gave you all a review.  There are some good reasons for that – one is that about two weeks ago I was going through a job change, which is an event that brings its own level of personal chaos.  Another reason is that it was two weeks before Christmas and I was deep in the throes of the usual round of gift shopping/meal planning/holiday prep that we all go through, trying to juggle that with wrapping up things at an old job before delving into a new one.  Both perfectly understandable reasons for my putting the blog on pause, I hope you’ll agree.

But there’s another reason – it’s because the film I had next to review was 1951’s A Streetcar Named Desire, and for several reasons I had no idea what I wanted to say. 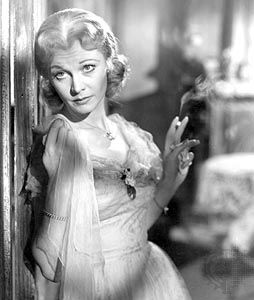 I hadn’t seen the whole film before.  But I was absolutely familiar with the story – because of the play, which we all extensively studied in scene classes when I was in college, or dissected in theater history courses or debated in dramaturgy courses or the like.  I have been over and over this play, and even tried playing Blanche once in a scene study course in 1991 sometime (it is a mercy no record of that performance exists because oh my god I was bad), and I even read the original when I was about fifteen and hip-deep in my theater-kid phase.

So you would think that I would have caught on to the instances of sexual assault and misconduct that are throughout this play before now, but somehow most of them completely flew over my head.

In my defense, the stage script plays things pretty coy.  It’s left a little vague as to why aging southern Belle Blanche (Vivian Leigh) has had to flee to New Orleans so suddenly, and what’s happened to the old family home where she grew up with her sister Stella (Kim Hunter). The film downplays things even more, tweaking parts of the ending and toning down some of the sexual tension between Blanche and her brother-in-law Stanley (Marlon Brando). The original censors during its 1951 release made director Elia Kazan tone things down even more still, dialing back some of the more sexually-charged scenes between Hunter and Brando as well; that’s the version I would have seen, before a 1993 re-release put those scenes back.

And I wasn’t totally clueless either. I know that Blanche is attacked by Stanley towards the end; I knew that it comes to light that Blanche liked the company of barely-legal boys a little bit too much.  I understood that Stella and Stanley have a complicated relationship.  I’d also read all of that when I originally read the script.

And yet – and I’m warning you, I’m going to get into some spoiler territory here – I somehow, after all that, had it in my head that Stella never finds out about Stanley assaulting Blanche.  At the very end, when Blanche is being brought to an asylum, I’d assumed it was because she was keeping Stanley’s assault a secret, and it was driving her mad.  But during this bit of the film, during this rewatch, I nearly dropped my drink when Stella tearfully confesses to a neighbor that “I couldn’t believe her story and go on living with Stanley!”

…So, instead of Stella being an innocent bystander and Blanche suffering in silence – the film is saying that Blanche had actually told her what happened, and Stella decided not to believe her sister. 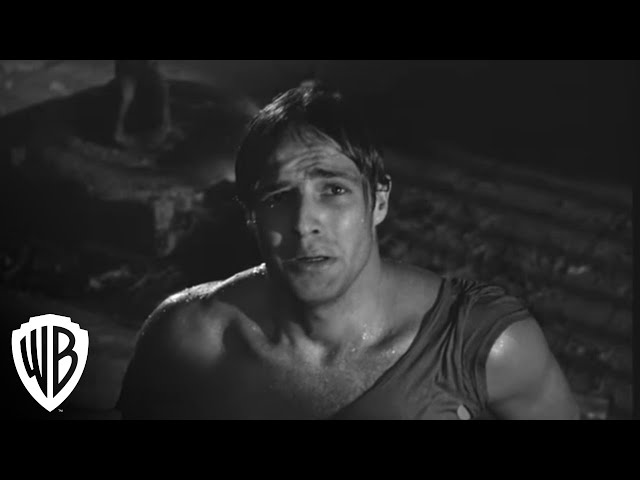 I mean, the film goes make up for that betrayal a bit; in the original play, Stella is left to cry in Stanley’s arms as Blanche is being carted away, the play implying that they’re going to leave Blanche in the madhouse. The film adds a shot of Stella storming out of the apartment soon after Blanche leaves, running upstairs to her neighbor Eunice’s house as Stanley plaintively calls “Stellaaaaaaaa!” after her and implying that Stella’s finally gotten fed up with him.

I even knew about those scenes.  But somehow – and I can’t tell you why – it is only just now that I noticed that plot point, that Stella had been told of Blanche’s rape and had chosen not to believe it. 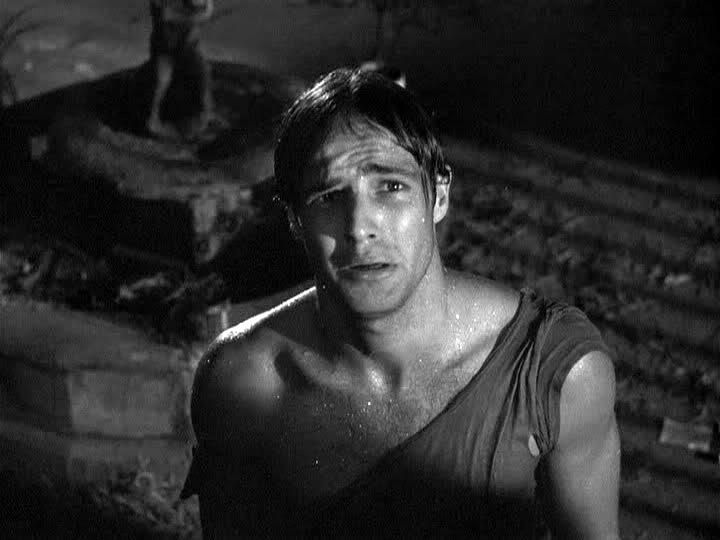 I’ve been thinking a lot over the past couple weeks about what has changed to make me finally see that, after years of reading and study of the play.  Maybe it’s that I’m finally coming to see the play as more of an adult; maybe I’ve had more experience with the world, with sex, with betrayal.  Maybe it’s having seen the #MeToo movement start to introduce these discussions into the public commons.  Maybe, in some ways, I’m simply starting to pay more attention.

But the fact that I was that blinkered to that big a plot point for that long has bothered me in ways I can’t articulate well, and will be thinking about for a while.