I feel that at this point I can get away with breaking out this riff again:  “It’s a film noir, you know the drill.”

Okay, it wasn’t that bad.  Asphalt Jungle is yet another look at the criminal underworld – gangsters, criminals, robbers, mob bosses, corrupt policemen, and crumbling streets.  In this case, the action follows a whole web of people drawn together in a conspiracy, concerning a jewel robbery in a smallish city and the many parties brought in to launch the plan and cover it up.  And there are indeed many parties – from “Doc” Riedenschneider (Sam Jaffe), the recent parolee who thought up the plan while still in prison, to lawyer Al Emmerich (Louis Calhern), the corrupt lawyer putting up the money to hire the hired help and turning a blind eye to the caper in return for half the profits.  And there’s Dix Handey (Sterling Hayden), a criminal mercenary who’s only in the game trying to win big and buy back his family’s Kentucky horse ranch.  There’s a handful of other characters as well – smitten girlfriends, corrupt beat cops, your usual assortment. 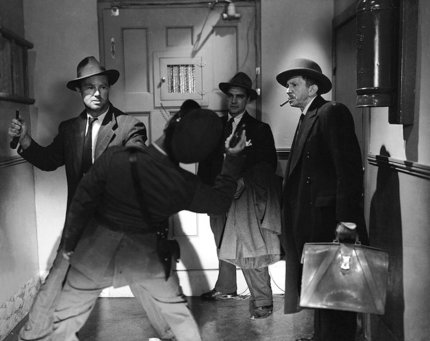 And yet the film caught my attention as time went on; it’s almost inevitable that the group’s plans go bust. But watching specifically lets you explore just how it does – a little petty jealousy here, a little distraction there, an errant gunshot here, a sharp-eyed witness there…the first half of the movie painstakingly sets up the machinations of the plot, while the second (the part I ultimately liked better) showed how the unknown elements both within and without the group caused the whole thing to collapse. It was like watching someone setting up an elaborate domino stunt and then getting to watch the whole thing finally fall down. And that got weirdly fascinating.

On the other hand, the script saw fit to throw in some painfully earnest lines about the nature of crime, the civilizing influence of the police, and the folly of man.  The plot lead me to forgive most of it, but there was still some dialogue towards the end – especially in a scene when the police commissioner is lecturing some reporters – that nearly made me cringe. 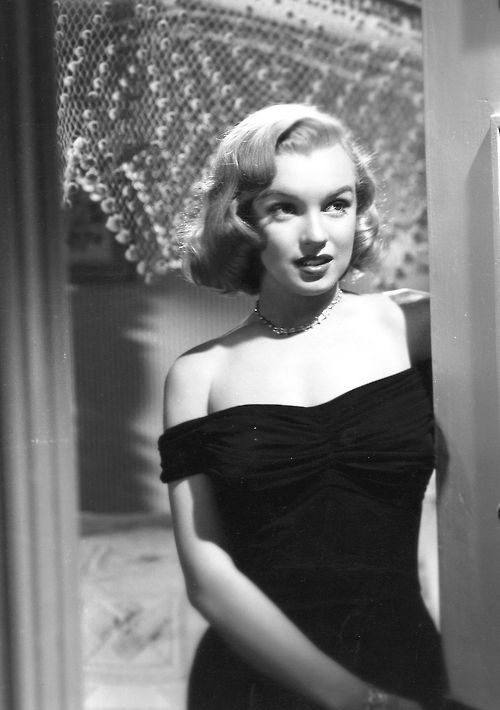 Of special note: this was Marilyn Monroe’s first big part, playing the mistress of the disgraced lawyer.  I’ve had the breathy sex-kitten “Happy-birthday-Mister-President” image of Marilyn in my head so long that I literally didn’t recognize her when I first saw her – and through her biggest scene, I was squinting at the screen and thinking “dang, that looks a lot like Marilyn Monroe, I wonder who it actually is?”  This was a very different Marilyn – still kittenish, but with more sincerity than campiness. I was pleasantly surprised, especially with how she handled what were some pretty cheesy lines.