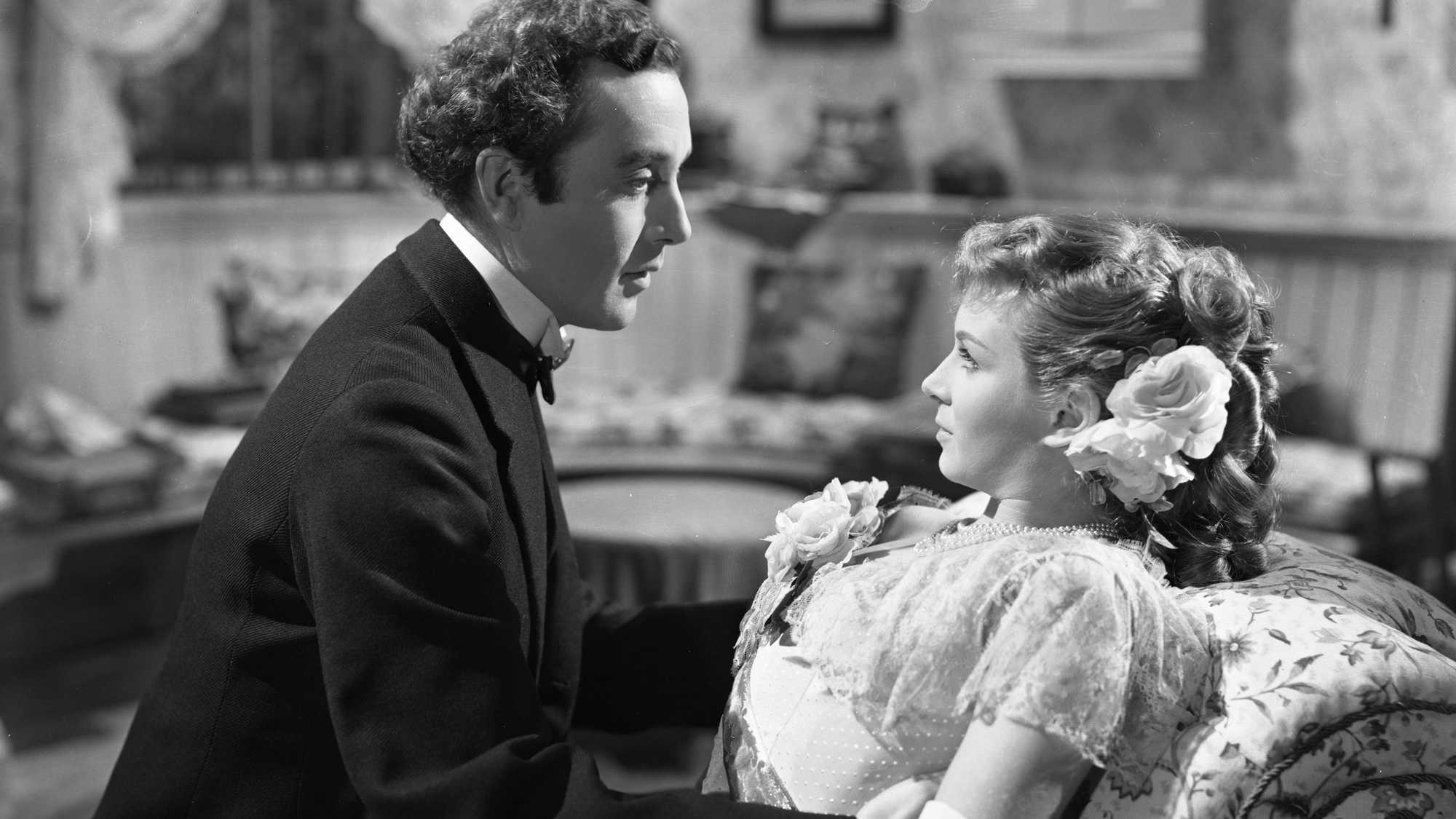 I have the strange feeling that comedies from Britain’s Ealing Studios, like this film, are going to give me a better understanding of Monty Python. Kind Hearts and Coronets didn’t have Python’s absurdism, but its dark comedy and spoofing of class and upper-crust manners felt very familiar. As did one instance of drag.

The whole story is framed as a sort of last confessional memoir, written by a young nobleman, Louis D’Ascoyne, the 10th Duke of Chalfont (Dennis Price), on the eve of his execution.  He’s pretty matter-of-fact about his impending death – and as we soon learn, that’s because he’s been found guilty of murder. 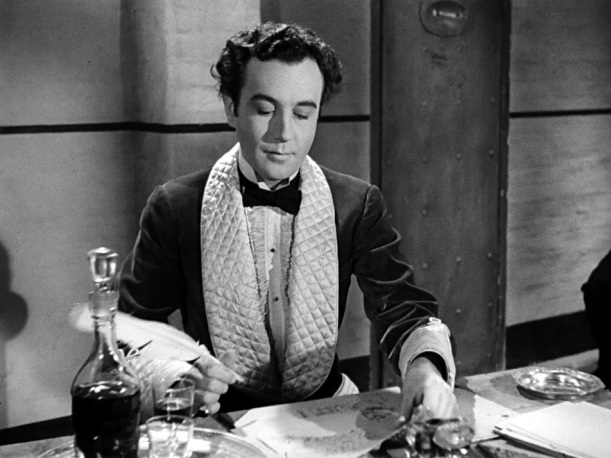 Louis was the son of a disinherited member of his family; his mother had eloped with an opera singer, living with him in happy poverty until Louis’ birth. But when the family fell on hard times and his mother wrote home asking for help, they turned their backs. Louis tries reaching out when his mother died, hoping to at least have her buried with the rest of her family; they refuse this too.  And that is when Louis concocts his plan. As his mother told him, in their family, the bloodline also runs through the women; so whether the family wanted to admit it or not, he was a valid claimant to the Dukedom.  All that stood in his way of the title were a handful of other family members with closer succession.  Considering this, Louis decides to murder his way to the title.

Most of the film is a chronicle of Louis suavely befriending and then dispatching the various other D’Ascoynes – each in a slightly ridiculous fashion. A doddering priest is poisoned, a pompous general is blown up with a bomb smuggled inside some caviar.  The suffragette is killed during a publicity stunt; she’s commissioned a balloon to carry her over the city so she can drop leaflets, and Louis waits by his window with a bow and arrow for her to sail past.  (The ensuing narration got a chuckle from me: “I shot an arrow in the air, it fell to earth in Berkley Square.”)  Complicating things slightly are Louis’ two romances; first with Sibella (Joan Greenwood), a childhood sweetheart who married someone else for money but then starts canoodling with Louis again, then with the Lady Edith (Valerie Hobson), the genteel widow of one of Louis’ victims.  Louis of course strives to keep his ambitions from them both, and also keep them from each other.  Eventually he’s going to have to choose one as his Duchess; and just as the Dukedom is in his grasp, Sibella threatens him with blackmail in an effort to force his hand.  Is it going to blow the whole plan? 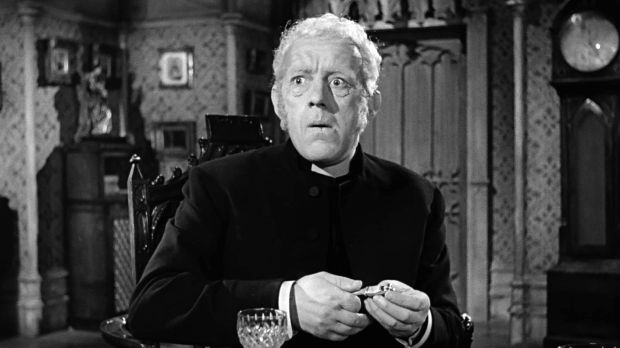 I’ve saved some of the best casting for last, because it really is the standout performance; or, rather, set of performances.  For it is Sir Alec Guinness who plays all nine of the D’Ascoynes that Louis kills off – and manages to pull it off.  To be fair, in some cases the D’Ascoyne in question only enjoys a few seconds of screentime and thus all that distinguishes them is a change of costume or wig. But his take on the playboy Ascone D’Ascoyne is distinct from the banker Lord D’Ascoyne, which is distinct from the priest, which is distinct from the photographer…and even his take on Lady Agatha, the suffragette, manages to avoid verging into camp even though he’s in a frilly hat and a dress with a bustle.  For someone of my generation, for whom the name “Alec Guinness” is synonymous with “Obi-Wan Kenobi” and that’s it, this was a good wake-up call. 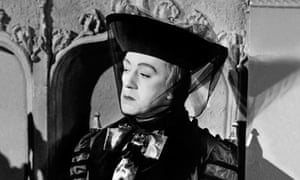 Just as Guinness in drag stays clear of camp, the tone of the whole thing also manages to stay clear of farce.  This is a very dry comedy, feeling almost stereotypically what people think of as “English” – genteel, prim, and mannered, with one’s standing and reputation in society being the be-all and end-all.  It’s exactly the kind of tone that would put me off if this were a more serious film, honestly – but in this case it’s used as the filter for someone who is methodically committing fratricide and regicide in one fell swoop.  That kind of disconnect between tone and action is something that the Python team did a lot – they just took it to more absurd lengths.  I’m suspecting that I can see some of the Python DNA in this film, and with some more Ealing comedies ahead of me I suspect I’ll see even more.