Odd Man Out is a film I’m going to be thinking about for a while.

I’ve only just this minute realized how surprising it is that this film exists; it’s a British and Irish collaboration, made only 20 years after the Irish revolutionary war.  That’s like if a Hollywood studio had teamed up with a film company in Saigon in the 1990s (there was a 1993 film set in Vietnam, but that was Hollywood collaborating with France).  Not only that – it was only 20 years after the Irish revolutionary war, and opens with a faction of the IRA robbing a factory’s office as a fundraising move.  True, they all refer to themselves as “our organization” instead of using the name, but you know exactly who they mean.

That raid and the resulting fallout is…well, it’s not the plot, it’s more like the catalyst for the plot.  James Mason plays Johnny McQueen, the head of this particular faction of…”the Organization”.  He insists on leading the current raid, even though he’s been hiding from the law for six months after a prison escape and has started questioning whether diplomacy might be better. The rest of the team thinks he’s not quite ready for action yet, and his girlfriend Kathleen (Kathleen Ryan) would rather the two of them slipped away to the country. But Johnny swears he’s up for the gig and swears to Kathleen that he’ll be fine for just one more job, and then they can take off.  But then things go pear-shaped when Johnny ends up scuffling with a guard during their escape, killing the guard and taking a serious wound himself.  The rest of the team loses him in the shuffle and Johnny’s left a fugitive fending for himself. 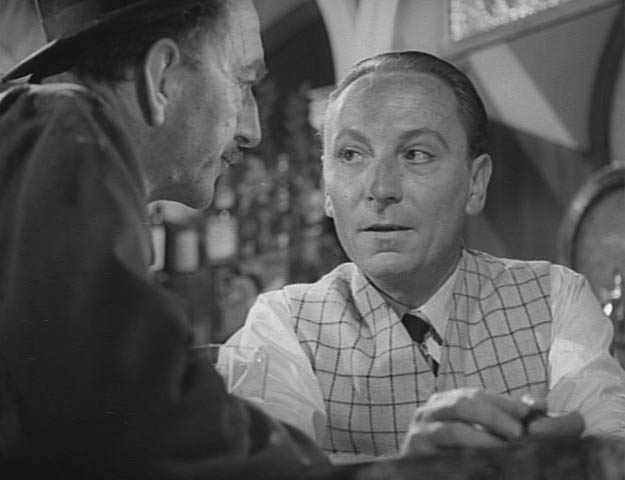 And that’s when the story really gets interesting.  A title card at the top of the film primly insists that this story is “not concerned with the struggle between the law and an illegal organisation, but only with the conflict in the hearts of the people when they become unexpectedly involved.”  James Mason is ostensibly the star, but he actually doesn’t do a whole hell of a lot aside from wander from one encounter to another, then collapse into a corner and look weak; the people Johnny meets in his travels are who this film is ultimately really about, as Johnny makes his way around the city searching for shelter and safety.

Everyone else in the film Johnny meets is confronted with a choice – he’s a fugitive member of an illegal organization (one which some quietly support), but he’s also a human being bleeding out from a gunshot.  Everyone finds their own way to square that circle; try to help Johnny while keeping their own hands as clean as they can, from the fussy matrons who bandage his arm before sending him back outside, to the barkeep (played by a pre-TARDIS William Hartnell) who sees him stagger into a snug and lets him nap there before sending him along after closing, to the cabbie who smuggles him to an out-of-the-way junkyard and leaves him there, telling him to “make sure your mates know I helped you”.  There are also those who prey on Johnny’s desperation – the drifter who sees Johnny in one of his hiding places and then tells Kathleen he’ll let her know where he is if she pays him, or the drunken painter who drags him into his studio to sit for a portrait (Johnny’s being near death gives his eyes the exact kind of haunted look the artist favors).  And it’s these characters’ choices, and what those choices say about them, that is the real meat of this story – where everyone sees themselves in the miasma of politics that was post-war Northern Ireland, and how far they’re willing to risk their own safety to help another human being. 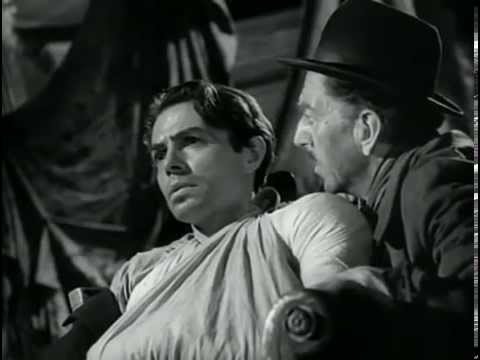 When it comes to stories about Ireland and The Troubles, I tend to be a little more critical than most; one of my good friends is Irish, and we’ve had a few conversations about that region’s history and the exact nature of the IRA.   Here in the United States, your average person doesn’t know much about Ireland’s history, which left a gap for the IRA to shift the narrative on this side of the Atlantic; in Ireland itself, though, the IRA of the 1970s and 80s was treated as a terrorist organization.  A lot of the films I’ve seen that deal with “The Troubles” have been disappointingly one-note in their politics; prior to this film, the only time I’ve seen anything like a nuanced response was in the U2 concert film Rattle And Hum, in the sequence when the band does “Sunday Bloody Sunday”. That bit was filmed on the same day as an IRA attack on a veteran’s parade in the Northern Irish town of Enniskillen, and Bono stops mid-song to deliver an absolutely blistering condemnation of both the IRA’s violence and of the rest of the world’s ignorance of the politics involved.  This film is a quieter statement – a reminder that whereever your politics fall, in the end we’re all people, all trying to make the best choices we can.