I mean, this was fine.  Robert Mitchum is Jeff, who’s going by “Jeff Bailey” at the top of the film but is actually named “Jeff Markham.”  The name change is because he’s a former detective who’s been hiding out in small-town California, trying to escape the fallout from a previous case that didn’t end well.

His previous client, Whit Sterling (Kirk Douglas, in an early role) had hired him to track down his girlfriend Kathie Moffatt (Jane Greer); Kathie had supposedly shot Sterling and stole 40 grand.  Jeff found her alright, but Kathie pleaded innocence, then seduced him into running away with her.  When Kathie ran off after a few months, Jeff kept on the run too, changing his name and opening a gas station in tiny Bridgeport, CA. 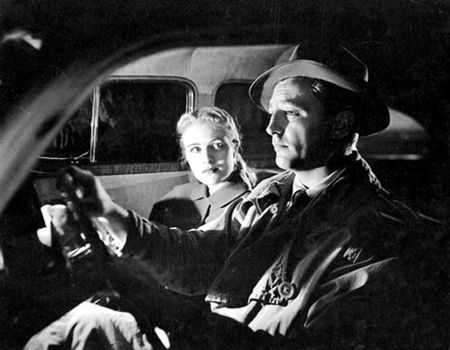 The story of Jeff’s case and Kathie’s betrayal is all told in a flashback as Jeff – accompanied by his current girlfriend Ann (Virginia Huston) – drives to confront Whit after Whit’s men finally track Jeff down.  He’s got to just suck it up and take his lumps, he tells her. When they reach Whit’s house, Ann wishes him luck and takes his car home for him. Jeff takes a deep breath, goes inside to meet Whit – and is stunned to see that Kathie is also there with him. 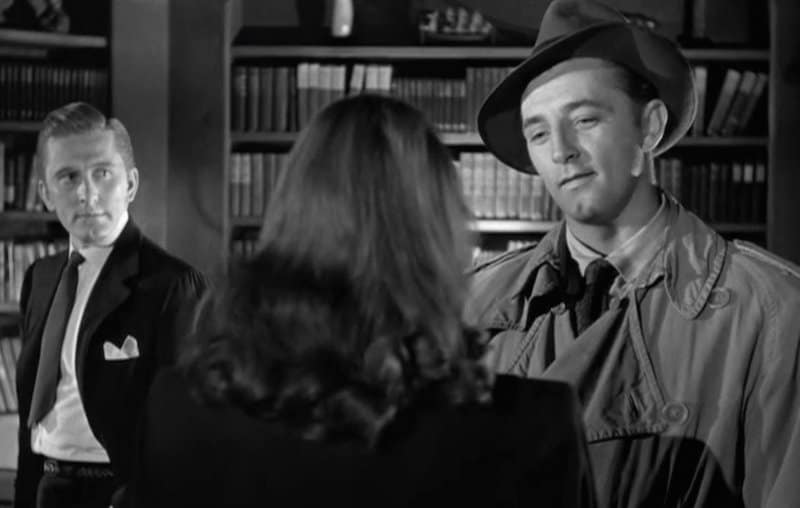 So Kathie was okay? Sure, she insists. She went back to Whit willingly.  And Whit isn’t mad at Jeff?  Of course not, he insists; Kathie’s back with Whit, it’s all good.  No, they contacted Jeff because they have one last job for him, something that will help Whit get of a sticky back-taxes situation. Whit and Kathie lay out a complicated plan for Jeff, involving Whit’s tax lawyer, the lawyer’s paralegal, and a set of files hidden in a safe.  Here, Whit will even send one of his goons along with you as backup.  And oh, here, Kathie can go with you too to help.  …Jeff agrees to the plan at first – but something about the plan seems a little unnecessarily complex, and Kathie seems to be unnecessarily introducing Jeff to various people in the plot – almost as if she were making sure people saw him there, as if she’d need an alibi for something later.  So he starts concocting his own plan. 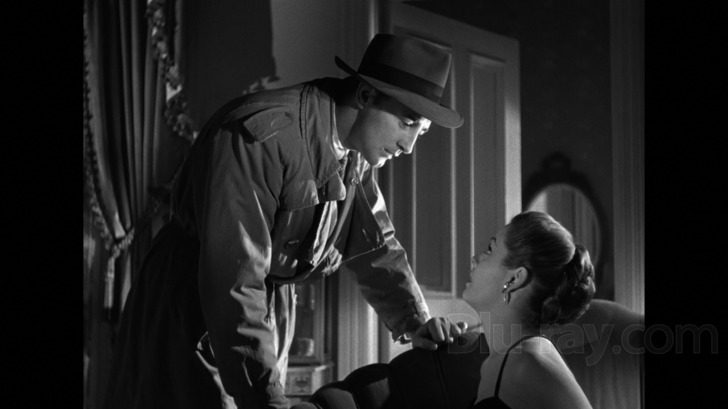 Again, everyone is fine.  The performances are all good, the shots are composed nicely, yadda yadda yadda.  But I’ve realized I’ve been watching a lot of noir stuff, and it’s starting to all blend together in my head now, leaving me with a feeling that “meh, I’ve seen this before.”

I wondered briefly if i should have maybe mixed things up a bit; tried to space the noir stuff out with other post-War films.  But – that’s kind of how Hollywood works, if you think about it, isn’t it?  One film that’s a unique genre is a smash hit, and suddenly the studios fall all over themselves to fill the newly-created demand.  I came of age during the “teen-nerds-make-good-with-a-house-party” phase of the 80s, and I’ve lived to see the “space opera” phase, the “stoner-comedy” phase, the “mumblecore” phase and now we’re in the “superhero epic” phase and are at the beginning of “Live-action-remakes-of-animation” phase.

And there’s also a point in each of those phases where I’ve wanted to see a movie, but all that’s in theaters is “yet another dang superhero movie” or “oh god, another stoner comedy movie”, and I sigh and stay home.  So it’s possible that if this were 1947 I’d be having the same problem, wanting to see a movie and yet all that was there was moody noir melodrama and I’d end up sighing and staying home because “I’ve seen that kind of thing already”.

I realize this says more of me than the film.  I’m okay with that.  Perhaps I owe this a rewatch.