During my junior year of high school, I was stuck in a lackluster U.S. History class along with two of my friends. It was lackluster for us, at least – through a perverse quirk of class scheduling, we all had to take a course that was a bit less academically advanced than suited us (plus the teacher was only a couple years from retirement and didn’t really give a damn any more).

One class the teacher spent the entire period screening an hour-long documentary about World War II – something clearly made at least 20 years prior, with stirring music underscoring footage taken from what looked like newsreels showing battle after battle after battle, soldiers marching hither and yon, scaling mountains and arming guns and rushing after tanks while a narrator breathlessly told the story of victorious battle after victorious battle. It was obviously meant to be inspirational, but my friends and I instead walked out of the classroom shaking our heads over the fact that in the entire 50-minute film, they had only devoted thirty seconds each to the Holocaust and to the atomic bombs in Hiroshima and Nagasaki.  Those two events, we felt, were way more important than a detailed recounting of the exact military strategy behind hour four of the Battle of Kasserine Pass or whatever.

What I’m trying to say is that I think I was predisposed to not like this film.

The Battle of San Pietro is a documentary produced by the U.S. Military during the Second World War, partly as a propaganda move.  There were several such propaganda-mentaries made during the war – most with amazing talent behind them, like San Pietro’s director John Huston.  (Ironically, that high school movie may have been assembled from these films.)  Huston’s focus here was on a battle on the Italian front in 1943 meant to win control of a small but strategically important town on the Axis defensive line south of Rome. 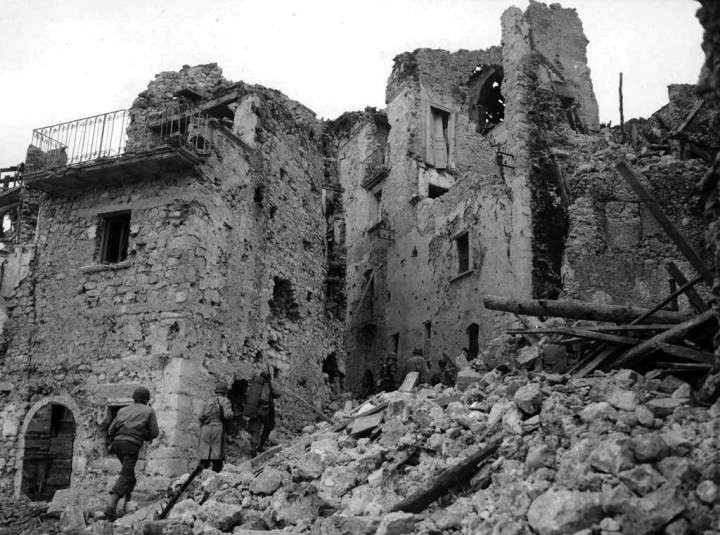 Huston does get in some interesting moments, I admit. The film is bookended with meditations on the day-to-day life in the town of San Pietro – the farms and fields in the country surrounding it, the vineyards and the orchards. Huston – who narrates as well as directs – also gives us a sarcastic tour of San Pietro’s “main point of interest,” a 15th-Century Cathedral devoted to St. Peter which has been thoroughly destroyed in battle. “Note the interesting treatment,” Huston’s voice dryly commands, as the camera pans over the rubble of the ruined altar.  The ending is more hopeful, giving us a good five minutes’ worth of the residents of San Pietro starting to clean up and rebuild as their kids all stand around smiling shyly at Houston’s camera.

But most of the film concerns the battle itself, with repeated references to a map of San Pietro and the surrounding mountains, marked up with annotations detailing the exact units involved in the battle and arrows pointing to the exact positions they were going to be taking and someone using a stick to helpfully trace the paths they would take as they stormed Mt. Mungo and oh my god i was so bored, it was like being in Mr. Lynch’s history class all over again.  Even with the re-enactments of key points from the battle that Huston set up.  They were technically well done, I admit – Houston was so good at re-staging the battles and making things look realistic that for a while he claimed he’d filmed the actual battles, and got away with his claim for nearly 50 years.  But all the technical skill can’t help if your audience doesn’t care what you’re trying to say with it, and I didn’t care about the exact path the seconds squadron took to claim Hill 950 or whatever the hell it was. 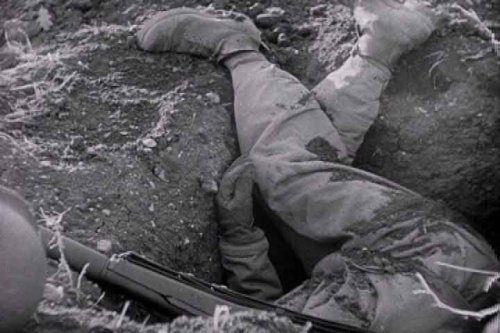 One bit of realism got my respect, though – the shots of wounded and dead soldiers mixed in with the battle scenes. That was something that classroom film glossed over, but in San Pietro, Huston includes lots of shots of the dead – soldiers being stuffed into body bags or sprawled on the ground or drooping over the edge of trenches, or civilians felled in fields or half-buried by rubble. One short but poignant sequence comes towards the end, as the San Pietrans are reclaiming the town; a pair of shots show some workmen all helping to dig out the rubble of a ruined house, and they unearth a woman’s body. Houston shows us both the woman being unearthed – and the reaction of a man, presumably her husband, collapsing in grief.  War is cruel – especially to the soldiers, and Huston doesn’t shy away from this.  Even in a scene right after the battle, where a bunch of soldiers are kicking back and grinning at the camera, Houston notes that most of these men would go on to be killed in future battles. 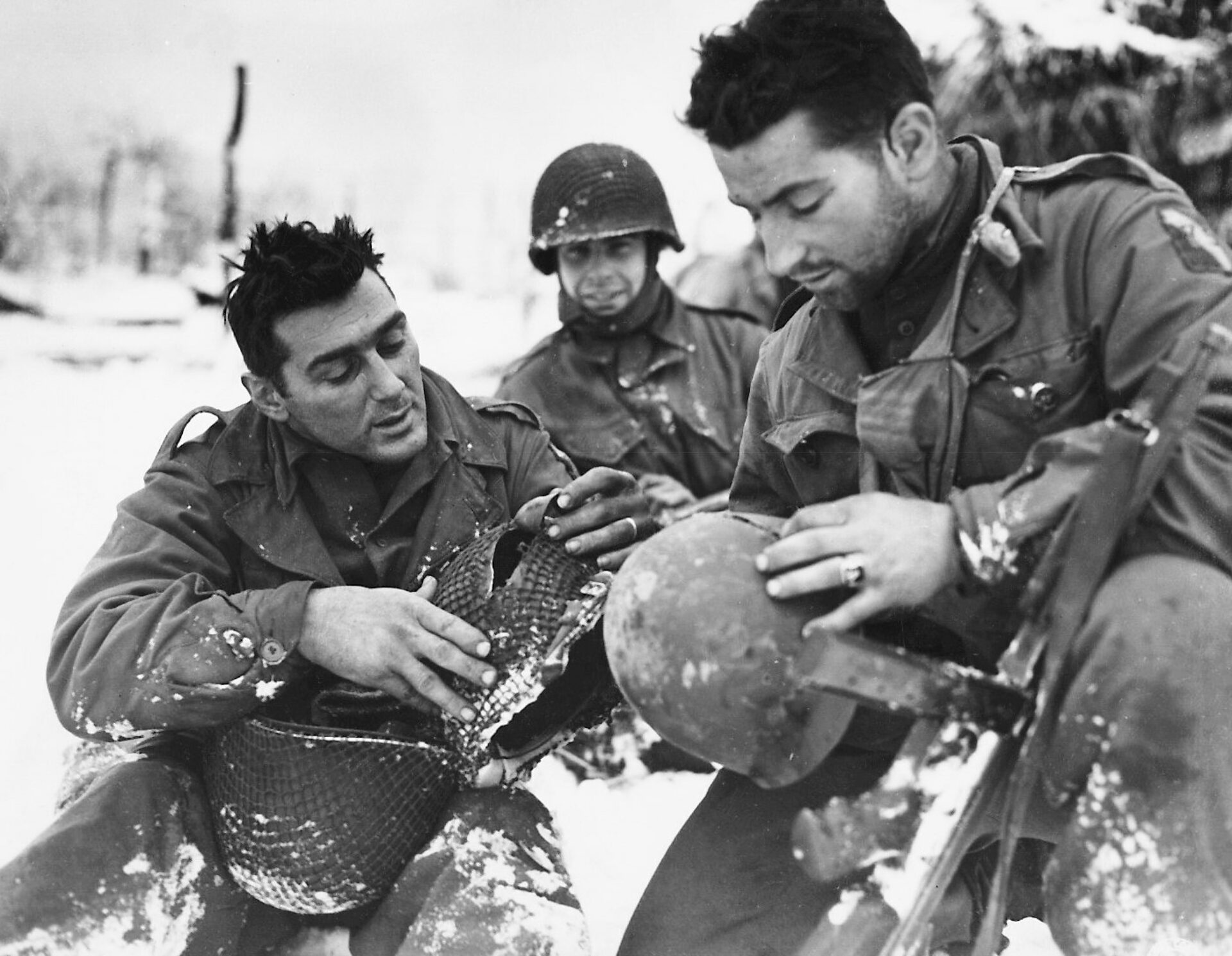 That honesty almost got Huston in trouble, with the military fretting that his film was “anti-war” and that he was trying to scare the soldiers and cause dissension in the ranks.  Huston’s retort that “If I ever make a pro-war film, I should be shot,” didn’t help. But General George Marshall ultimately came to the film’s defense, arguing that the graphic depiction of wartime casualties might actually scare soldiers straight – if soldiers knew the real risks of battle, they might take their training seriously.  The military grudgingly released the film, but only for within the military for the first couple years.