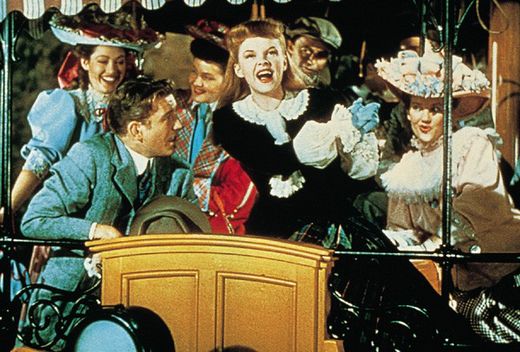 I confess that I went into this film thinking I would dislike it.

Well, maybe “dislike” is too strong a word. But Meet Me In St. Louis looked exactly the kind of self-consciously cozy hokum that I’m a little too much of a cynic to enjoy; all cozy domesticity and sanitized nostalgia, beribboned and pettitcoated lasses getting tittery over the thought of young men holding their hands, and all their problems solved with a heart-felt chat with dear old Dad who rules over his happy brood and shepherds them through the little challenges of domestic middle-class life.

The happy brood in this case is the Smith family of St. Louis, Missouri, with the film covering their lives in the year leading up to the 1903 Worlds’ Fair.  Father Alonzo (Leon Ames) is a lawyer overseeing a household with five children – one son and four daughters – along with his wife and father-in-law.  All of them are eagerly looking ahead to the World’s Fair as much as a year in advance, while simultaneously contending with other challenges – oldest sister Rose (Lucille Bremer) is impatiently waiting for her long-distance beau to propose, while next-oldest Esther (Judy Garland) is developing a crush on the new boy who’s just moved in next door.

Most of the first act is taken up with little rom-com adventures for Rose and Esther.  They throw a house party in the parlor as an excuse to invite Esther’s crush John (Tom Drake), and end up having to babysit Tootie.  Rose waits all day for a long-distance call from her sweetie, but her bewildered father answers the phone at the appointed time and refuses the call (“Long distance from New York? I don’t know anyone there”).  The baby of the family, “Tootie” (Margaret O’Brien), pulls a Halloween prank on John that gets out of hand, and the indignant Esther storms next door to punch John for being a “bully” – only to hurry back five minutes later with a grovelling apology when she discovers the full story and John’s name is cleared.  The rest of the family has its own adventures, with little Tootie tagging along with all her older sisters and mother Anna and her father having an ongoing debate about the proper recipe for ketchup and father grumbling about wanting peace and quiet, especially that darn song about the World’s Fair that everyone keeps singing.

And then Pa gets a promotion, with one catch – the family will have to move to New York City.  That winter.  Right when Esther has finally landed John and Rose may have found a more attentive beau herself.  And right before the Worlds’ Fair, so they’d all miss it.

I mean, of course things end happily all around.  The plot events are all entirely the little simple ordinary dramas that would loom large for a teenage girl but really are simple little hiccups. It’s the kind of thing I’ve seen before in quaint little family sitcoms, even, where all it takes to sort everything out is a short conversation.

And yet – here and there, as the film went on, there were moments that caught me off guard. Esther and Rose are not entirely the giggly virginal maidens I thought they’d be – Esther in particular shows some signs of sass, showing no hesitation in attacking John when she thought he’d hurt her sister Tootie.  Even earlier in the film, she has a conversation with Rose where she says that she’s going to try to get John to kiss her; when a scandalized Rose says that “nice girls don’t kiss” so soon because “men don’t want a girl with the bloom rubbed off”, Esther scoffs that “Personally, I think I have too much bloom!” 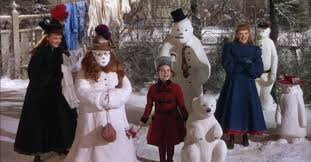 The scene where Pa breaks the news of New York to the family is especially striking. Pa tells them all the news during a festive Halloween dinner, expecting the rest of the family to be excited, but is baffled when everyone seems hurt and upset instead, with everyone gradually leaving the table to cry in their respective rooms, not even helping themselves to dessert.  Wounded, Pa retreats to the study himself to sulk.  But then Ma extends an olive branch, taking a seat at the piano in the parlor and gently inviting Pa to sing “their song” with her.  And gradually, as they sing, the rest of the family starts drifting back downstairs, fetching themselves dessert before sitting down to listen.  By the end of the song, the whole family is back downstairs again, finishing their family meal; their presence itself a silent apology.

That’s not the only song either. There are a handful of period songs woven through the film, most sung by Judy Garland; and most of them coming across as sing-alongs or “party pieces”, things that Esther is singing along with her friends or which she does to entertain her friends at the house party.  She even lets Tootie do a duet with her as a sop to get Tootie to finally go right to bed after.  The film also boasts three original songs as well – one of which, “Have Yourself A Merry Little Christmas”, quickly became a holiday standard.  Esther sings it to Tootie on Christmas Eve to comfort the girl’s sorrow over the family’s upcoming move; however, just prior, Esther’s had her own moment of heartbreak with a tearful goodbye to John, and is trying to convince herself as much as she is doing her sister. It was surprisingly poignant. 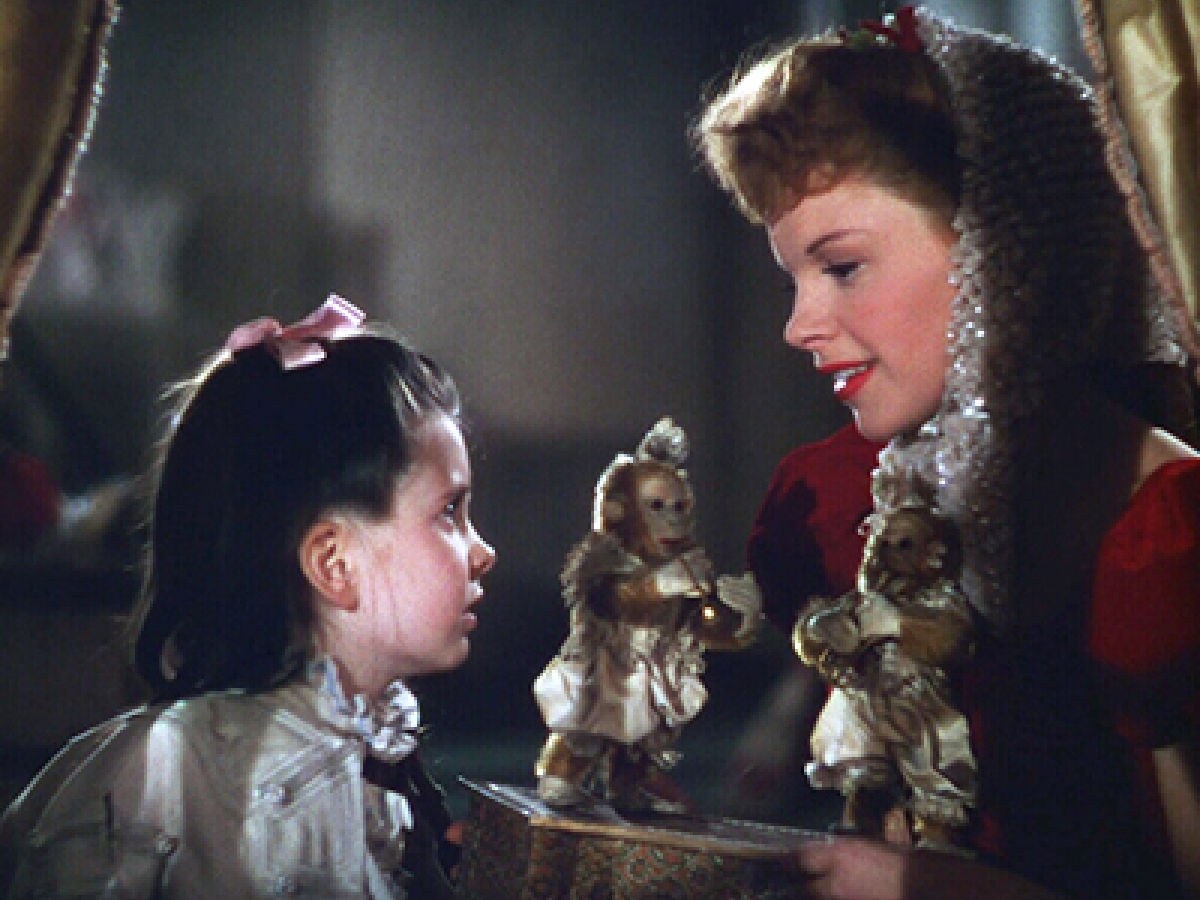