So, okay.  I’ve seen zombie movies before; at least, I’ve seen the post-George-Romero version before, movies like Shaun Of The Dead or 28 Days Later, and I am loosely acquainted with someone on Fear The Walking Dead and I’ve read World War Z and The Girl With All The Gifts and other media produced during that weird period a couple years back when zombies were in vogue.

This….is not like that.  It’s also kind of not really a “zombie film” using the Haitian folklore kind of zombie, where a person dies a sudden death and then is revived by a voodoo master to do his bidding.   Not that there isn’t such a character or two kicking about; the film just spends more of its time delving into the other characters’ intricate backstory, and actually plays it coy as to whether zombies are really A Thing or not. 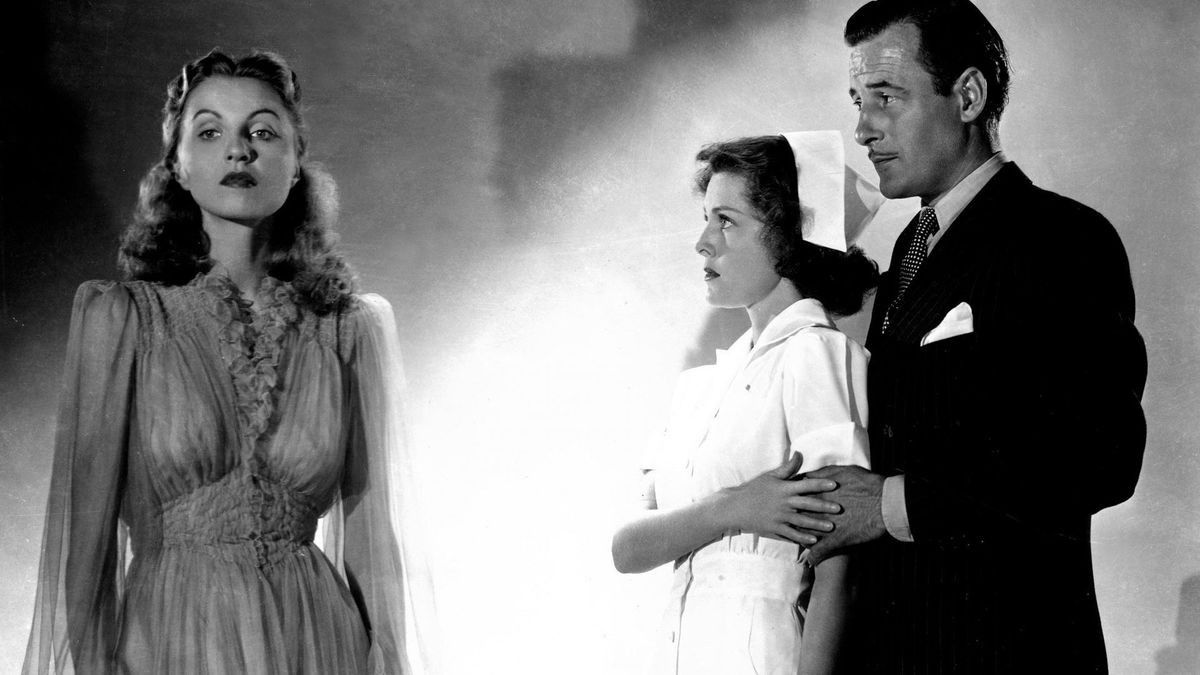 Nurse Betsy Connell (Frances Dee) accepts a home-care position on a sugar-cane plantation in the Caribbean, tending to the wife of Paul Holland (Tom Conway); Holland’s wife has been in a strangely catatonic state for several months following a severe fever. Holland’s half-brother Wesley Rand (James Ellison) also lives on the estate, and their mother (Edith Barrett) runs a medical clinic elsewhere on the island.

At first Connell is gung-ho about her position – she’s from Canada, so the thought of a stint in warm weather has obvious appeal.  But everyone on the plantation seems just a little bit…off.  During Connell’s first conversation with Holland, during which she marvels over the flying fish out on a sparkling ocean, Holland dourly tells her “Those flying fish, they’re not leaping for joy, they’re jumping in terror. Bigger fish want to eat them. That luminous water, it takes its gleam from millions of tiny dead bodies. The glitter of putrescence. There is no beauty here, only death and decay.”

The taxi driver bringing her to the plantation when she first arrives spontaneously tells her about the Holland’s history in the slave trade.  Holland later cops to that, too, pointing out that the statue of St. Sebastian in the courtyard was the figurehead taken from the family’s slave ships.  “That’s where our people came from,” he observes.  “From the misery and pain of slavery.” 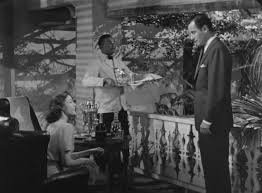 Wesley seems a bit friendlier at first, offering to show Connell around on her first day off.  But when they stop at a pub, Connell soon learns that Wesley has sorrows of his own, when the house band – unaware Wesley is there – starts singing a song about two plantation-owning brothers in love with the same woman.  Wesley flies into a temper at this, and the bandleader hurries over to grovel and apologize.

It’s all feeling pretty creepy, and Connell starts feeling something for the dour Holland. She copes by throwing herself into work; if she can somehow find a cure for Holland’s wife, she thinks, Holland might be happy at last, and she could also get the hell out of there.  But both Mrs. Rand and the other doctor on the island insist she is incurable.  The maid Alma suspects otherwise, though, and starts hinting to Connell that maybe the local voodoo doctor could help, if Connell is brave enough to visit him. The sequence where Connell sneaks Mrs. Holland to consult with the voodoo ceremony is both the spookiest- and the most fascinating.  To get to the doctor, who holds court at a santeria ceremony on the island, Connell has to shepherd her charge through the cane fields by dead of night encountering plenty of creepy signs and totems posted to scare off outsiders – animal skulls hanging from trees, rocks arranged into weird symbols, and finally a silently looming bug-eyed man who’s charged with guarding the service. There aren’t any of the jump scares or gory totems I was expecting – but the whole thing is filmed in high shadow and silhouette, which still gave me the shivers.

When the pair finally arrive at the ceremony, though, there’s no lurking danger or alarm at the presence of “outsiders”.  Connell and Mrs. Holland simply blend into the proceedings, taking their turn to line up and consult with the “voodoo doctor” during that phase of the ceremony.  The scene shows a good bit of a “typical voodoo ceremony”, but refreshingly, it’s not presented as anything overtly dangerous or scandalous.  It’s different, sure, but not in an “oogy-boogy” way.  More…mildly unnerving, only because of its unfamiliarity.  Connell is so determined to help her charge, too, that she simply takes it in and gets on with it; her attitude helps us swallow the proceedings as well.

So instead of the “shoot the zombies in the head before they eat you” model I’ve come to expect, I instead got a film that was about 30% about Santeria-rituals-maybe and 70% about the descendants of white colonialism dealing with their legacy, which is heady stuff for a “zombie film”.  The backstory of the brothers is still kinda soap-y, and I really didn’t buy Connell’s interest in Holland, but it was refreshingly matter-of-fact about its topic, saving the high emotion for the melodramatic plot.  Also, despite the attention they pay to the Santeria rituals, the film is tantalizingly vague about whether they are really what’s affecting Mrs. Holland.  It skirts close once or twice, but the film comes to a sudden and sad end before we get a definitive answer. We have the hint of a happier ending for Connell, but even in her final monologue she dwells more so on the sad end of the Holland legacy than she does her own fate.