This was weird, yo.

Cat People is a sort of psychological horror film – the story of Irina (Simone Simon), a young woman from a small town in Serbia now living in New York.  She is sketching the black panther at the Central Park Zoo when she catches the eye of engineer Oliver (Kent Smith), who strolls over to chat her up. Irina is hesitant at first, but she’s also lonely, and the pair begin a whirlwind romance that leads in short order to marriage.

There’s just one eensy problem – Irina seems weirdly obsessed with old Serbian folktales about an evil family from her village; in moments of high passion, they would turn into cats. In fact, she’s not just obsessed – she’s convinced that she has a personal connection to the tale.  She’s so spooked that she insists on she and Oliver sleeping in separate rooms after their marriage until she can get past this fear.  The smitten Oliver goes along with her at first, teasing her gently about her fears.  Then he starts to push her towards seeing a psychiatrist. 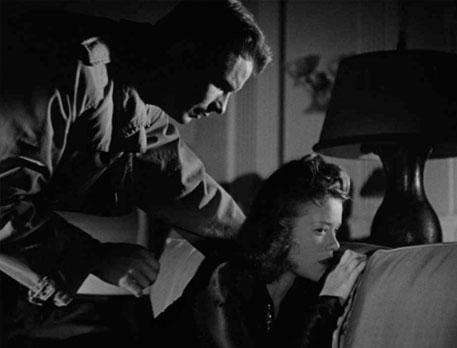 He starts spending more time with a work colleague, Alice (Jane Randolph), who’s always had a crush on him; meanwhile, Irina is strangely compelled to visit the zoo panther again and again. And one night as Irina heads back home from the zoo, she spots Oliver and Alice in a coffee house and starts getting a little miffed…

So: this is definitely a B movie. The acting is not all that great, the plot is ridiculous (and a little bit lurid). The movie’s depiction of psychiatry is completely ridiculous.  There are even moments you could chalk up to exploitative skin-flashing – Irina curled up and sobbing in frustration in a bathtub, Alice having a swim in a skimpy bathing suit (well, skimpy for the 1940s). 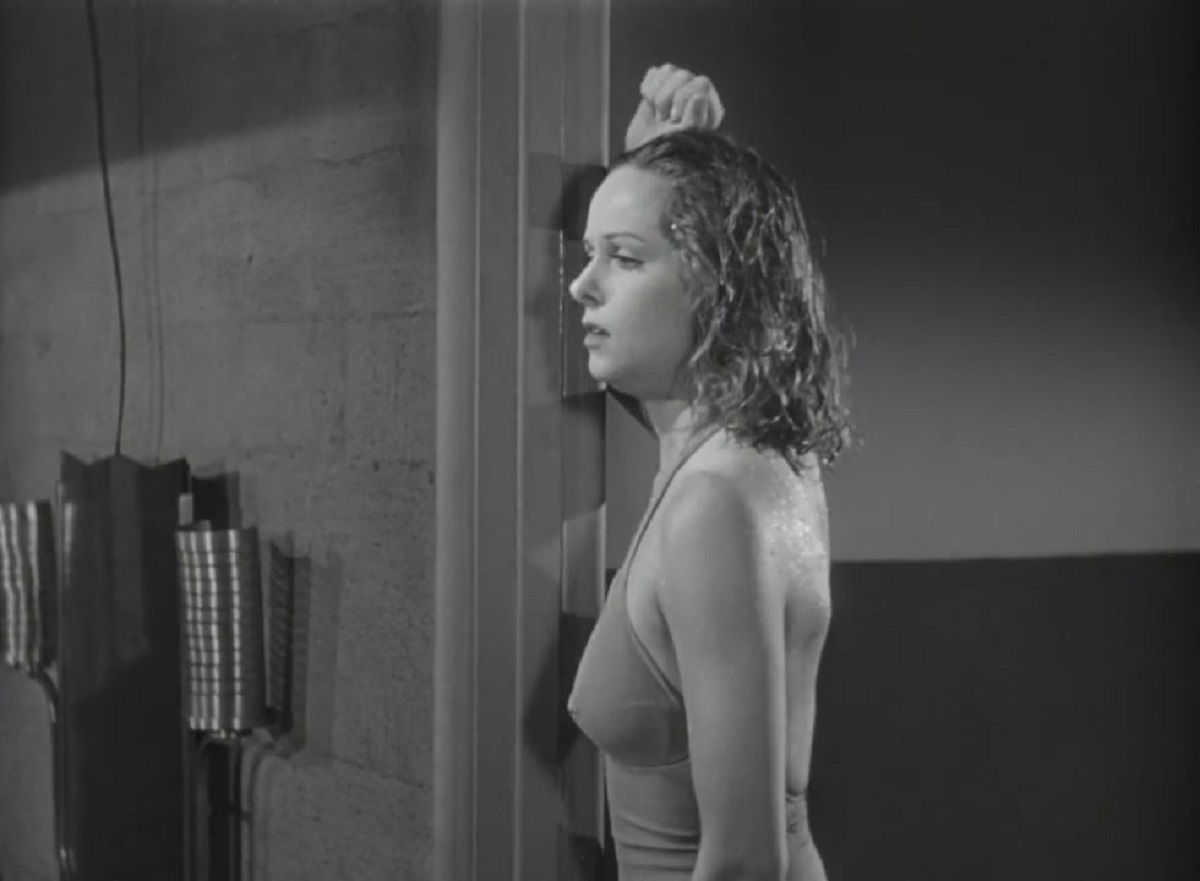 But alongside the cheese there are some genuinely creepy elements. When it comes to terror, the monster you can’t see is always more frightening than the one you can – and director Jacques Tourneur knows this full well, throwing several scenes into dim lighting and hinting at a lurking menace rather than outright showing it.  That swim Alice takes is in an indoor pool at night, lit only by the glow of the moon outside a window; the light reflecting off the ripping water throws rippling shadows on the walls, shadows which might or might not start to look catlike as Alice swims. Especially when she starts hearing a growling panther in the room.  There’s another growl during a later scene with Oliver and Alice at their office, interrupting their discussion about Irina – and this time Oliver thinks he can smell Irina’s perfume.

Spookier still is a scene where Alice is wending her way homeward after a coffee outing with Oliver, walking alone on a footpath that takes her under some bridges.  At least she thinks she’s alone – Irina has been spying on the couple, and when Alice takes her leave, Irina follows her. At first we see them both – Alice passing into and out of the pools of light from the streetlamps, Irina following after her just far enough behind.  We hear Alice’s distinct step; we hear Irina’s steps just after, quickening as they follow her.  Then we stop seeing Irina.  But we hear her still.  And then Alice starts to hear her too, casting fearful glances behind her as she walks.  Alice’s step quickens.  So does the sound of Irina’s steps.

Then Irina’s footsteps suddenly go silent. And we hear what might be a low growl.  …It might also be the bus pulling up to the stop where Alice has paused, but she’s creeped out enough to hastily board the bus even though it’s going the wrong way.  But as the bus is pulling away, Alice sees strange movement in the bushes right near where she’d been standing.

It’s just bizarre that Jacques Tourneur knew how to make something genuinely that unsettling, but didn’t seem to notice how flat everyone’s acting was.  Still, the film did well enough at the box office, and even inspired a 1980s remake that fleshed out the plot some and threw in a couple of sex scenes (the remake is perhaps wisely not included on the 1001 list).  The film also introduced Tourneur to cinematographer Nicholas Musuraca, now regarded as one of the pioneers of the film noir style.  Tourneur and producer Val Lewton worked with Musuraca frequently, often in other similar B-movie fare, but Musuraca’s technique left a chilling stamp on their works.