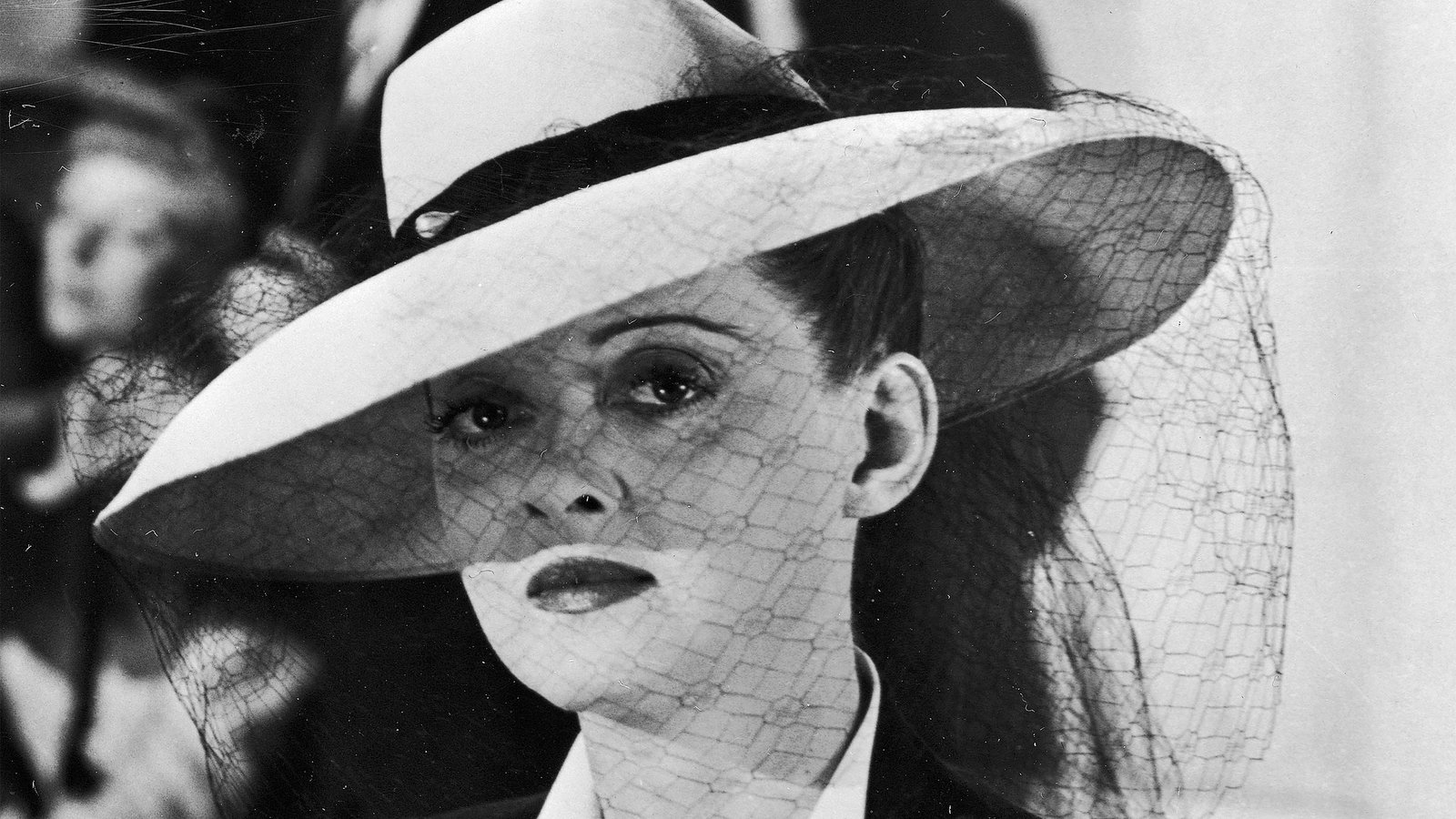 So, watching Now, Voyager was seriously thought provoking for me. Although not for the reason you may think.

At the time of its release, it was heralded for handling psychotherapy and mental illness in a uniquely sensitive way; a trait that still wins this film applause today.  Bette Davis plays Charlotte Vale, the youngest daughter of a super-strict Boston Brahman matriarch (Gladys Cooper).  Charlotte has grown up the target of her mother’s verbal and emotional abuse and repressive control.  But Charlotte has a sympathetic sister-in-law who brings a psychotherapist along for a visit one day so he can have a look-see.  Mrs. Vale protests mightily, but after only five minutes with Charlotte and her mother, Dr. Jaquith (Claude Rains) sizes up the situation, tells Mrs. Vale off and drags Charlotte off to his sanitarium in Vermont.

Charlotte is much better after a month (although the place looks more like a resort, so it’s no wonder), but is still uneasy about heading straight home right away, so with Dr. Jacquith’s encouragement she embarks on a six-month cruise.  She has a marvelous time, and turns out to be quite the social butterfly.  Most significantly, she meets Jerry Durrance (Paul Henreid), who’s hitching a ride on the cruise to make a business meeting in Buenos Aires.  Jerry is married, but unhappily so, and is the father of two girls – the youngest of which, Tina, is suffering the same kind of maternal neglect that Charlotte did. Charlotte’s confidences about her own troubles help Jerry to understand and support Tina, and Jerry’s kindness and attention brings Charlotte out of her shell even further.  Of course this leads to the pair falling in love – but they part at the end of the cruise, since Jerry won’t divorce his wife.  Jerry still can’t resist sending a corsage to Charlotte’s house in Boston as a parting gift – it arrives just as she’s about to finally see her mother again, and the gesture gives her enough confidence to finally assert herself and her autonomy.  Mother and daughter live under a kind of chilly truce for a while, with Charlotte even getting engaged to a distinguished Boston blue-blood, but a chance meeting with Jerry again shakes her up to the point that she breaks her engagement and calls her mother out for her neglect – a double-whammy shock which causes Mrs. Vale to suffer a fatal heart attack.  Wracked with guilt, Charlotte heads for Dr. Jaquith’s sanitarium again.  And on her first day there, she sees a surprisingly familiar face – Jerry’s daughter Tina, whom she recognizes from a picture he showed her. Thinking the girl can use a friend, she reaches out…

So here’s the thing.  I read a quick 25-words-or-less plot blurb before watching, and wrote it off as the kind of melodrama I usually don’t like.  And I still don’t.  I’ve always felt this kind of plot was formulaic; it presents a woman whose sole path to happiness seems to be via Finding Love, and even worse, it denies the lead her heart’s desire and holds up sacrifice as a noble thing (the famous last line, “let’s not ask for the moon when we have the stars” is presented as romantic, but to me it sounds defeatist).  There’s a lot of sturm und drang along the way, a lot of chance meetings and tragic misfortunes, cruel twists of fate and at least two scenes with dramatic confrontations between two female relatives where one of them is finally confronting the other over some long-lasting mistreatment.  Alex inadvertently hit on a modern word for the genre after I told him that it was a classic example of the three-hanky picture; he hadn’t heard that term before, and I told him it was an older term for this kind of melodramatic, sentimental film with a woman going through various trials and tribulations and affairs of the heart.  “Oh,” Alex said, “you mean it’s like a Lifetime or Hallmark Channel movie.”

And he’s right.  And I further realized that I’ve been sneering at the contemporary version of this kind of film for years – the overwrought melodrama, the heightened plot twists.  Now, Voyager even includes the old trope of the character who undergoes a “stunning transformation” in appearance, which really just boils down to her giving up wearing glasses and doing her hair different, which I rolled my eyes over at first. 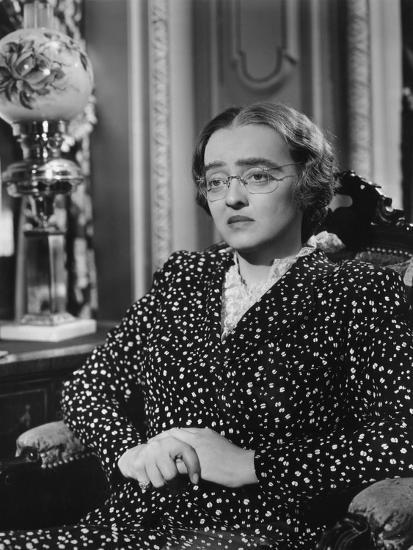 But interestingly enough that is also what gave me pause.  Bette Davis tried to do a bit more to alter Charlotte, to be fair, and it’s an example of the trope that works a little better than usual.  There’s not much that can be done to “ugly” up Bette Davis, but they really try – Davis insisted on padding inside her costume to make her look fatter, a really stodgy pair of glasses and a Mary Todd Lincoln hair style with some fake bushy eyebrows.  It’s a marked difference from the “after” – Davis’ usual slim figure, stylish gowns and swept-up hair showing off a slim neck.  Davis also carries the difference emotionally – the “before” Charlotte is nearly mute, while the “after” Charlotte is gracious and charming.  It may have been a cliché, but it was a cliché that I realized that I bought in this case.

And that made me analyze my reaction a bit further.  I’ve protested in the past that I disliked this kind of film because the heroines ended up having to sacrifice happiness, and that was unrealistic – but on the other hand, I also take a dim view of the rom-com because the lead always gets happiness, and I also thought that was unrealistic.  Was the problem the films, I wondered, or was it me?  Have I been unfair to an entire genre of film?

What I finally realized is that it wasn’t the content of films like this that galls me – it’s the segregation.  This is something that discusses emotional abuse, neglect, psychotherapy, coming into one’s own and asserting one’s self, being a responsible parent – these are all things that affect men as well as women.  It isn’t even women who are the only ones with emotional stakes in this film – Jerry has some seriously high emotional stakes, and goes through some intense growth as well.  This could have been a film for everyone.  But it wasn’t billed that way – it was billed as being a film “for women”, for them to just have a cathartic cry over before going back to their own lives.  Lives which might have been similarly troubled; but instead of being encouraged to take more of the kind of control that Dr. Jaquith was encouraging for Charlotte, the women in the audience were being encouraged to get all the crying out of their system in the theater so they could suck it up and cope with the status quo at home.