By a staggering coincidence, Tim Burton’s live-action remake of Dumbo is set to hit theaters at exactly the time that I find myself watching the original.  Burton’s take was something I was lukewarm about at best; and as is the case with most of my Disney rewatches, I’m lukewarm about the original too.

I mean, it was fine.  It was just really, really short, and a little simple.  To be fair, the short-and-sweet approach was intentional, because Dumbo was something Disney wanted to get out quick to try to recoup losses after Fantasia and Pinocchio faltered at the box office.  Walt Disney apparently got the story from a child’s toy called a “Roll-a-Book”, a sort of slide-show toy – a roll of paper with a series of printed pictures was tucked inside a box with a viewing window cut into it, and as you turned a wheel on the side, each of the pictures would appear in the window in turn.  The story of Dumbo was written expressly for the toy, and Disney was so taken with it (for its charm and simplicity) that he bought the rights to adapt it for film. 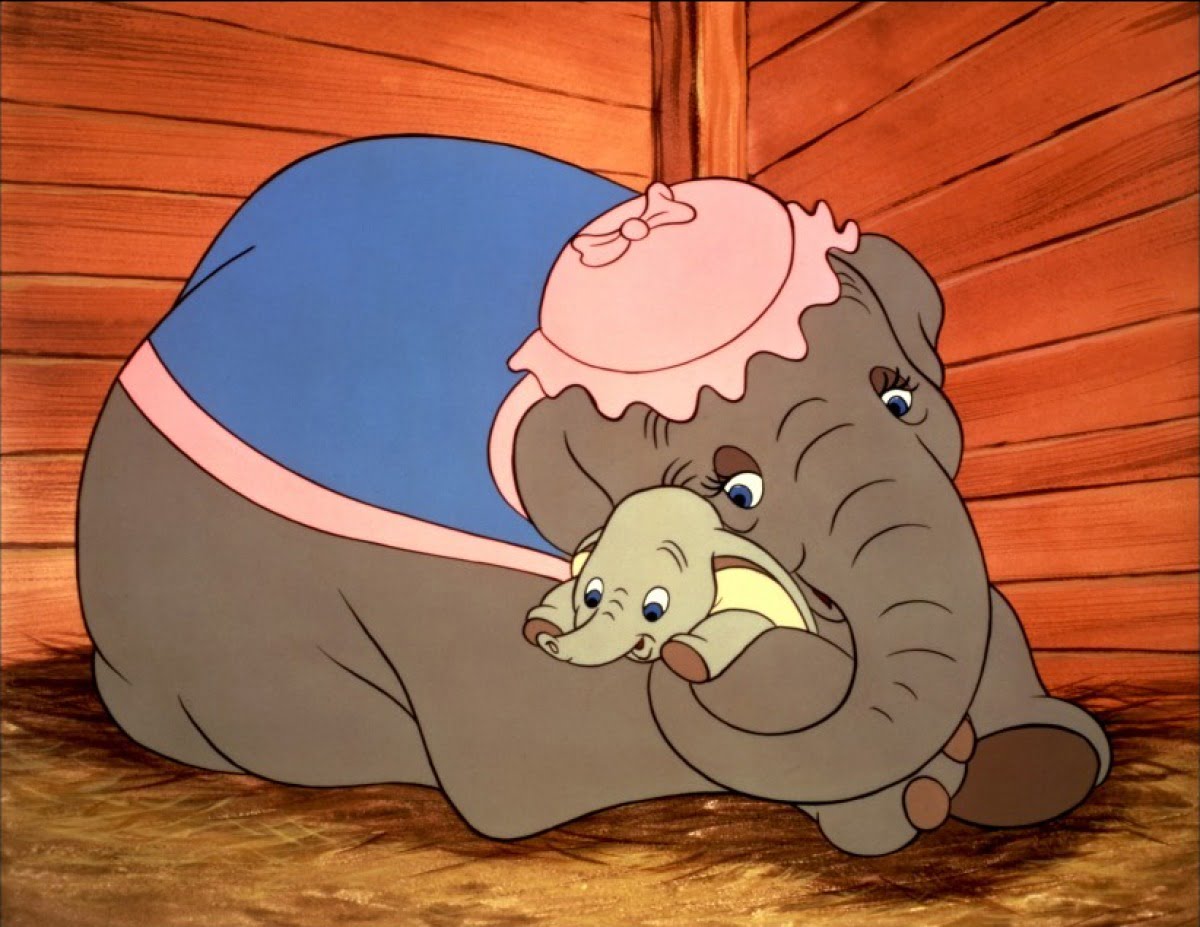 The story wasn’t changed much at all; baby elephant born in a circus, has big ears, people mock him for it, then he discovers his ears help him fly.  Disney’s contribution seem to mostly be in the telling, adding fanciful sequences with Dumbo’s “birth” (arrival by stork), a disastrous circus stunt, some sequences with Dumbo’s mother, and the like.  Some bits were pretty shticky and forgettable; the steam train that carries Dumbo’s circus family around is anthropomorphic, “talking” through its steam whistle a couple times in sequences that felt vaguely Bugs-Bunny cartoonish.  The stork who brings Dumbo specifically has a whole fluffy bit of business where he has to consult a map to find Dumbo’s mom that I didn’t need to see.  On the other hand, there’s a sequence where we see a whole troupe of clowns in silhouette through a tent wall, changing out of costumes as they discuss their act – and I admit that we probably didn’t need to see them pulling padding out of their bellies or taking off wigs and fake heads and what-not either, but I got a kick out of it.  I was also charmed by a short early sequence where baby Dumbo is playing hide-and-seek with his mother, and the famous “Baby Mine” sequence, featuring our hero being sung to sleep, is darling.

Two other famous sequences kind of sour the pot a little, though.  At least one definitely does; the flock of crows Dumbo meets who teach him to fly are depicted as African-American caricatures, and one of the crows was even apparently named “Jim” (although, blessedly, that name is never spoken in the film).  I know it was a simpler and less “woke” time, but that’s a bit that made me feel vaguely itchy. 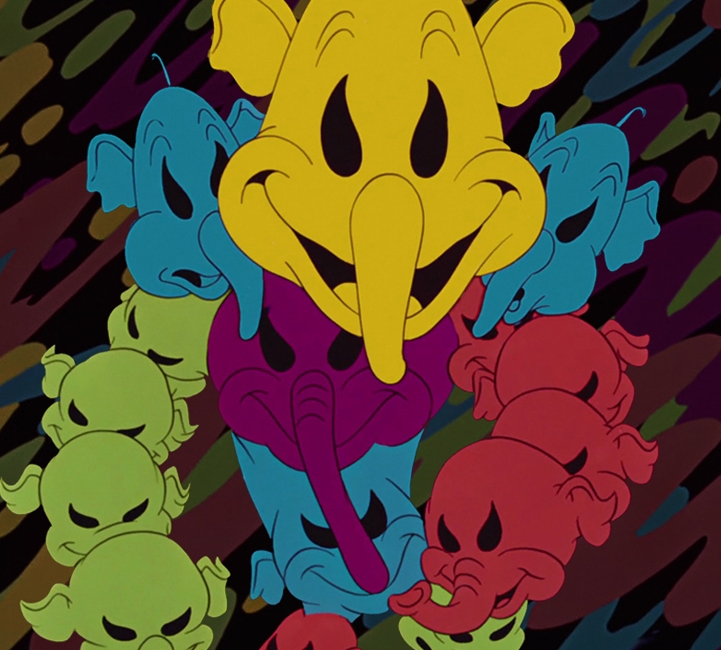 Less offensive – but more baffling – is the “Pink Elephants On Parade” sequence, meant to represent a hallucination Dumbo has after accidentally getting drunk (during which he possibly flies while blacked out).  It’s a seriously trippy standalone – the art style is markedly different, with oddly-shaped black-eyed elephants morphing into sportscars and using their trunks as trumpets and cavorting through choreographed swing dance numbers.  At one point a two-legged elephant marches towards us – his body made out of a grinning collection of multicolor elephant heads – and I started to suspect that this was a sequence that had been saved for the Fantasia animators who hadn’t quite snapped out of their “experimental” stage.  Or that they’d been licking some especially weird stamps.

It was weird, it was fluffy, and it was short and simple – and ultimately was a smash hit for Disney, which lead to its rerelease four more times over the next few decades.  I probably saw one as a child.