Watching Wizard of Oz made me think a lot about time and memory.

Rather, I should say re-watching it.  Because I’ve watched it countless times – when I was a child, it enjoyed an annual broadcast on television every spring, as one of the regular round of TV specials which marked the year for me (most of them various Peanuts holiday specials, with the occasional movie mixed in).  When we did Wizard of Oz as a school play in Junior High, Dorothy’s skipping step down the Yellow Brick Road was one thing that our director didn’t need to choreograph because every child in the cast had already learned it from Judy Garland. 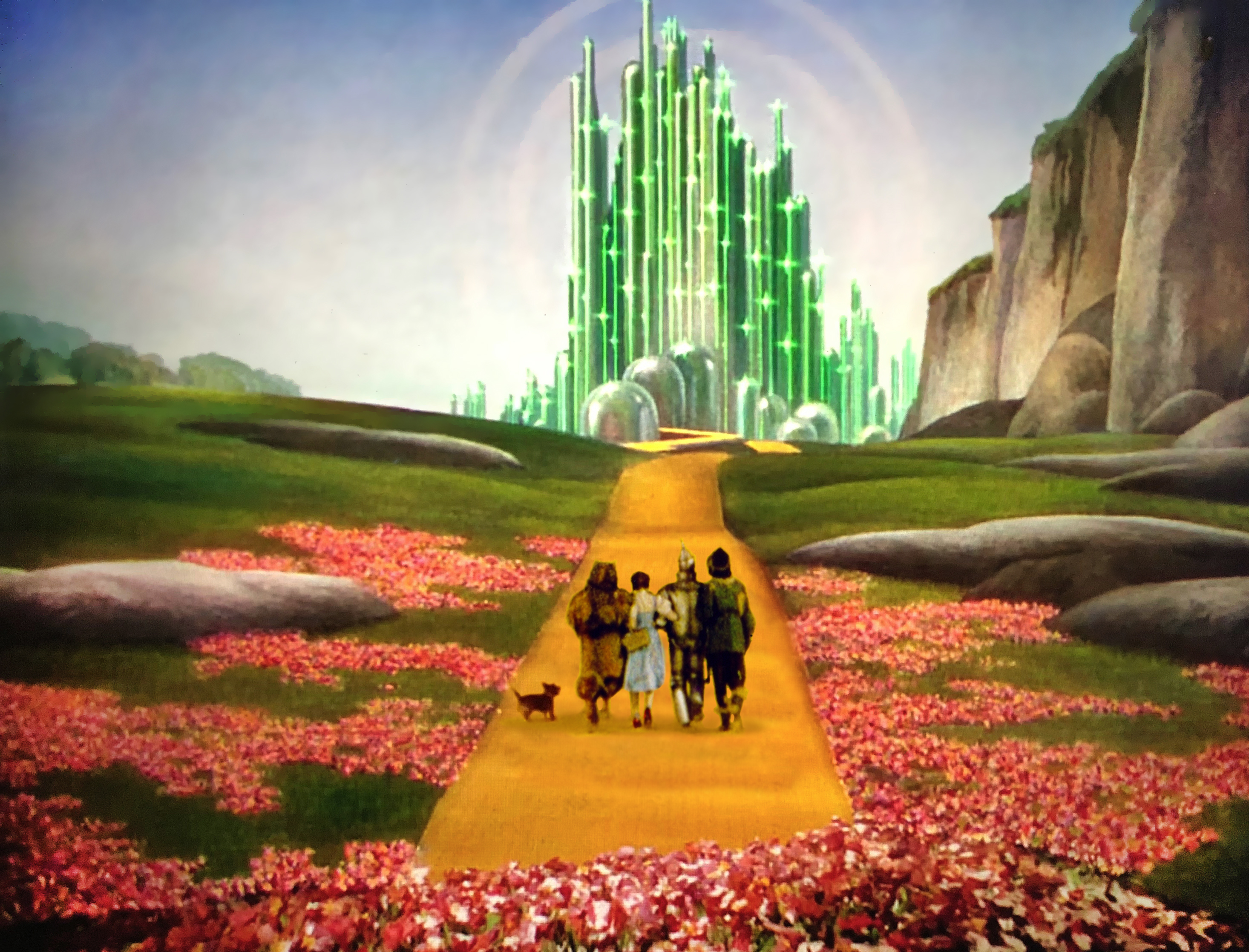 I’ve grown up now, of course, and it’s been years since there was an annual broadcast of the film anyway.  So this was a revisitation after a long absence.  I was curious to see what I’d think; I remembered everything, I thought, so what would I respond to?

….Well.  There are some bits I did not remember at all.

Actually, it’s safe to say that I remembered almost nothing from the scenes before Dorothy’s fated meeting with a cyclone.  Dorothy singing about flying over the rainbow, sure, and Toto escaping from a basket strapped to Miss Gulch’s bike – but that was it.  I remembered none of Miss Gulch taking Toto in the first place, or Dorothy tagging along with the Gale’s three farmhands and falling in a pig pen, or running away and meeting the sideshow barker “Professor Marvel” – I watched in fascination, because it was almost entirely new to me.  It wasn’t until Dorothy opened the door onto Oz In Technicolor that I recognized things I’d seen before.  Maybe the Kansas stuff simply didn’t register when I was a kid because it was the “boring part”.  Oz was the whole draw when I was younger – it was bright and colorful, there were witches and fairies and talking lions and scarecrows, all of which overshadowed drab brown Kansas easily. 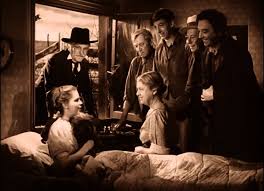 Even more interesting – overlooking those bits before meant that I missed some big hints the film had been giving about Dorothy’s trip to Oz and whether it was all a dream.  I knew that actors Ray Bolger, Jack Haley and Bert Lahr were the Scarecrow, Tin Man and Lion respectively, and knew that they turned up at Dorothy’s bedside at the end for her to point to and say “and you were all there too!”.  But we see them before Oz too – and in one shot, Bert Lahr as farmhand “Zeke” even encourages Dorothy to “have courage” after she tumbles in with the pigs and he has to fish her out. 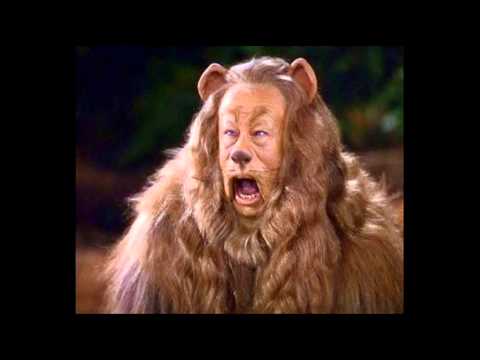 Speaking of Bert Lahr – I was paying close attention to Dorothy’s three friends this time around, and have a renewed appreciation for his work as the Lion.  I remember especially liking the Lion as a child – and as an adult, I suspect it was because Lahr’s role lets him ham it up a bit more, showing off his comedic chops.  Even viewing this as an adult he’s something of a standout.  …Conversely, Jack Haley’s Tin Man seemed worryingly…flirtatious during his “If I Only Had A Heart”, which put me off a bit in today’s climate.

But most surprising at all was how fast the film moved. All of the famous sequences – Munchkinland, Dorothy meeting the Scarecrow and the Tin Man, the poppyfield – seemed to stretch on much longer in my memory than the were on the screen.  True, that could simply be due to having to sit through all the commercial breaks as a kid – or a change in the way I’ve come to perceive time over the ensuing 30-plus years.

I should stress, though – the film feeling like it had been longer then, or shorter now, is definitely a function of my own memory.  Because at no time I’ve watched it – either then or now – did I feel like it was either too rushed or too slow. Even the most indulgent scenes – and let’s face it, some of the Munchkinland stuff got pretty indulgent – the pace is quick enough to hold your attention, and there’s such a feast of detail that you’re caught up in it all anyway.

Maybe that’s why it felt longer when I was a child. Watching it now I’m looking for things like the script and the plot and the pacing, but watching it then, I was journeying into Oz.