The slow, meandering pace of this film almost put me off at first; most of the scenes are slow, the takes are long, conversations are long and winding, things felt like they were just taking a darn long time to get going.  But that slow pace ended up sucking me into an affecting story despite myself.

Set in the theater world of Japan in the 1880s, it’s the story of Kiku (Shotaro Hanayagi), the adopted son of a renowned Kabuki actor. Kiku is being groomed to follow in the family business, and he is everywhere celebrated as the successor to his father’s theatrical dynasty – at least when he’s in the room.  When he leaves, however, everyone gossips about how bad he is, largely because he’s spending his nights partying with the geishas instead of perfecting his craft. Kiku starts to question everyone’s praise, however, taking aside a couple trusted friends to get an honest opinion; but they too tell him no, everything’s fine.  The first person to ever speak frankly with him about his talent is Otoku (Kakuko Mori), a servant girl in his family’s house; she’s the wet nurse for Kiku’s baby brother, but snuck out one night to watch him perform.  And….she didn’t dig it.  But – she eagerly tells Kiku – she believes he could be good if he started to really practice at it. 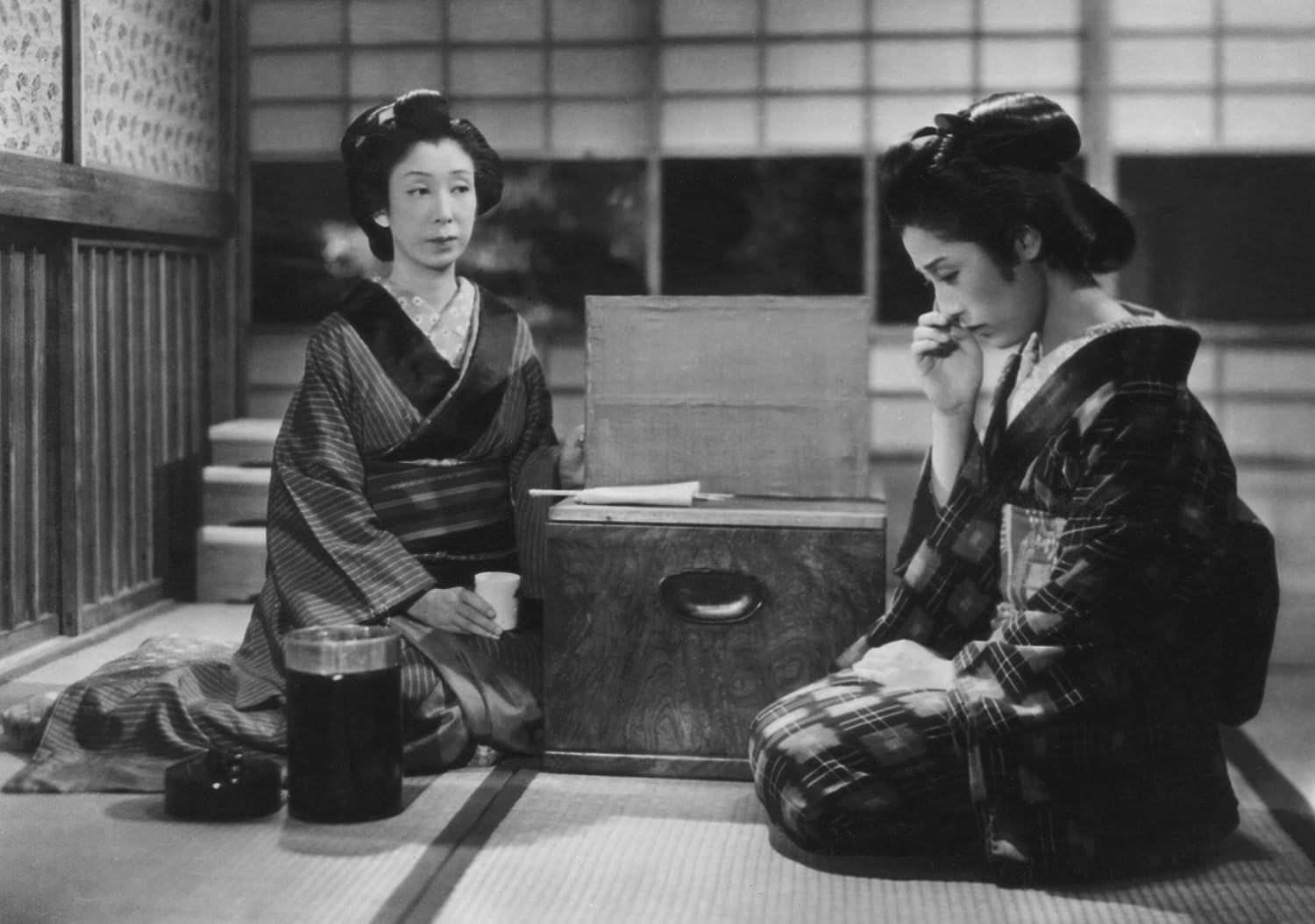 Otoku’s sincerity and faith touch Kiku deeply, and he falls for her hard, swearing off the partying and staying home to study his art.  But of course, since Otoku is also there, Kiku’s family gets the wrong idea about why he’s home all the time now, and fires Otoku. An indignant Kiku announces he’s leaving as well; if he’s going to become an actor, he wants to succeed on his own merits instead of riding his father’s coattails, so he’s going to go off and pay his dues.  And he’ll have Otoku with him when he does, so there. 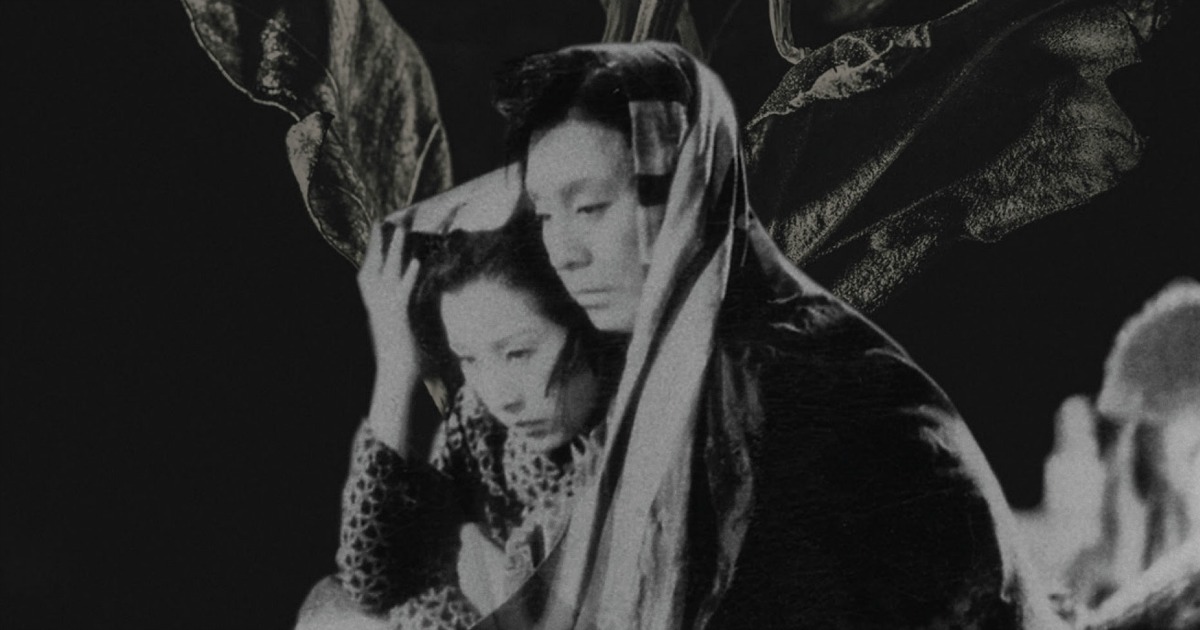 The next several years are grueling for the couple, as Kiku struggles for gigs – regional theater here, cheap touring companies there – with Otoku struggling to hang on and support him, selling her few belongings and doing odd-job sewing to make ends meet.  They go through poverty, sickness, and disillusionment, Otoku trying harder and harder to encourage Kiku to keep going.  In desperation one day, when she sees that Kiku’s uncle is producing a show in the small town where they’re staying, she sneaks to him and begs him to cast Kiku in something, swearing that Kiku’s struggles have lead him to hone his craft.  Kiku’s uncle makes her a deal: he’ll cast Kiku in his latest show and see how he’s doing. If Kiku’s really a better actor, they’ll bring Kiku back home to Tokyo – but without Otoku, since Kiku’s father never approved of their union.  Do they have a deal?

It’s a pretty soapy melodramatic plot.  But the slow pace ended up working its patient magic with me, and I ended up sucked into the story; grieving with the couple when they were stuck in doing cheap show tours, rejoicing with Otoku when Kiku tracked her down after her dismissal.  The calibre of Kakuko’s performance drew me in as well; there’s a moment when Kiku is giving that pivotal performance with his uncle’s company, with scores of different people watching eagerly from the wings, Otoku among them, to see what will happen.  But Otoku can’t watch after a while, and flees to a space under the stage; but then she lingers, listening to his show, torn between hope for his success and pain for what his success would mean to her.  She says nothing – only listens, aching. 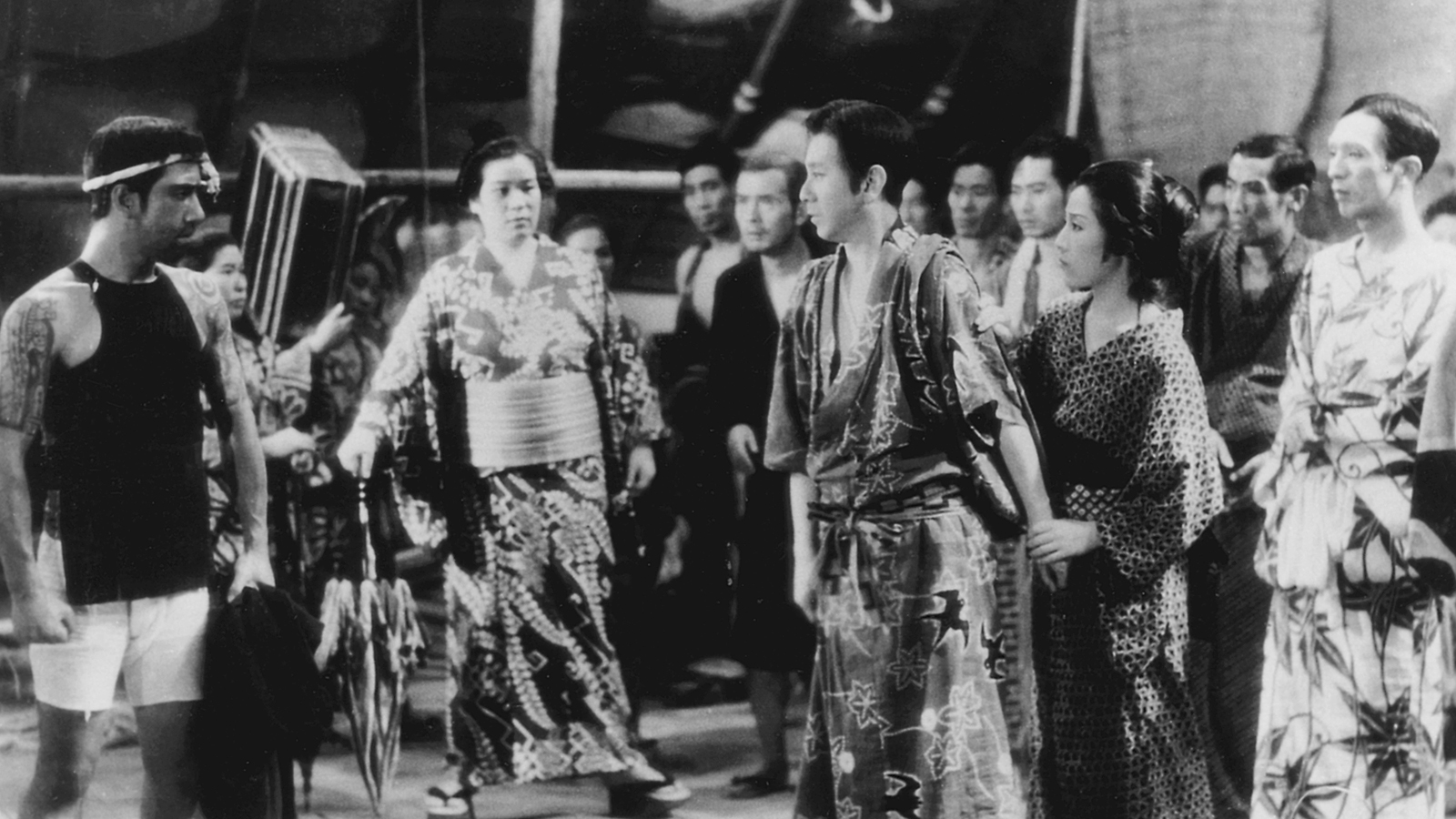 The film also resonates with an old theater person like me; even though the performers are doing kabuki instead of something more familiar to Western eyes, there are some lengthy clips of Kiku’s performances that allow you to track his progress.  There’s even an unintentionally funny bit where the road show Kiku’s in gets its contract cancelled early because the theater manager wants to bring in a female sumo act; and he’s brought the lady wrestlers in as muscle to evict the actors.

But it’s mostly a tragic tale, quietly affecting in its sincerity;  much like the quiet Otoku.