I’m starting to think that I will sour on French comedies at some point; something about the quaint country characters and twee comedic conflicts could eventually start to bug me.  Fortunately I haven’t quite got there yet.

The Baker’s Wife opens with just such a display of twee comedic conflicts between the quaint country residents of a small town in Provence.  It’s a small town, there’s not much happening, so people let themselves get annoyed by small grievances or long-standing squabbles, just for something to do. The only real problem they’ve had in town is a dearth of good bread; their old baker was inexperienced or drunk much of the time, and the bread supply suffered as a result.  But fortunately Amiable, a new baker, is in town – and huzzah, he seems to be good at his job.  So now the town has something else to talk about aside from their old grievances; they can talk about the fine bread! …And about the fact that Amiable’s wife, Aurelie, is about 20 years younger than him and is a hottie. 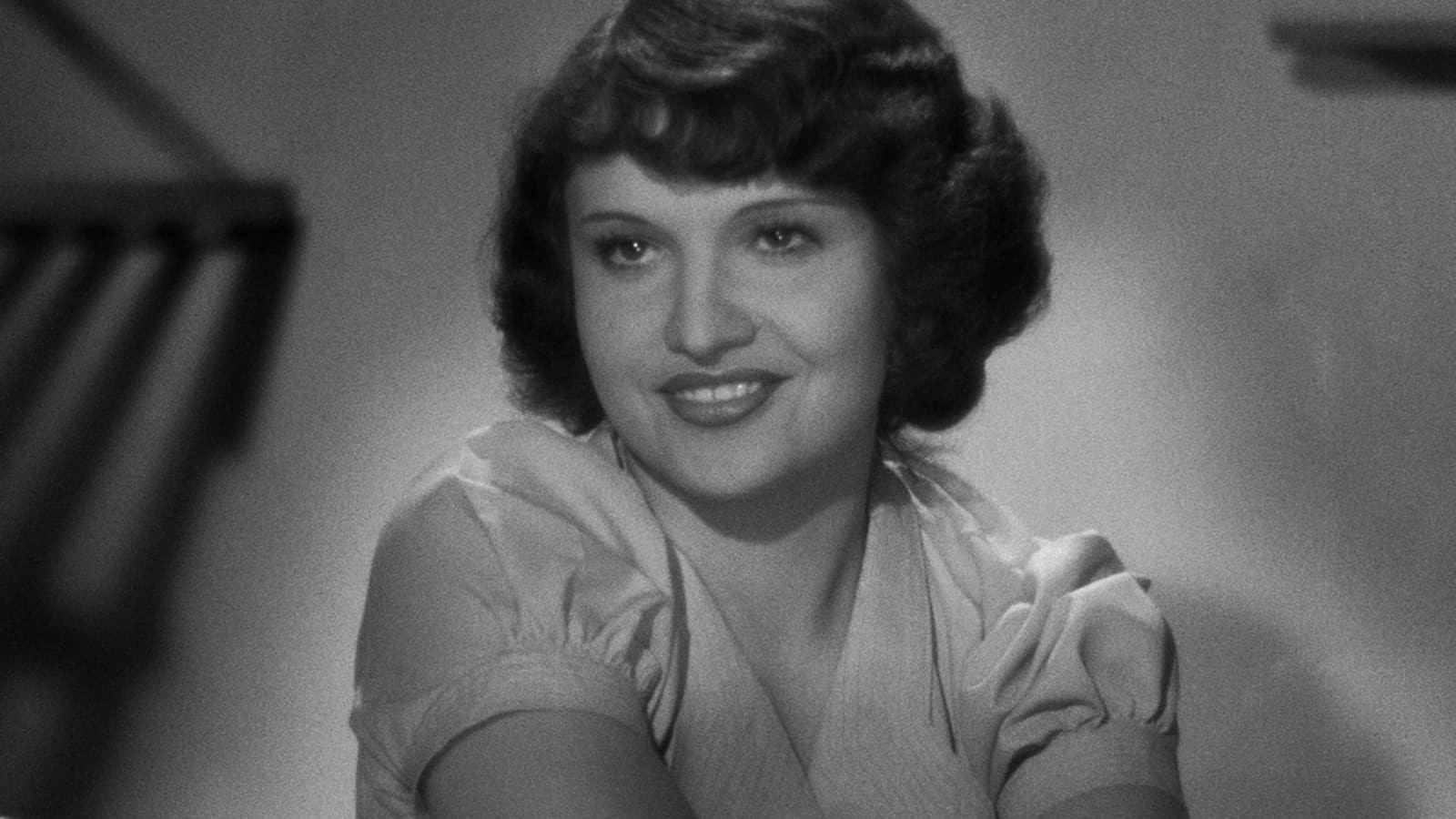 Several of the men in town take note of Aurelie’s pulchritude – especially Esprit, a young shepherd and errand boy for the local mayor.  Esprit is himself a hottie, which turns Aurelie’s head.  So three nights later, when Esprit turns up with a pair of friends to serenade Aurelie under her window, she is eager to run down and meet up with him. Except Amiable wakes up and hears the serenade too.  But – he is so trusting of his wife and so blinkered over Esprit that he assumes that Esprit’s there to thank him for the bread!  He suggests to Aurelie that she head downstairs to meet them; give them something to eat from the storehouse, there’s a good girl!  And Aurelie eagerly goes down to them while Amiable goes back to sleep.  But – she doesn’t come back.

Amiable thinks nothing of it at first – he’s distracted by getting the first day’s loaves in the oven.  When he finds her gone, he still thinks nothing of it – she probably went to explore the town garden.  ….Oh, she’s not there?  Maybe she went to the church.  ….Or, if she’s not there, maybe she went to her mother’s.  She’s always going to her mothers’ a lot.  Everything’s okay.  …..Right?….The rest of the town is at first eager to gossip over the scandal – Aurelie makes for an attractively wicked villainess, and Amiable is entertainingly clueless.  But then Amiable starts to lose hope, and gives up on his baking – and the whole scandal suddenly becomes way less entertaining. 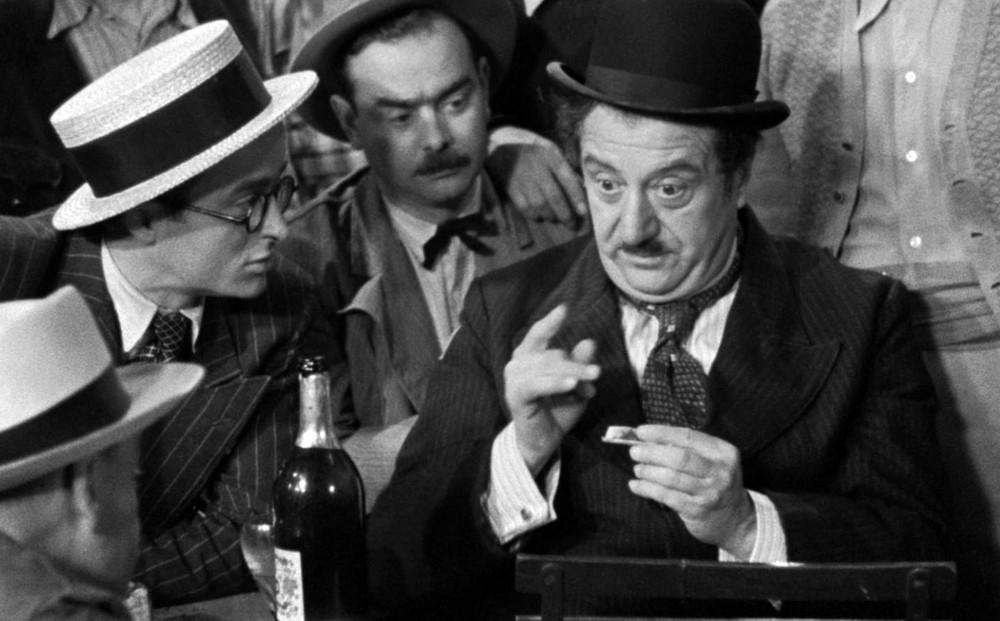 The film is mostly occupied with following Amiable’s blundering search for Aurelie and the town’s reactions to the unfolding drama; moving from titillated gossip to an all-hands search for Aurelie, to return her to her grieving husband so he can start baking again. The renowned French character actor Raimu, as Amiable, excels here; he’s got a lot of lines that imply Aurelie has been playing him for the fool for years, fooling around with other men under his nose and making plenty of “trips to mother” to deceive him.  But he delivers them with such a trusting straight face that even though you realize how thin those excuses are, you also realize Amiable believes them, poor guy (or, maybe he’s willfully deluding himself), and it takes you from wanting to point and laugh at Amiable to wanting to give him a sympathetic hug.  Towards the end when some local yokels give him a “gift” of a pair of antlers, a jibe at his cuckold’s status, he is visibly hurt, but dismisses it with a patient shrug – and you want to punch people on his behalf.

There’s an interesting subplot, too, involving the local vicar.  He’s a straightlaced pious boob at the top of the movie, picking a fight with the local schoolteacher over a tiny point in the history of Joan of Arc (“you said that she ‘believed’ she heard voices instead of saying she did!”), and is horrified by the scandal over Aurelie, implying in a sermon that Amiable needed to be a stricter husband.  But a lengthy talk with the mayor concerning the heights and pitfalls of romantic love, coupled with a closer study of Amiable’s emotional roller-coaster, moves the young priest to a more compassionate perspective.  There’s a lovely scene at the end of the film when he encounters the straying Aurelie – and instead of lecturing her, he reads her the story of Jesus and the woman accused of adultery, ending with Jesus’ charge to “go and sin no more”.  It’s more a character study than a fleshed-out subplot, but it’s a lovey element. 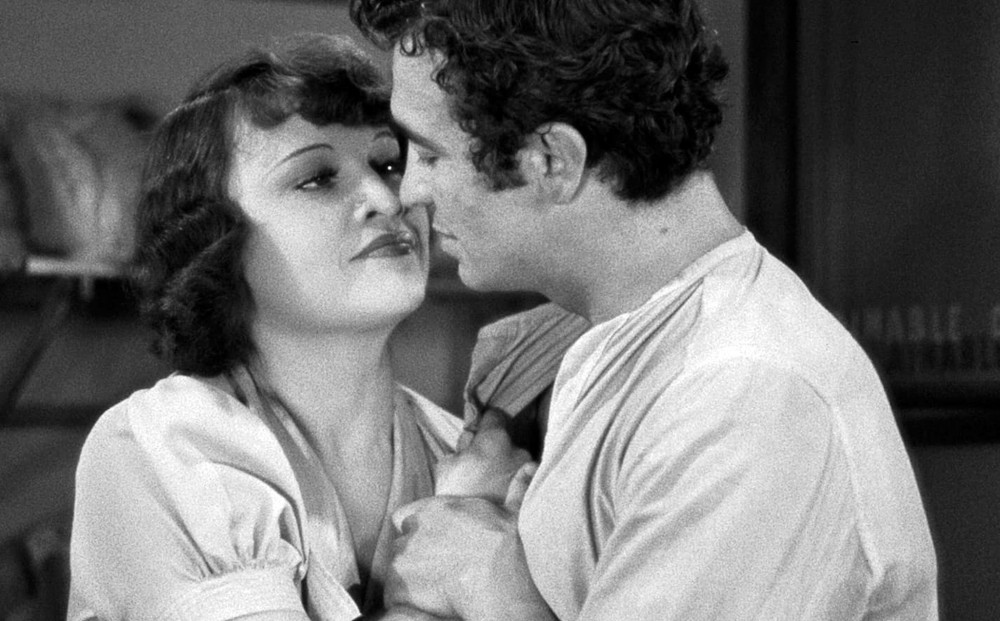 Surprisingly, I’d had contact with this film before – or at least something inspired by it. In 1976, Broadway composer Stephen Schwartz tried adapting the film as a musical; it enjoyed some successful runs in Los Angeles and Washington D.C., but never came to Broadway itself.  Usually falling short of Broadway is a kiss of death in the musical theater world, but the Baker’s Wife musical gained a cult following, thanks to a Grammy-winning cast album and one hell of a solo number for Aurelie (renamed “Genevieve” in the play), “Meadowlark”, in which she agonizes over whether to run away with Esprit.  “Meadowlark” became a go-to audition piece for a lot of actresses; I actually heard it first in one of my voice classes in college, when a classmate chose it for one of her study pieces.

The song, and the musical, treat Aurelie a lot better than the film does – the musical implies that she’s happily married to Amiable, and that their May/December relationship suits her because of Amiable’s kindness and care; her affair is an anomaly born of a deeper connection with a previously-unknown sense of passion.  The film is very different; there’s no “Meadowlark” moment at all, and instead Aurelie and Esprit have instant chemistry and jump straight to acting on it, without a thought spared for poor Amiable.  Moreover, the film implies that this isn’t the first time Aurelie has strayed.  But towards the end, film Aurelie seems to have come around to the same kind of affection for Amiable as well at long last.