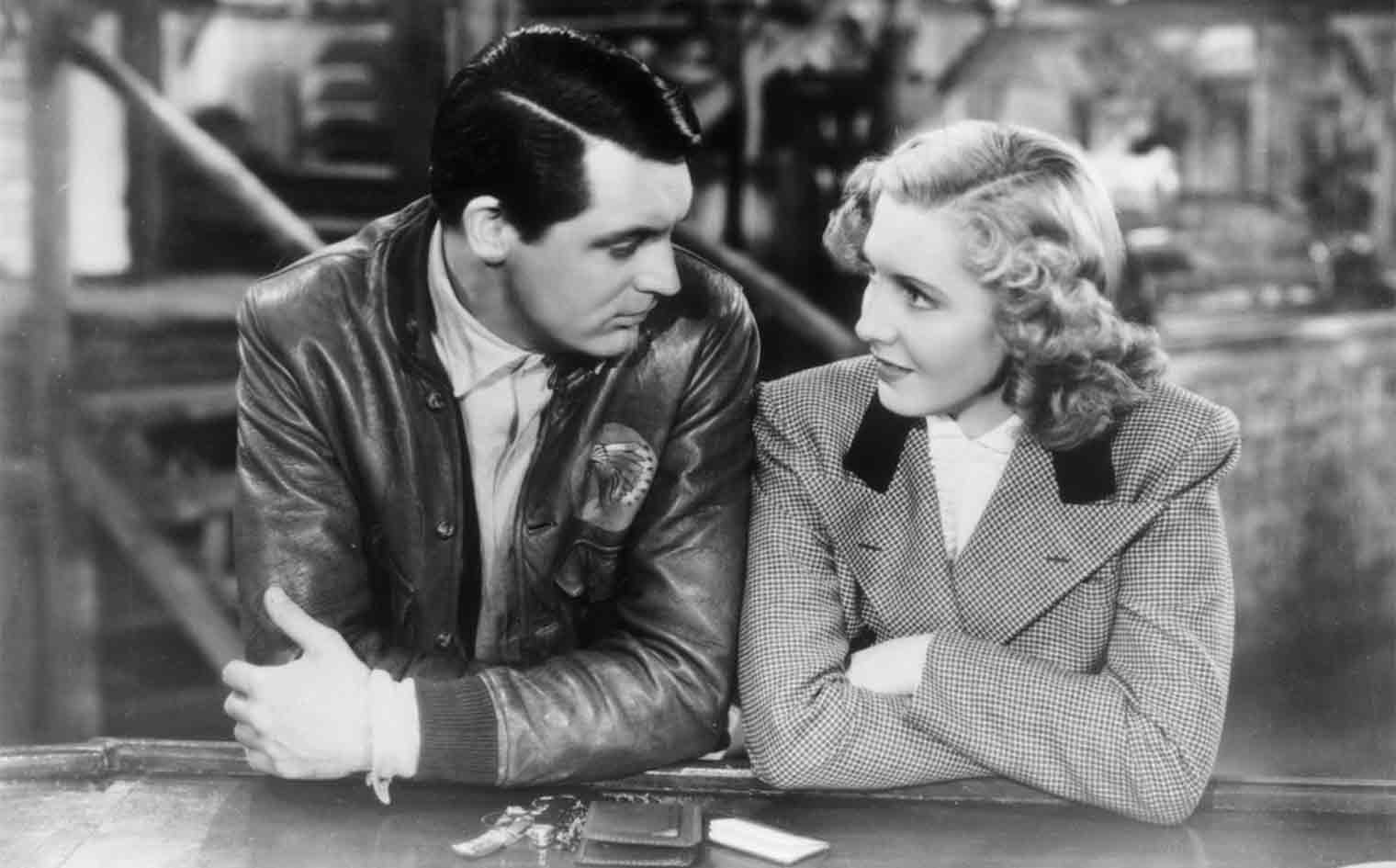 Okay. One of the principles upon which I have founded this blog is that “so long as I keep in mind that my opinion is simply that, an opinion, I need not be ashamed of it”.  I was briefly discussing this with another Movies-Before-You-Die blogger, discussing this reputation that we seem to grant to Classic Films – these films have made it into a collective Canon, and its membership in the Canon can sometimes mess with people’s heads and make them think that they should therefore like a film.  But not everyone is going to like everything, after all, and there are some pieces of art that are just not to everyone’s taste.  We don’t fret if we dislike a contemporary movie, after all – we also don’t fret if we see a movie with a friend and one of us likes it and the other hates it.   People are different.  People like different things.  And that’s just fine.

So it does not concern me that even though the A.V. Club declared that Only Angels Have Wings is possibly “the greatest Hollywood movie of all time”, and The Guardian praised its “drama, intrigue, laughter, and chills”, Slant magazine calls it “a bizarre and gorgeous masterwork,” and it has a 100% Fresh rating on Rottentomatoes.com, my reaction can be summed up by a single word: “Bleah”.

I was so bored by this, you guys.  We see no less than four planes crash over the course of this film, and I was still bored out of my mind.  Cary Grant in a serious role bored me, the machinations of the soap-opera plot bored me, Jean Arthur and Rita Hayworth in piss-poor roles bored me, I just could not get into this.

I was bugged right out of the gate with a plot bait-and-switch; things started out with Jean Arthur as the seeming lead; she plays Bonnie Lee, an adventurous but cash-poor tourist, traveling on a steamship up the South American coast, and disembarks in the town of Barraca to stretch her legs while the crew takes on a freight of bananas.  As she’s exploring, a pair of American expats try to pick her up, taking her to their local hangout for a drink; but only when they’re already there does Lee learn that they’re pilots for a local air courier service, and that they’ve taken her to the canteen on their base.  But then Cary Grant – their square-jawed boss Geoff Carter – tags one of the two to make a late-night run over the Andes, and a last-minute change in the weather causes our unlucky pilot to crash – and Lee is horrified to see Carter and the others brush off his death as no big deal.  She prepares to storm out – but Carter is just so cute that she comes back, and she ends up missing her boat and has to stay there for a week.  And with that, Lee’s character arc gets pretty much sidelined for the rest of the movie.

Not that it’s much of an arc, though. For the rest of the film Arthur is reduced to a dithering sap, swinging between twue wuv for the taciturn Carter and repulsion at his callousness and cruelty.

As for Carter – it’s blindingly obvious his callousness is a defense shielding him from the pain of continuously losing pilots he cares about – in a manly brotherly way, of course – coupled with an old pain from having an earlier Love Of His Life slip away from him.  Lo and behold, his ex-Judy (Rita Hayworth) shows up, now married to a new pilot who’s come looking for work.  Except this new pilot MacPherson (Richard Barthelmess) is trying to overcome a bad reputation he got for bailing out of a plane a couple years back, leaving his co-pilot to die in the crash – and whaddya know, his co-pilot’s brother is Carter’s best buddy, another pilot there on the base.

It’s a total flippin’ soap opera, with predictable plot twists and super-thin character arcs (especially for the women), and the rave reviews I’m seeing now are doing nothing to convince me otherwise.  One of the reviews I’ve just read even admits that the plot is “paper thin”, but excuses this on the grounds that the film is “a scalpel-sharp analysis of men under pressure: bitching, blaming and refusing to back down.”  Quite frankly, I’ve had quite enough exposure to “men under pressure” in the real world, and found this stereotypical, melodramatic, and trite.

There was maybe one moment I found a little tense – where the disgraced pilot is attempting to fly cases of nitroglycerine over the Andes but has had to turn back, and has to jettison them out a trap door in main cabin by hand while still piloting the plane.  But all the elements in that were so over-the-top – the fact that he was trying to be in two places at once, the fact that he was dodging mountain peaks in the Andes, the fact that he was working with boxes of nitroglycerine – that I felt I was being manipulated, and half expected him to also have an almost-fell moment where he slips out the trap door and dangles by a rope or something.  I mean, why not, since we’ve already got the guy juggling nitro singlehandedly in the mountains while flying one-handed and dodging condors?