This is a film whose reputation definitely preceded it, and that mere fact gave me pause.  It’s one of the most famous-for-being-famous films in the canon; for a reviewer, it probably carries the same weight that Hamlet’s “To be or not to be….” soliloquy carries for an actor.  Right before I began, I wondered aloud on Facebook: “why does it feel like I’m about to undergo hand-to-hand combat?”

But I had other misgivings too, particularly about the nature of that reputation.  It’s long as hell, first of all; a whopping four hours.  The original print built in an overture, an intermission, and exit music, all faithfully included on the pair of DVDs I received.  Alex heard me briefly consider whether I should split the film over two nights, or watch the whole thing in one go; he simply suggested “….I think that’s between you and your God,” and then fled to the safety of his room. And even if the film were only half its length, there’s the subject matter; a rose-hued, sepia-toned depiction of the old Confederate South and the indignities it suffered during Reconstruction, told via the impact of those events on the life of a spoiled Southern Belle.  Less than 24 hours previously I’d been listening to a longform radio news piece on the origins of the Ku Klux Klan and how the Daughters of the Confederacy promoted the various Confederate Monuments across the country, at general taxpayer expense.  So what with that, my reticence about the length, and the long shadow it cast, I girded my loins a bit before watching (and I watched the whole thing in one go).

And that’s why I’m so surprised that I found parts of the film engaging; even more surprising, it was the Civil War And Reconstruction parts I got into most. 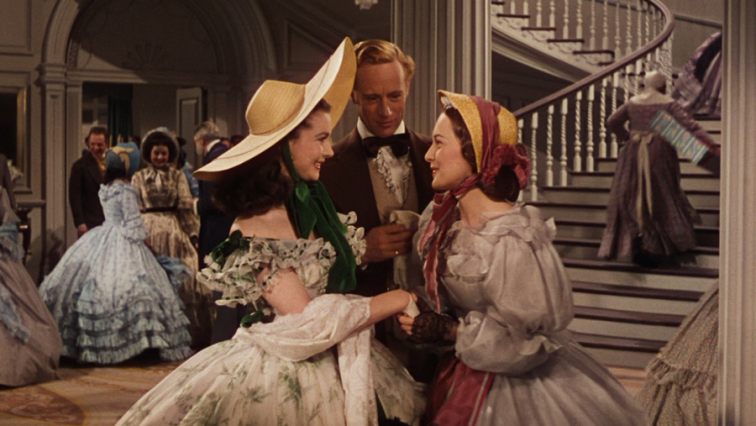 It is probably unnecessary for me to give a brief plot overview, but: Vivien Leigh is Scarlett O’Hara, the daughter of plantation owner Frank O’Hara.  At the start the film, she is a pretty, spoiled flirt, stringing along every guy in town while secretly pining for her neighbor Ashley Wilkes (Leslie Howard). But during a grand ball at the very start of the film, Ashley announces he is now engaged to his cousin Melanie Hamilton (Olivia de Haviland); and a mere moments later, news reaches the revelers that the Confederacy has just seceded and is now at war with the North, causing all the men present to instantly rush to their horses and head off to enlist.  Scarlett marries Melanie’s brother in an effort to stay close to Ashley and is almost instantly widowed when her husband dies of pneumonia in an army camp. Over the course of the next several years, Scarlett goes through one war, two more husbands, a couple of Yankee soldier attacks, and the loss of several family members, accompanied by Melanie, her two sisters, her longtime nurse Mammy (Hattie McDaniel), and a ditsy servant named Prissy (Butterfly McQueen), with a rogueish fellow named Rhett Butler (Clark Gable) occasionally offering his advice and assistance – and frequently his love. 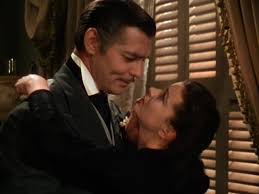 Now, as fine as Leigh and Gable’s performances were, I did not like their characters in the slightest.  Rhett is intended to be seductive, but today he would come across as really creepy – basically forcing himself on Scarlett several times, with increasing bluntness, until she relents.   And as for Scarlett – no matter what hardships the film throws at her, she never really grows out of her selfish and manipulative ways.  Again and again she is compared to the kind and sweet Melanie and found wanting; but the film follows her story and treats her as a noble, scrappy survivor rather than as a spoiled brat who desperately needs to get over herself.

The film even seems to suggest that it’s going to go that way in the middle. Some of the film’s best-known sequences deal with the wartime chaos and its aftermath – Scarlett and Rhett desperately trying to steer a carriage through flames as Atlanta burns around them, Scarlett heading to the hospital in search of a doctor and being confronted with a street that is all but carpeted with wounded soldiers, Scarlett and her sisters trying to pick cotton in the fields in an attempt to save their home after all their other slaves have either disappeared or been killed.  Ironically, I liked the Scarlett you see here – she’s still a little mean, but she’s practical, tough, and no-nonsense, taking over the management of her house and the care of her father and even singlehandedly fending off a Yankee intruder.  For a brief while it seems like the hardship of the war has even taught her something but then a desperate need for cash sends her back to her old coquettish ways, driving her to make a new dress out of some drapes in an effort to charm her way into a marriage of convenience, and she lost me again. 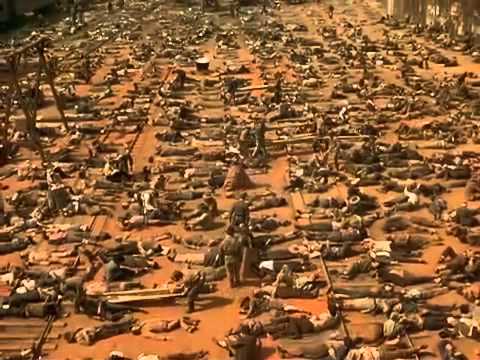 I compared notes with a few people before and after watching.  Alex said he saw it in film school, and when I asked what he’d thought, he hesitated, then said “well….it looked pretty.”  I agree – it is beautifully shot, with some eye-popping sequences; the Confederate wounded in the streets for one, and a contrast between the earlier genteel fantasy world at Ashley’s plantation “Twelve Oaks” at the start of the film contrasting with a sequence showing the burned-out mansion later.  There’s a scene where Scarlett is silently staring up at the ash-blackened steps in Twelve Oaks, and I couldn’t help but think – as Scarlett was no doubt thinking – that the last time we saw those steps, Scarlett was tripping down them in a glamorous gown, the day the war started.  The pre-war world is vividly lush and green and verdant, while the post-war world is all dry yellows and browns and ash.  And regardless of your current political assignations, it’s hard not to feel some sympathy for the post-war South, even as you’re aware you’re being manipulated into it.

My problem is that the film then moves on from the immediate post-war South to get bogged down with some interpersonal drama with Scarlett and Rhett and Ashley and Melanie, dealing with problems of their own making prompted by Scarlett being her old selfish self, and I quickly lost what interest I’d had in the post-war world they’d been building.   Scarlett growing up in a hurry and barking out orders was getting interesting – Scarlett turning back into a simpering belle bored me again, no matter how hard the film was trying to tell me that what I was watching was a Tragic Doomed Romance instead of some Rich People having Rich People Drama.  Another person I know online summed up the film as “ten minutes of Civil War and five minutes of hatesex” amid “four hours of blah”, and I could definitely have done without the hatesex bits.

But still – as God is my witness, I never have to watch this film again.