According to family lore, Fantasia was the first movie I ever saw in a theater. I was about three, so it was either just before or after my brother was born; most likely in the indie theater at the state university campus the next town over from where I grew up.  My parents probably made the mistake common to a lot of young parents – they saw it was a Disney film, thought “okay, perfect for kids” and didn’t investigate further (or if they’d seen it when they were younger, they forgot about it).  So it wasn’t until we were sitting in the theater, with me wide-eyed at the “Night on Bald Mountain” sequence and my mother whispering to me that everything was going to be okay, that they realized their mistake.

I don’t remember any of this, so fortunately it doesn’t seem to have scarred me.  Mom and I chatted right before I watched this, and she teased me that “I’m glad you’re brave enough to revisit it now!”

What struck me, actually, was just how innovative an idea the whole thing was. Basically it’s an anthology of short films, each of which had been inspired by a certain piece of classical music.  Anthologies-of-films aren’t that novel an idea in and of themselves – the recent Ballad of Buster Scruggs is a live-action example, as is 1993’s Short Cuts and 2006’s Paris, Je T’aime. You could also say that Intolerance back in 1916 was an anthology as well.  But Disney originally planned for Fantasia to be a recurring and ever-changing thing – re-releasing it every year or so, swapping out older segments for newer ones as they were produced, keeping the popular fan favorites and retiring some of the less-popular ones for newer content.

True, there could have been a mercenary motivation (“we’ve gotta find something else to do with these short subject pieces aside from just slapping them in front of newsreels”).  But Disney’s original conception was quite grand, including the invention of a whole new sound technology, “Fanta-sound,” with Disney encouraging theaters to install it prior to screenings. I’ve spent several fascinated minutes imagining what else may have come of it if the idea had truly taken off. Unfortunately, with the outbreak of World War II, Disney lost out on their usual European market; and the Fanta-sound system was cost-prohibitive for many theaters, so the initial film didn’t recoup as much of its original investment as Disney had hoped. So this version was the only one until the year 2000 (more on that version in a minute), and the 1940’s Fantasia was left to stand on its own.

….If you’ve been to a children’s program at a symphony orchestra, you kind of get how the framing device behind Fantasia works.  All the music is performed by the Philadelphia Symphony Orchestra, all of which are taking their seats and tuning up right at the start; finally composer Deems Taylor walks in, taking up a spot next to the two harpists, and introduces the whole show.  Taylor serves as our M.C. for the film, giving us a bit of a brief music history lecture before introducing each of the seven segments:

The “Sorcerer’s Apprentice” sequence is probably the best-known today, followed possibly by the “Pastoral Symphony” and “Dance of the Hours”.  They’re probably the sequences I liked best as a child; they’re the most kid-friendly, with cute or funny animal characters and lots of action.  As an adult, I definitely favor the “Dance of the Hours” out of those three – there’s some obvious comedy due to hippos and elephants standing in as delicate graceful ballerinas. From a technical standpoint, I was also impressed with the ostriches – there’s enough of the “body language” of ostriches that resonates, combined with equally apt body language from your average ballerina to make you think “okay, yeah, ostriches as ballerinas does work.”  Apparently the animators for this sequence were sent on a field trip to a Los Angeles zoo to spend a day watching their various subjects so they could capture their action.

The opening “Toccata and Fugue” sequence also really grabbed my attention.  It’s pretty abstract; all shifting forms and shimmering shapes, lines morphing into bowstrings floating in space and waves rising and falling with the strings and woodwinds.   (I’m amused to note that I was seeing it on a college campus in the early 1970s, and in retrospect I think I can guess what mental state some of the students in the audience may have been in.)  It seemed the most un-Disney film of the lot, and I was pretty surprised.  The “soundtrack” sequence also gets abstract with the animation, but that looked more like a science-class demonstration.

The flip side for me was the “Pastoral Symphony” sequence, with chubby little cherubs and fauns and baby unicorns all prancing around in a twee idyllic paradise, all snub noses and cute widdle hoovsies and…yeah.  It was going for endearing, but to cynical grown-up me it just looked saccharine, with some of the characters looking just this side of a “My Little Pony” cartoon.

Also, the “Pastoral” has a bit of a notorious reputation – part of it depicts a group of female centaurs bathing in a stream and then primping to look pretty for their mates.  In the 1940s, the fact that the ladies were topless (albeit nipple-less) raised eyebrows; but today, what gives people pause is the really blatant racism in a centaur servant, depicted as a full-on “Aunt-Jemima” caricature and doing nothing but dressing the other centaurs and fluffing their hair and such.  I watched this thanks to a DVD copy loaned by a friend (Hi, Scott!) which had been issued as a re-release with the Fantasia 2000 disc; in that version, and in any future theatrical re-release, all appearances of that particular centaur have been carefully edited out.  You can find the uncensored version of that segment online, however; and honestly, after tracking it down, I can attest that this character doesn’t add anything by its presence. 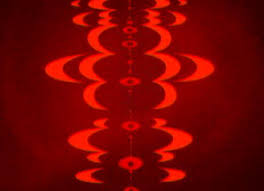 Speaking of Fantasia 2000 – this was the first (and so far only) sequel to the original, borrowing from the initial plan to re-release the film with new short films in each program.  The 2000 version keeps the “Sorcerer’s Apprentice” sequence, but everything else is new – an appearance by Donald Duck, a piece based on the “Steadfast Tin Soldier” story, a lovely nature tale set to Stravinsky’s “Firebird Suite”, and a piece set to “The Carnival of the Animals” which sees James Earl Jones as the M.C asking “what would happen if you gave a yo-yo to a flock of flamingos?”  I saw the 2000 version in the theater, and dipped into the DVD again since I had it; one of the pieces that impressed me at the time was a sequence with some humpback whales.  But on re-watch the animation looked a little too blatantly “CGI”, and it put me off.  My favorite sequence from the 2000 edition, however, I watched all the way through – a sequence set in 1930s New York City, with the art done in the style of the famed caricaturist Al Hirschfeld and set to Gershwin’s “Rhapsody in Blue”.  Then, as now, it warmed the cockles of my New Yorker heart.