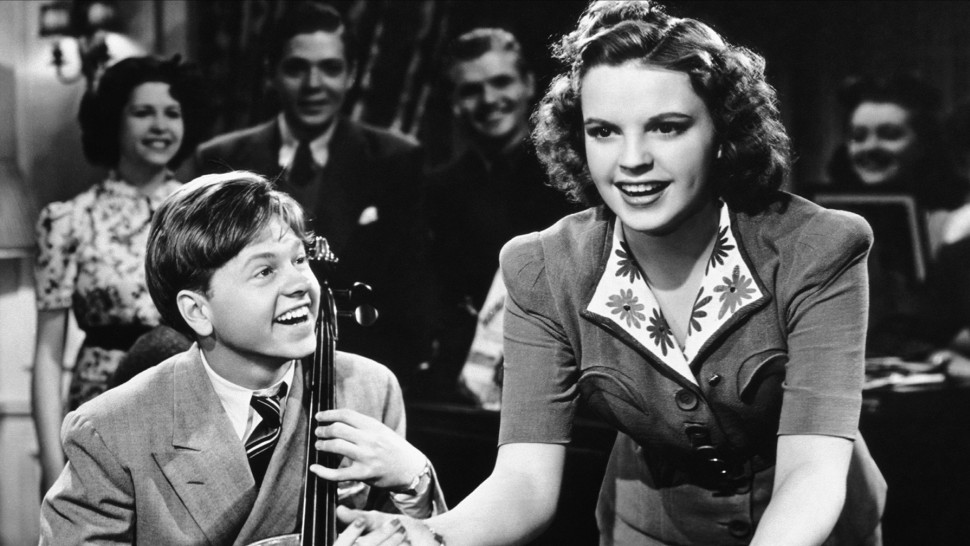 I was initially amused to see that Busby Berkley directed this film, an early Mickey Rooney/Judy Garland vehicle.  But the more I think about it, the more it makes total sense.

You probably guessed when I mentioned the two stars; but confirming that yes, this is an early film from the genre “Hey, let’s put on a show in the barn and save the orphanage!”  You know what I mean – small community facing financial hardship, plucky teens have the idea to put on some kind of show as a fundraiser, rehearsals are a mess but it all comes together and the day is saved.  Often with a side order of “producer boy enlists local hottie as the lead, but realizes the girl next door is actually better and recasts at the last minute”, frequently with a garnish of “and they fall in love too”.  It’s become a very familiar trope, getting used in everything from The Blues Brothers to The Full Monty to TV’s Scrubs and The Brady Bunch and a number of others.  It’s even inspired real-life attempts (in 2009, I helped stage manage such a show to raise funds for my high school’s music program).

With Babes in Arms, however, there was another nuance that I only caught in retrospect.  In this film, the kids are all show-biz kids, the sons and daughters of old vaudevillians now struggling to book shows  in the movie era.  Many of the kids – especially Mickey Moran (Rooney) were part of the family act and are on the cusp of embarking on solo careers; Moran is trying to break into songwriting, encouraged by his girl Patsy Barton (Garland), herself a fine singer.  But when the parents all team up to collectively launch a greatest-hits revival tour, in a desperate bid for money, they insist the kids sit this one out.  Some even suggest to their kids that they could consider other careers.

But these are theater kids.  And speaking as a former theater kid – telling us to give theater up does not work.  It just makes us twice as determined that we will put on a boffo show and show you we can do it, so there. 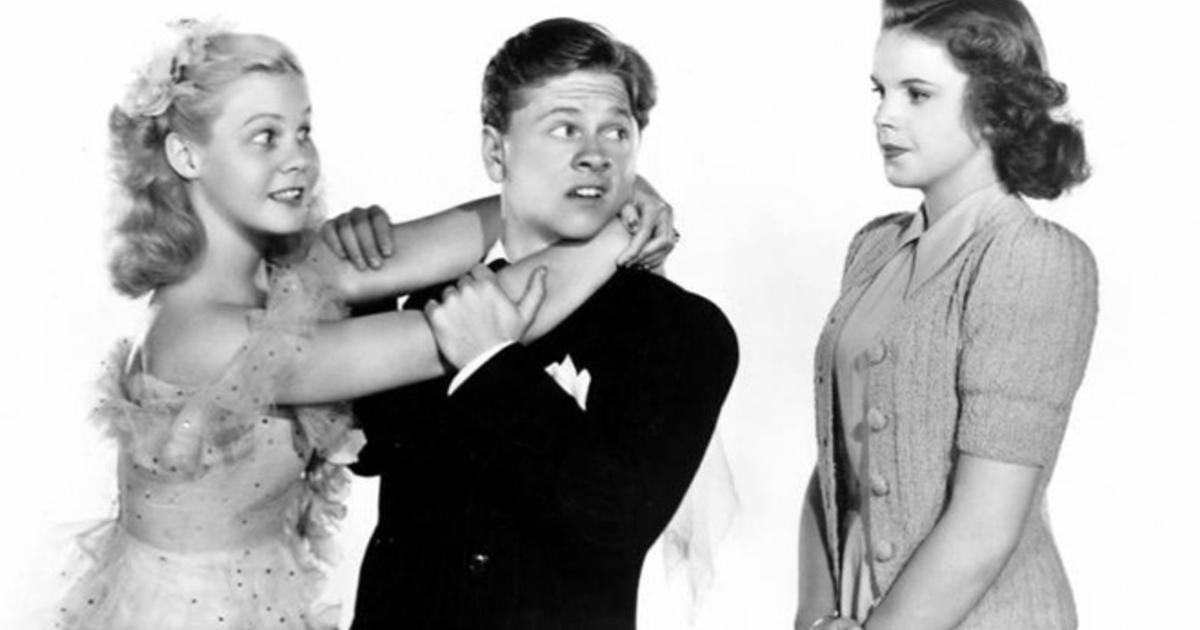 It’s a fantastically predictable plot; the kids struggle to put on the show, Moran and Barton have a lovers’ tiff after he casts the silly Rosalie “Baby” Essex as the lead (Barton thinks he digs her, but he only casts her because she’s a former child star with gobs of money to invest in the show), there are initial disasters, but everything works out in the end – this time, with a Busby-Berkeley-choreographed production number.  But Berkeley’s involvement added a particular bit of subtext; maybe it was unintentional, but this felt like a bit of a torch-passing, with the cast from earlier musical movies giving ground to a team of younger and fresher-faced performers.  One of Berkeley’s regular go-to character actors, Guy Kibbee, even has a role as a sympathetic judge who buys up a whole block of seats for the kids’ show as a gesture of support.  And in a poignant note towards the end, Moran and his father have had a severe falling-out about the younger Moran’s show business career – largely sparked by the father’s career collapsing right when his son’s career is dawning.  But Moran fils finds a way to extend an olive branch by giving his father a job on the show and making him feel valued by show biz again, even in his dotage.

Even Berkeley’s final number is different, doing away with most of the pyrotechnics and showcasing his young leads.  It’s still gloriously excessive – a whole team of dancers filling the aisles and stage of a theater, dancing and singing about the simple pleasures of the U.S. of A. – but instead of a tightly choreographed team of nameless smiling dancers in a swimming pool, the centerpiece of the number is Rooney and Garland trying to do impressions of FDR and Eleanor Roosevelt delivering their weekly radio addresses before leading a group of folk-costumed folks from other lands in a tap dance. It’s no longer 1932; the times are different, the priorities are different, and there are younger, newer stars – grateful for those who paved their way, but eager to set out on their own in a land that’s now theirs for the shaping.  It was a surprisingly poignant note to end on.

….I have one confession by way of epilogue.  There was one scene that I simply could not watch all the way through, and I mention it only as a warning. The scene depicting the kids’ initial performance of their review is a salute to minstrel shows, which ultimately sees the whole cast in blackface singing a medley of minstrel songs – save for one lone young man, dressed all in white and sitting in a grand chair on the stage, and looking for all the world like a plantation owner surveying his “staff” as they entertained him.  Now, I know that this was a scene very much of its time and that I am a person very much of my own time, but I’ve seen quite enough of that. I fast-forwarded it all until the end, where – possibly karmically – a rainstorm interrupts the kids’ open-air performance, leaving Mickey Rooney pleading with the audience to stay as the rain washes off his blackface.

…Good for the rain.