The Life of Emile Zola felt like two movies, each one about a different distinct phase of the French writer’s life. The first third is a rather conventional biopic about his early poverty-ridden struggles and rise to fame; but the rest of the film follows Zola’s involvement with the “Dreyfus Affair” scandal, and spends so much attention on explaining the situation to American audiences and depicting Alfred Dreyfus’ struggles that Zola is reduced to a supporting character. The tone of each section is markedly different, and it felt more like an ensemble movie about the Dreyfus Affair with a vestigial second movie stuck to it like an extra thumb or something.

(I link to the Wikipedia page above, but a super-quick explanation if you would rather just stay here: Alfred Dreyfus was a French artillery officer who was accused of passing military secrets to the Germans in the 1890s. He was innocent, but he also happened to be Jewish, and when the evidence didn’t convict him, his anti-Semitic superiors conspired to forge some rather than admit they were wrong. They kept up the conspiracy even after Dreyfus had been sentenced to a prison colony and the real evidence pointing to the real culprit, a Hungarian-born count, came to light. Dreyfus’ supporters appealed to Zola for help, thinking he could write something in support of their cause; Zola went even further, writing an open letter to the President of France accusing the entire French government of anti-Semitism and complicity in the cover-up, hoping that he would himself be accused of libel – during a libel trial, he thought, he could present proof of Dreyfus’ innocence.) 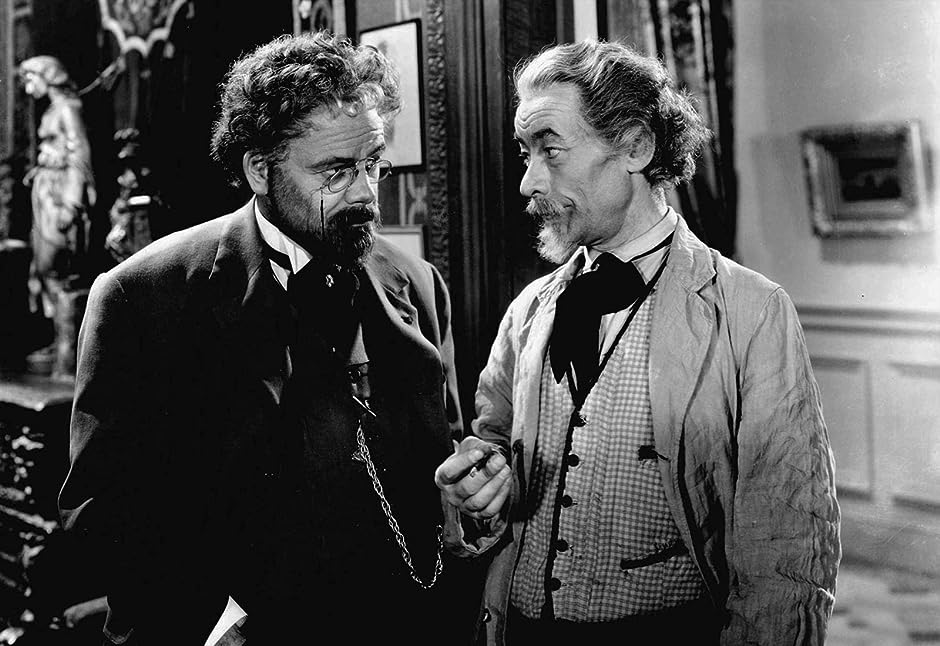 The film does attempt to connect the two parts. The first bit is a run-of-the-mill tale of an artiste getting his big break, and checks all the related tropes.  We see Zola (played by Paul Muni) shivering and starving in a garret with his roommate and childhood friend, the painter Paul Cezanne; we see him quitting a job on principle when his boss wants to curtail his writing; we see lots of passionate pledges to write about “The Truth”; we see the sudden joy at his big break, and the montage of time passing and the money rolling in. We even see the trope of Zola becoming a little bit of a sellout and getting called on it by his old friend Cezanne. 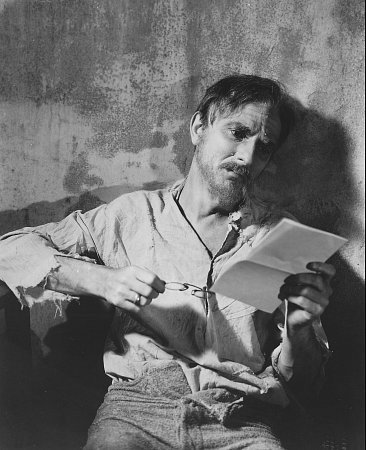 The movie implies that Cezanne’s accusation nagged at Zola enough to spur him to agree to help Dreyfus; but Muni all but disappears from the screen for 40 minutes after Cezanne’s callout, and such a connection isn’t necessarily apparent to the average viewer.  In fact, I bet you could remove the “Zola: the Early Years” portion from the film entirely and turn this into an ensemble piece solely about the Dreyfus Affair; the film delves into the machinations of the conspiracy in detail, showing several back-room hushed plotting conversations and lots of frantic appeals from Dreyfus himself (played by Joseph Schildkraut, who won an Oscar for Best Supporting Actor).  Even during Zola’s libel trial, he’s mostly silent, with his attorney (Donald Crisp) making most of the impassioned arguments for the defense (save for one address Zola gets to make to the jury).  It’s an intriguing enough story to stand on its own, and it got me wondering why they didn’t just make a film about Dreyfus since it seemed like that was where the filmmakers’ interest lay.

The fact that Dreyfus was Jewish, however, and the fact that it was the 1930s, may have been why. Even though it’s glaringly obvious that Dreyfus is a scapegoat because of his religion, no one in the film actually utters the words “Anti-Semite” or “Anti-Semitic”.  No one says the word “Jew” either, for that matter – the closest they come is when Dreyfus’ accusers are reviewing a list of officers, looking for a likely culprit in the espionage case they’ve just uncovered, and the camera shows us the list, focusing on the line listing Dreyfus’ name, rank, and religion.  “Here’s someone,” one of the officers says, “Dreyfus.”  And – his finger taps the line directly under the word “Jew”. 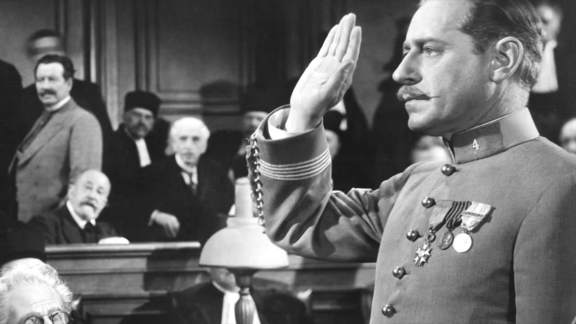 At the time this film was made, Hollywood filmmakers were just as aware of the Nazi threat in Germany as the average American (which is to say, not much).  They may have known a bit more than the average American, in fact, since several talented Jewish filmmakers and screenwriters were abandoning Europe for the comparative safety in the United States; director Billy Wilder, an Austrian Jew, had already been in the country for three years at the time Emile Zola was released, having fled Europe as soon as Hitler was elected.  But the rest of the country was unwilling to accuse Germany of anything untoward, taking a sort of “let’s look at both sides” approach (an approach that sounds uncomfortably familiar today).  Film studios regularly submitted both scripts and completed movies to the German consul based in Los Angeles for their approval and would make cuts in the finished films upon request.  Nazi party faithful Georg Gyssling took on the role in 1933, and took his job as Hollywood policeman seriously – regularly threatening the studios that if they showed an anti-German picture anywhere in the world, then all of that studio’s films would be banned in Germany itself.

It’s not a huge leap to imagine that a studio may have initially wanted to make a film about the Dreyfus Affair itself, but slapped Zola’s story around it as a sort of shield to get the Dreyfus story past Gyssling.  But its sensitive treatment of Dreyfus, and its focus on the “Dreyfus years” for Zola, suggest that his was the story they really wanted to tell.