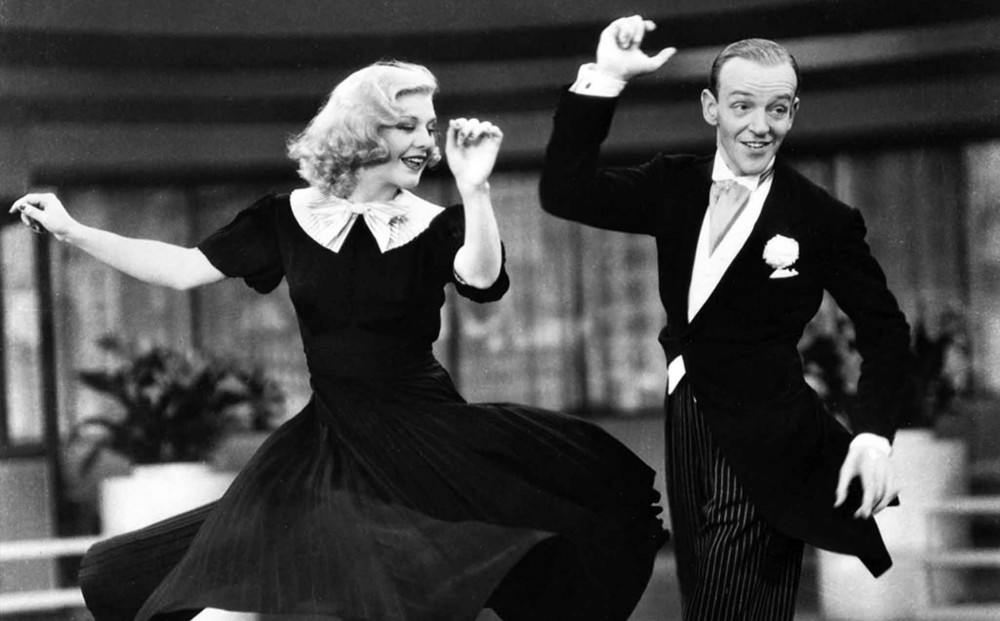 Right.  You remember how in my review of Top Hat, I gave a particular shout-out to Astaire and Rogers’ dancing, and was lukewarm on the plot?….Yeah, I had the same reaction to Swing Time, except even more so.  The dancing felt more impressive, but the plot and the rest of the film felt…more flawed.   Initially I was uneasy about my response, since several critics tout this as one of their best works; but I’ve read a few other critics’ reviews, and even they focus almost exclusively on the dancing, saying next to nothing about the plot.  I suppose I could have ignored the bits that didn’t work for me…but I’m watching a movie, not a dance recital.  And the non-dance bits just plain didn’t work this time.

This time around, Fred Astaire is John “Lucky” Garnett, a performer in the suburbs who’s engaged to a wealthy heiress; but her father disapproves the match and insists he find another line of business.  Lucky concocts a plan to try gambling instead – heading to New York, making a big pile of money, then coming home victorious and marrying his sweetie.  Except almost the second he gets to New York he meets Penny Carol (Rogers), an instructor at a dance school, and is intrigued enough to enroll for a class with her as a pretext for getting acquainted. The pair are so well-suited as dancing partners that they come up with a night club act, and start to fall for each other – except Lucky’s still got a fiancée, and Penny has the orchestra leader, Ricardo Romero, trying to woo her as well…

So, okay.  The dancing throughout is top-notch, with some of Astaire and Rogers’ most famous routines to some now-classic songs on display.  The song “Pick Yourself Up” is from here, with Astaire pretending to bumble his way through a dance lesson before busting out a flawless tap routine and blowing Rogers away.  A later number, “Never Gonna Dance,” is a showstopper, coming towards the end when our lovebirds are doing one more dance together when they think they are about to be parted.  Sometimes the songs themselves are enough of a draw, even without dancing – “A Fine Romance” is also here, with Rogers lamenting Astaire’s lack of ardor.  “The Way You Look Tonight” (an Oscar winner for Best Song that year, by the way) sees Lucky idly playing the piano and singing in Penny’s dressing room at the club, sparking her crush.  (Amusingly, Penny is in the middle of washing her hair when he sings, and comes to listen in awe; the sentiment of the moment ends when they both realize “the way she looks” maybe doesn’t quite fit.)

But that wasn’t enough to shake my feeling that throughout the whole movie, everyone was being mean to each other. Lucky’s actually due to marry his fiancée at the very beginning of the movie, but his performer colleagues pull a series of pranks and throw diversions in his path to make him fully two hours late to the church.  Lucky’s buddy “Pop” has followed him to New York for a go at gambling as well, and much of his success comes through cheating. Ricardo shamelessly flirts with Penny right in front of Lucky, and stages an outright strike during Penny and Lucky’s planned night club debut. Lucky is an outright pest to Penny when they first meet, getting her so angry that a nearby traffic cop threatens to arrest her for disturbing the peace.  Even the “happy ending” at the very end – come on, that’s not a spoiler, you knew this was going to have one – comes about through pranking someone and making them look ridiculous.  I can’t help it – you can have all the pretty dancing in the world, but if the dancers themselves are all acting like jerks, it’s still going to leave me cold.

I need to mention that a dance moment also left me uneasy. Astaire has a number in the film called “Bojangles In Harlem,” which is a bit of a personal statement for Astaire – it’s an homage to Bill “Bojangles” Robinson, the African-American vaudevillian whose tap-dancing style inspired Astaire as a child.  Now, the dancing in this number is stunning.  Astaire starts out leading a bevy of chorus girls, but midway through the number they leave him to a solo – and midway through, some camera trickery makes it look like his shadow runs out of breath halfway through and walks off to take a rest.  The lyrics of the song also make clear that this is a love letter to Robinson, singing his praises to the skies.  But – throughout this whole number, Astaire is in blackface, and is dressed in an over-the-top Jim Crow minstrel outfit. 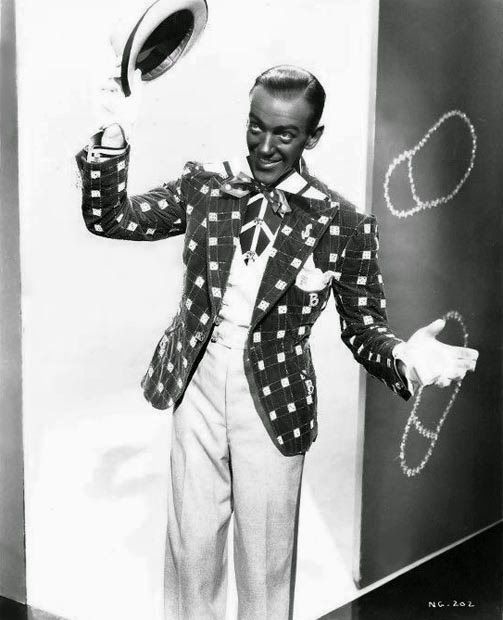 I’ve read a few apologetics for this scene that point out Astaire’s makeup isn’t a full-on “blackface” caricature; the overly-red lips and white-rimmed eyes are absent.  The lyrics are also free of the stilted dialect and vernacular you’d expect.  It is apparent that back in 1936, this was considered a sincere homage – possibly even tasteful.  Today, however, it left a very sour taste in my mouth.

My recommendation: get the film on DVD so you can skip everything but the dances and call it good.