Alfred Hitchcock, director of Sabotage, ultimately didn’t like it very much.  He didn’t get the lead actor he wanted (he wanted to work with Robert Donat from The 39 Steps again, but Donat was sick), his lead actress Sylvia Sidney didn’t like his shooting technique and locked horns with him on set, and he second-guessed himself about whether he went over the top on one of the sequences.   I can agree that it wasn’t perfect, but it’s still nothing to sneeze at.

Sidney plays Mrs. Verloc, the new-ish wife to a movie theater manager; she oversees the box office and sends her kid brother Steve (Desmond Tester) out on errands, and when it’s slow she chats with the friendly greengrocer next door (John Loder, the fellow who ended up replacing Robert Donat).  She’s on cordial, but restrained, terms with her husband Karl (Oskar Homolka) – a fellow with a thick European accent and a habit of slipping out of the house at odd moments.  Karl is nice enough, but his wife (we never learn her first name) is still restrained around him and possibly suspects something’s off.  The greengrocer is also suspicious – he’s actually Sargeant Ted Spencer of Scotland Yard, working undercover and keeping an eye on the suspicious Karl.  And with good reason – Karl has been working with a secretive network of terrorists working to cause mayhem in London, doing things like breaking the city’s power grid and causing a blackout.

It’s not clear what the terrorists’ goal is, or even who they are.  Karl’s accent is vaguely Germanic or Eastern European – but he’s actually a sympathetic character, who’s only agreeing to help the terrorists because he desperately needs money.  When he gets the order midway through the film to plant a pipe bomb in Piccadilly Circus, he initially protests – he only agreed to actions that would not cause anyone to lose their lives. But his debts are great and his contacts are menacing, and he reluctantly agrees, collecting the bomb from another member of the group at a pet shop he maintains as a front.   But his wife and the sergeant are increasingly suspicious, and the day Karl is meant to deliver the bomb, there’s a policeman stationed outside his apartment, keeping an eye on him.  Out of desperation, he calls for young Steve, asking him to run an errand… 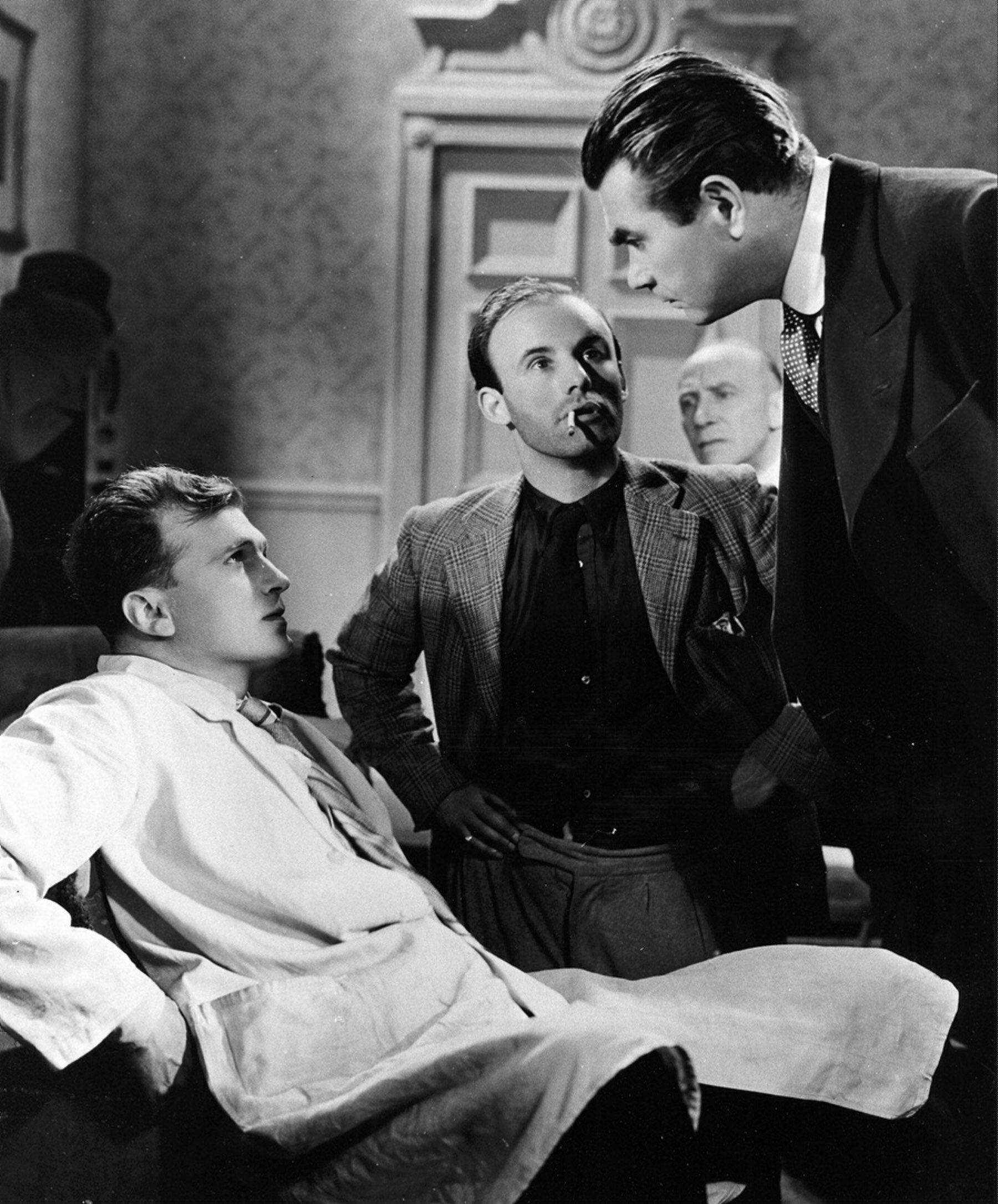 Hitchcock leaves things really, really vague as to the identity of the terrorists, or even what is their ultimate goal.  Early on you suspect that it’s a foreign government at work – but later scenes imply that it’s an organized-crime racket that Karl has gotten caught up in.   But he also seems strangely cold towards his wife and young brother-in-law; the longest conversations that husband and wife seem to have are when she quizzes him as to his whereabouts the night of the blackout (“….Didn’t I see you coming back in through the crowd just now?”  “…No, I’ve been up here taking a nap all this time.”), and then a later series of complaints he makes about the housekeeper’s cooking skills. So he could be a foreign spy who’s taking advantage of a desperate single woman for a cover – or, he could just be a jerk.  Hitchcock simply doesn’t spend all that much time on Karl’s story or the terrorist’s motives.

The lengthiest sequence, instead, is one of the by-now-classic-Hitchcock “suspense” sequences, where Steve is innocently delivering the bomb.  Karl has trusted him with the wrapped parcel, simply telling him that it’s a package he needs to leave for a friend.  The bomb is set to go off at 1:45, so Karl, hoping to keep Steve safe, insists that Steve needs to deliver it no later than 1:30 and be on his way home.  But Steve is a kid, and keeps getting distracted en route – stopping to watch a parade, stooping to play with a puppy, getting dragged into being a toothpaste vendor’s guinea pig – and all the while Hitchcock cuts to shots of clocks, ticking past the minutes from noon to 12:30, to 1:15, to 1:30, to 1:35, to 1:42….I was pretty confident that no matter what happened, even if things didn’t end well, Hitchcock wasn’t going to show me anything gory.  But I still caught myself covering my eyes as the minutes ticked by and young Steve pressed on into whatever his ultimate fate would be.

The very end of the film ties a few loose ends up into a bit too neat a bow, but at least it’s a believable one.  This isn’t perfect, but the bits where Hitchcock is on his game sneak up and grab you.