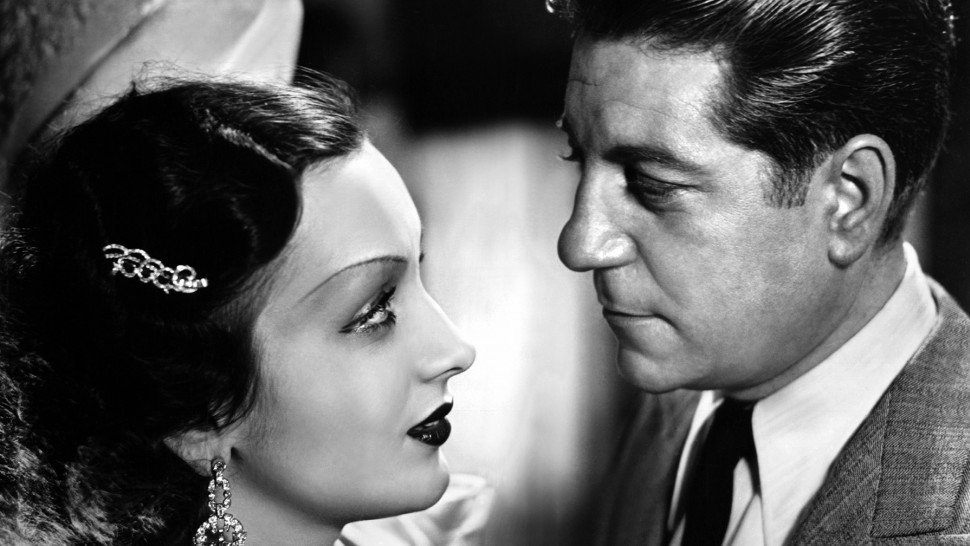 So you know that heist movie trope of the bank robbers pulling off their big score and then fleeing the country to hide out in some exotic faraway country, out of reach of the police?  Pépé le Moko is sort of about what happens a few years afterward, when the robbers start getting homesick.

Pépé (Jean Gabin) is a gangster from Paris who’s been laying low in Algiers for a while after a heist. Everyone knows he’s there – a team of Parisian gendarmes have even come to Algiers at the top of the movie to follow up with the local police in trying to find him.  But the problem is that Pépé has been hiding in the Casbah district, Algiers’ “old city” full of byzantine streets, houses with secret passages, and rooftop escape routes.  It’s also where Algiers’ original occupants live, along with a number of other poor immigrants and other criminals all too eager to help someone escape the clutches of the occupying French authorities; so every time they’ve tried catching him, one of Pépé’s neighbors help him escape. He’s also too smart to fall for any of the police’s efforts to lure him out of the district and into the open.

Local Gendarme Inspector Slimane has somehow managed to befriend Pépé, even though Slimane is quite open with Pépé about his belief that they’ll catch him one day.  Pépé disagrees, of course, but seems to like Slimane anyway; trying to outsmart each other has almost become a game they play.

And Pépé seems to welcome it – because sticking to the Casbah is starting to get to him. He’s assembled a tidy little mob for himself amongst the other residents, running a small gambling den and committing petty theft here and there; he lives comfortably in a spacious apartment; he’s also regular girlfriend in Inez (Line Noro), a Romani drifter who’s settled in Algiers for now.  But not having the liberty to leave the Casbah is getting confining, and he finds himself thinking of France more and more often. 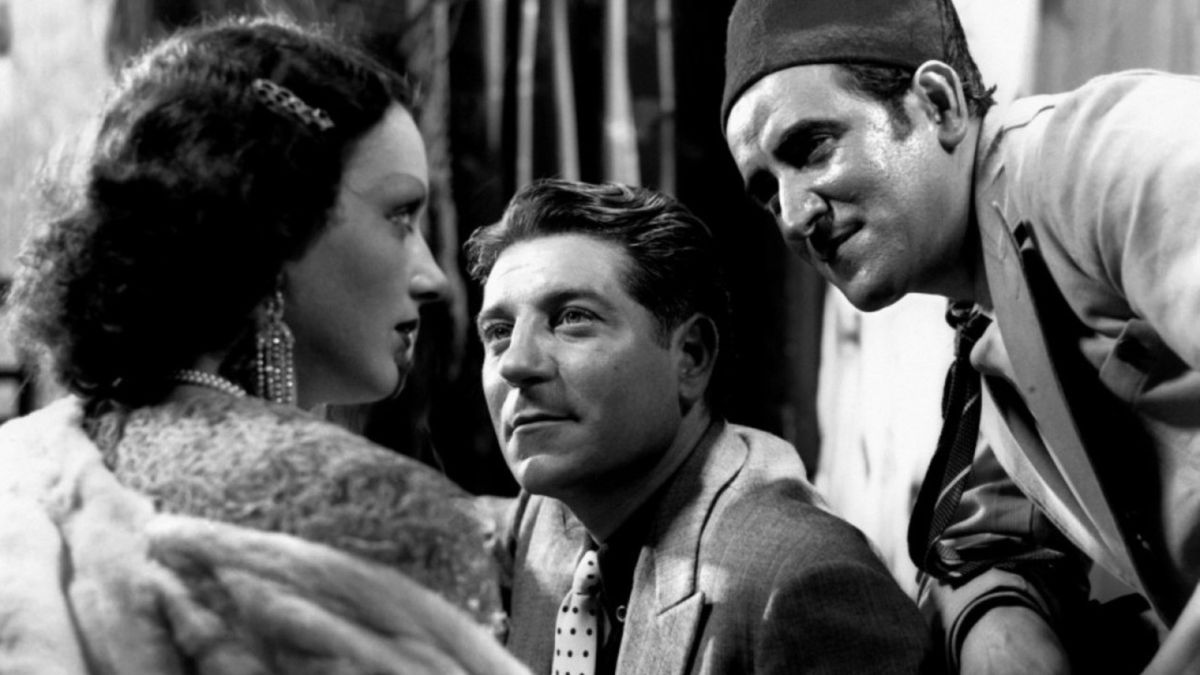 His homesickness comes to a head when he meets Gaby (Mirelle Balin), a wealthy Parisienne visiting Algiers with her importer husband.  Gaby’s pretty much a trophy wife, and her husband is a stick-in-the-mud, so she ventures to the Casbah on her own. Her jewels are what catch Pépé’s eye first – his men see her as an easy target – but then he catches her eye, and they start talking, discovering that they both had a lot of the same haunts in Paris.  Gaby’s attracted to the younger, handsomer Pépé – but as for him, Gaby represents home, and he decides he somehow has to get there.  That is, if he can get past Slimane – who has been watching the whole situation unfold, and thinks he may finally have his chance to win their game.

There was a sequence early on I did not like at all, when the Algerian gendarmes are telling the visiting Parisian police about the Casbah itself, essentially going into detail about what a wretched hive of scum and villany it is. As they speak, we see scenes from the Casbah itself, with people going about their day.  But what the script tells us is dangerous looks…kinda cool, actually – twisty streets you can wander, ancient markets, and people from a staggering variety of nations, races, cultures, and creeds, all getting along and smilingly doing their thing as the narration implies how shady they all are.  The script reserves special scorn for the women – calling them slovenly, fat, immoral, and dirty, but all the accompanying clips simply show women going about their business.  Maybe they’re not as beautifully coiffed and dressed as Gaby is, but why is that a problem?….

Such was the attitude of the colonizing French, however, in the 1930s; it’s part of the world of the movie.   And it is almost instantly dropped – it’s clear that Pépé doesn’t see the Casbah that way, nor does anyone else we meet in the film (except Gaby’s husband, and he’s depicted as being a buffoon for it). Pépé likes the Casbah, and Inez, and everyone else there just fine.  He just wants to be free to leave it now and then is all.  A cleverly edited sequence shows Pépé making his way through the streets of the Casbah, but he’s as smartly dressed as if he were on the Champs-Élysées, and as he walks, the walls of the Casbah around him start turning into the side streets and alleys of Montmarte, the skyline of Algiers dissolving into that of Paris.  Moments like that made up for the early prejudice a little – and it underscored the weakness in Pépé that might lead to his downfall.

Almost immediately upon its release, Pépé le Moko was optioned by a Hollywood producer for an English-language American remake called Algiers, with Hedy Lamarr and Charles Boyer.  Algiers’ director even went so far as to show Pépé le Moko to the cast, insisting that they copy the film exactly.  Boyer’s performance had an unexpected impact on the world of cartoons – the Warner Brothers character “Pépé le Pew” is based on his take on Pépé le Moko – but Algiers was otherwise unremarkable, and Pépé le Moko was the superior film.