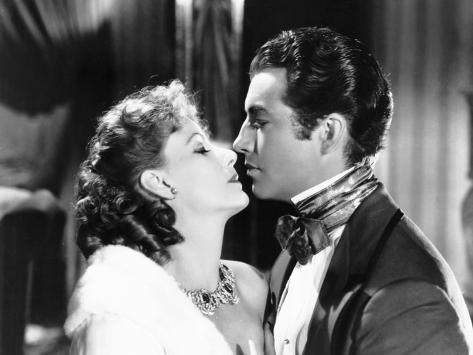 After a number of false starts, I finally realized the only way I could review Camille was from a feminist/socialist perspective.

No, wait, don’t leave.  Just go with me a second.  Here, I’ll even get the non-feminist, film-production stuff out of the way first.

Camille is one of a long line of films based on a classic Alexandre Dumas (fils) novel, La Dame Aux Camelias. In general: Greta Garbo stars as Marguerite Gautier, a courtesan in mid-1800s Paris, who by chance happens to meet young Armand Duval (Robert Taylor), an earnest gent a few steps down on the economic class ladder from her usual suitors. There are sparks between them, but she meets the wealthy Baron de Varville on the same night and chooses to pursue him instead.  Nevertheless her path crosses Armand’s several times over the next few years, with the pair coming closer and closer each time and even coupling up for several months. But each time she and Armand come together, eventually something drives them apart again – her need for money, her declining health (she has tuberculosis), her dicey reputation.  She comes to realize on her deathbed that the only happiness she ever knew was with Armand – and Armand rushes to her side to be with her in her last few moments, so she can die beautifully in his arms.

I realize that sounds like a bit of a cynical take on a film that is widely regarded as one of Garbo’s best works, and the Big Grand Mama of Classic Hollywood Weepies.  And yes, Garbo is indeed excellent in this (despite her laugh reminding me of Tommy Wiseau in The Room in a couple places, for reasons I can’t explain); everyone else’s performance is at the very least serviceable, at most excellent.  But this is the very kind of “Classic Hollywood Weepy” that I have never bought into at all.  I know I’m meant to think of Marguerite’s giving up her beloved Armand as tragic or cruel or something, but it only strikes me as dumb.  Her finally dying in his arms doesn’t feel tragic to me – it feels manipulative, and I’m left cold.

I’ve always thought this was because I was a cynic about Hollywood love stories.  There never seemed to be a good reason for the lovers to be parted except for it serving the script.  Marguerite experiencing “real love for the first time” was a trope I’ve seen so many times that it’s become predictable; and having to give it up was just as predictable. And killing the heroine off right when she realizes it’s too late for “real love and happiness”?  Yep, I’ve seen that too.  I’ve always felt manipulated by such plots – and there are a hell of a lot of movies with plotlines like that, none of which felt realistic in the slightest, so the machinations of the plot always jumped out at me and put me off.

But thinking about the plot of this particular film led me to analyze my cynicism – and I realized it was coming from a very different place.  I’ll explain.

Let’s take a closer look at that plot, starting with Marguerite being a courtesan. The film implies that such a position was shameful; it’s sort-of-kind-of a form of prostitution, with those in “the life” caring more about money and status and gaiety than love. But for several centuries, a courtesan was actually a profession – one of the very few open to women. It was more about being a hostess and companion to a man than it was strictly sexual.  Some married women even kept up careers as courtesans, continuing to provide company and conversation to their benefactors but saving most of their sexual selves for their husbands.  For an independent-minded woman of the 16th, 17th and 18th Centuries, being expected to save most of their thoughts and ideas and opinions for their husbands – if they even had one – probably rankled. On the other hand, if a woman were young and cute and smart enough that a dude wanted to pay her for the privilege of listening to what she had to say, and that was the only option she had for making money, is it any surprise that women who could get away with that did so? 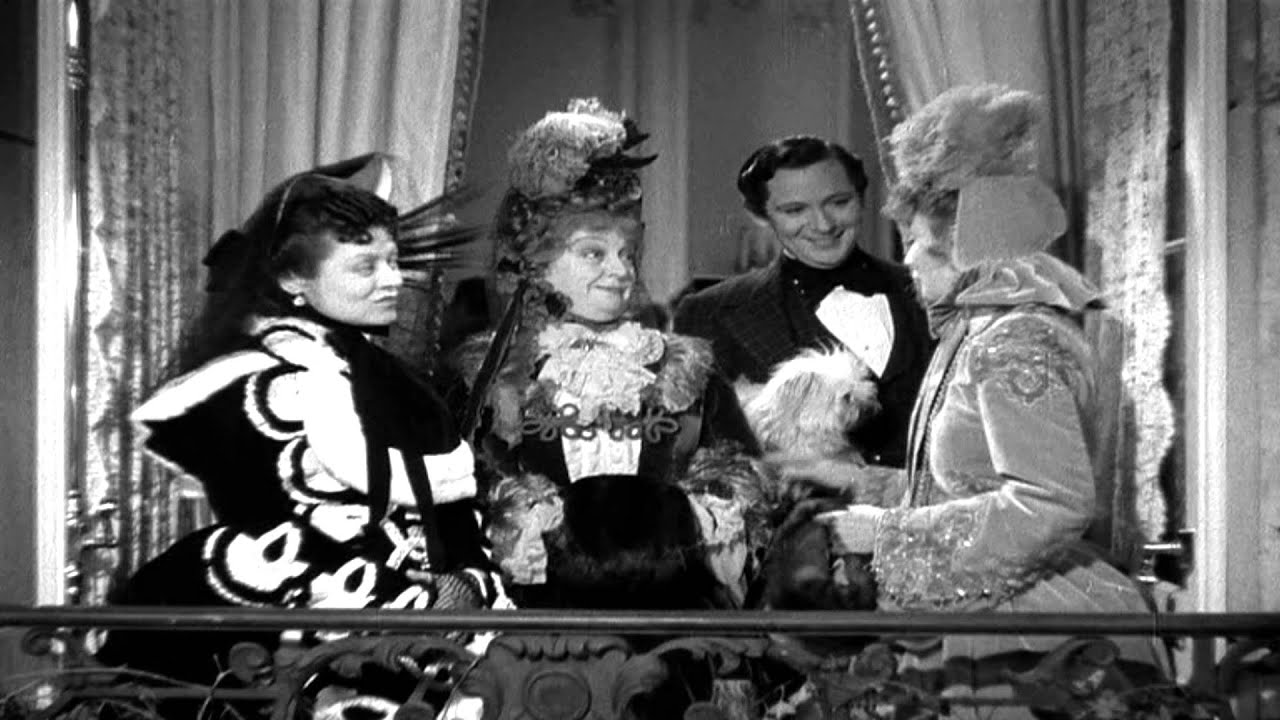 And speaking of that money – much is made in the film of Marguerite caring more about money and fancy things than about “love”.  She and her friends all have showy, gaudy dresses and jewels, live in lavish apartments and throw elaborate dinner parties with buckets of champagne.  It’s strongly implied that Marguerite is trying to escape a small-town-girl past and has become a gold digger.  But I have to wonder – throughout the entire film, she is suffering from an increasingly-severe case of tuberculosis, and doctors’ bills were no doubt as high then as they are today.  People with medical debt are desperate to alleviate it in any way; these days we see people starting GoFundMe campaigns to pay off medical debt, something which is a 21st-Century form of begging when you get down to it.  I see little difference between that and Marguerite agreeing to accompany a baron to the theater every Tuesday in exchange for enough money to pay her doctors. 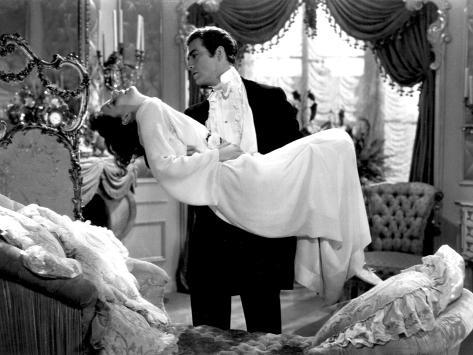 Even if you took the medical debt off the table – fancy dresses cost money, true, but so do houses and food.  Even if you cut back on food and move into a smaller house, you still have to pay out some money.  In fact, for much of the time that Marguerite is with Armand, she is forced to supplement her income by selling off her jewels and dresses and apartment in Paris – even though the two of them are living in a two-room cottage in the country and growing much of their own food.  If you are a single woman, and you are living in a society where single women don’t get jobs….what else are you supposed to do?

And even if you’re a virtuous woman, movies like this ignore the economic reality of choosing a husband.  The trope of being able to have either riches and finery, but no love, or having love but living in poverty, is an all-too-common trope; and in these stories, the woman who decides to be practical is punished with a loveless marriage, and is depicted as caring more about luxury than love.  The faithful woman who hangs in there with her struggling starving artist husband, starving along with him, is the ideal; the woman who realizes he’s a loser and dumps him to find someone more economically stable is the gold-digger who cares more about jewels and finery.

I have some unfortunate personal experience with this very situation – and speaking from that experience, the reason I broke up with the starving artist in my own past wasn’t because I wanted more money for fancy dresses, it was because trying to pay off student loans and rent for two people on only one income was sending me into bankrupty.  There are times when love is not enough, I’ve learned – and the fact that this movie, like so many others, still sells that message is unbelievably cruel.

So – Hollywood is trying to tell me that Marguerite was a frivolous woman too attached to money and not attached enough to emotions and the heart, who realized too late that she had given up True Happiness for the sake of money.  But what I saw was a woman who got dealt a really raw deal because she was single and strong-minded in a society where she wasn’t allowed to get an actual job, and then got saddled with medical debt that forced her to make some tough but necessary choices.  It’s a tragedy, sure – but not a personal one for Marguerite, despite the whole movie bending over backwards to make me think that.  So I’m not sure that it’s been cynicism that has made me dislike plots like these all this time – it may be class consciousness.

A pox on it, whatever it is.