A Day In The Country had an interesting childhood; and I mean that in a a couple senses of the word.

The film was written and directed by Jean Renoir; adapted from a short story by famed French writer Guy de Maupassant. And the film is short, much like its source material; a bourgeoisie and slightly silly family from Paris makes a day trip out to the country, stopping at a small village along the Seine, and a couple of the local bachelors lure the mother and daughter in the party away for a couple of hours of fooling around –which has an unexpected and lingering effect on the younger woman.

With adaptations, I like to compare the original written version to the film adaptation when I can; it can be fascinating to see what the filmmaker changed or omitted.  With A Day In The Country, the original story had some very brief framing scenes set in Paris, one right before the party sets out and one a few months after the trip, when one of the guys from the country spontaneously visits Paris himself.  Both these scenes are absent from the film, and I honestly didn’t miss them.

But keeping things in the country seems to have been a happy accident – Renoir was originally going to include them but ran into so much bad weather during filming that it completely banjaxed the schedule, and he had to stop before finishing and move on to another film he’d already been hired for.  He always intended to finish shooting, but kept getting caught up in other projects, and after several years he finally had his assistants edit what he had into something, just to get it released.  A pair of intertitles in the film – one as a prologue, one as a transition – stand in for the scenes that would have been in Paris, and we are left with the scenes shot in the country. 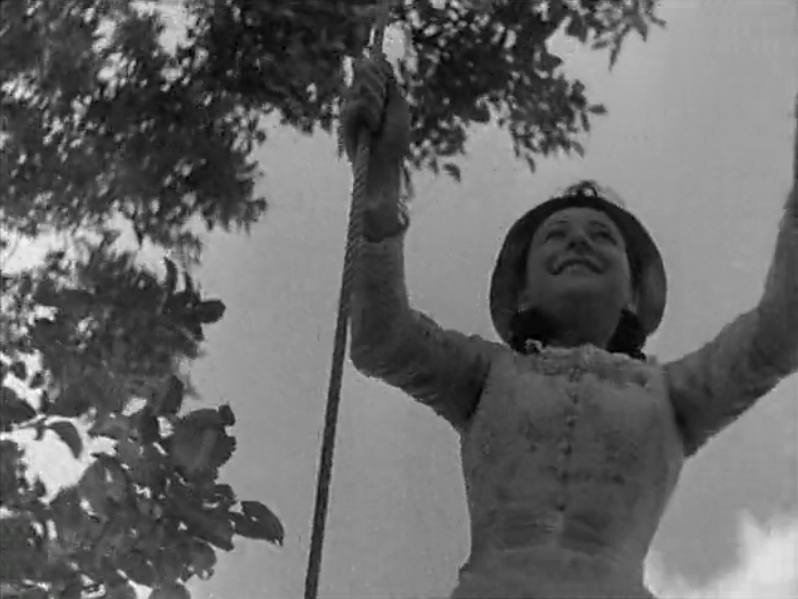 As you may have suspected from the name, Renoir may have had a bit of an advantage – his father was Auguste Renoir, one of the titans of the Impressionist school of painting. Father and son had a good relationship, happily, and even though Jean went into a different art form, he was definitely influenced by his father’s eye.  Several shots almost look like they were inspired, by, if not copied from, Auguste Renoir’s paintings. 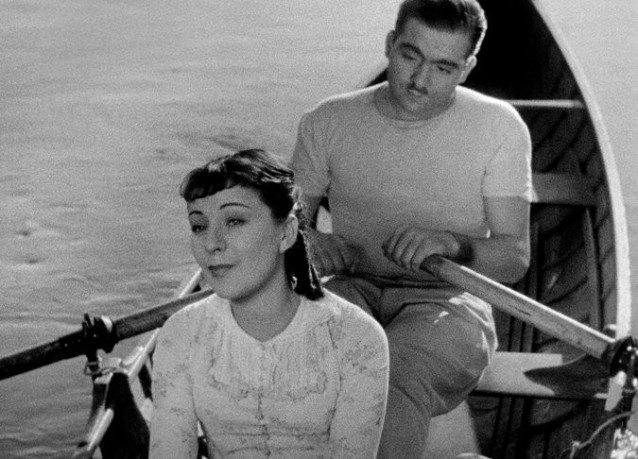 Plenty of other shots are loving studies of the country’s natural beauty – waving trees, wind whispering through grass, rain speckling the face of a river.

Focusing on the country also keeps the daughter’s story at the forefront.  From the very start she seems to be cut from a different cloth from the rest of the party – a sensitive soul, poetically enraptured by the natural world.  While her mother fusses about not wanting ants to crawl up her dress, she instead muses about the ants’ lives, wondering if they have the same kind of emotions as people.  The country fellow who ends up wooing her is similarly sensitive, and is similarly unprepared for the connection they end up making – and similarly unprepared for the consequences.

At the time he shot A Day In The Country, Renoir was active with the French Communist Party, and much of his work from this time was devoted to sociopolitical dramas.  A Day In the Country was a break from this work – a look back at a quieter and more genteel time, with a reminder that “the old days” nevertheless still had their sorrows.