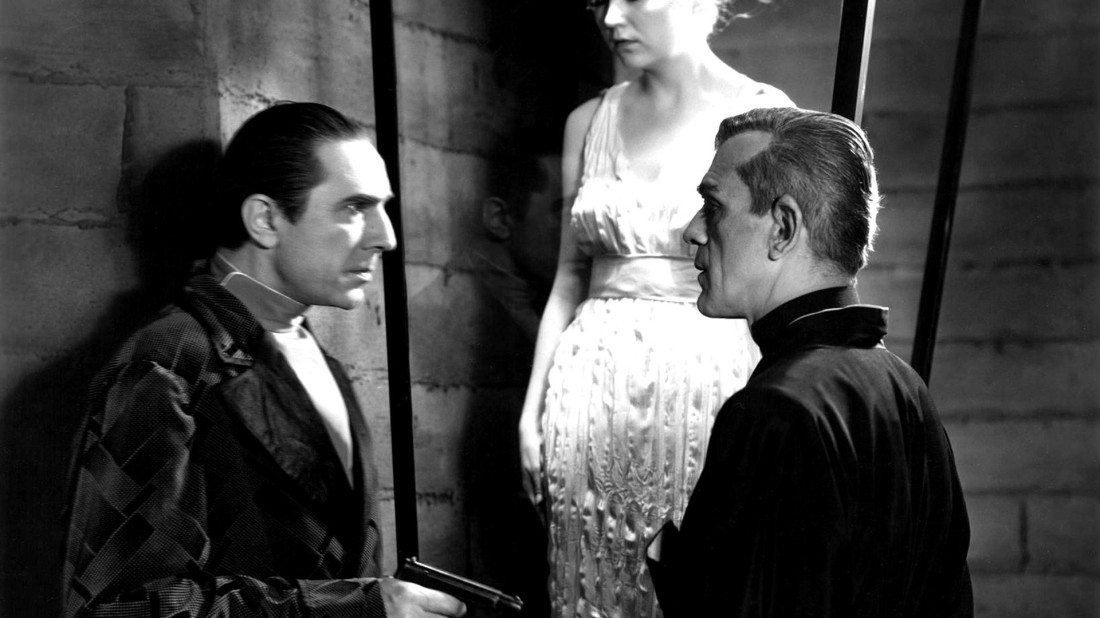 1934 was a big heyday of classic horror films, with two big “names” representing the genre; Bela Lugosi, who’d earned his big break as Dracula, and Boris Karloff, who’d played both the Monster in Frankenstein and the title role in The Mummy.  Studios were discovering that there was a wealth of horror writers to draw inspiration from, as well – Mary Shelley, Bram Stoker, H.G. Wells…Universal Studios therefore thought that putting both Karloff and Lugosi together would be a sure thing.  And as for the script? Say, no one’s done a big-budget adaptation of anything by Poe, have they?  Perfect.  They selected one of Poe’s short stories, The Black Cat, secured Karloff and Lugosi’s commitment, and turned everything over to fledgling director Edgar Ulmer.

…Things…didn’t exactly go as the studio planned.  Ulmer quickly vetoed most of the scripts, and the Poe story – it wouldn’t be filmable, he argued, as it was more of a psychological tale.  He had a point – Poe’s Black Cat is very similar to The Tell-Tale Heart, with an unreliable narrator who commits a crime and then is driven by his own guilt to confess. Instead, Ulmer went with a script that included more eye-catching elements – things like, oh, necrophilia, torture by flaying, ailurophobia, and Satanic ritual sacrifice. 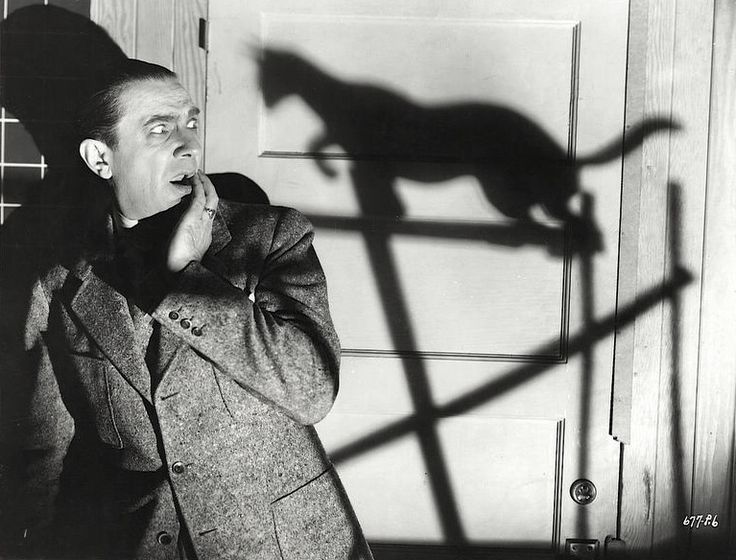 There’s a more serious story buried in there, however; one of revenge, betrayal, and lingering fallout from the First World War. Lugosi is Dr. Vitus Werdegast, a Hungarian psychologist who’s been at a P.O.W. camp in Siberia for the past 15 years and is finally free.  He’s traveling back home to confront his former Commanding Officer, Hjalmar Poelzig (Karloff); during the war, their unit was stationed at a fort in the Hungarian countryside, but Poelzig double-crossed his unit and betrayed the fort to the enemy, leading to an enormous massacre and Werdegast’s capture.  While Werdegast was in Siberia, Poelzig became a renowned architect, married Werdegast’s newly-abandoned wife, and built himself a lavish Art Deco mansion on the ruins of the fort.  So Werdegast has a bit of a bone to pick.

But fate throws a pair of wild cards into his plan – Peter and Joan Allison, a honeymooning American couple he meets on the train. Their onboard chat is amicable enough (even though Werdegast is a bit creepy), so the Allisons offer Werdegast a lift in the shuttle bus that’s taking them from the train station to their hotel.  Poelzig’s mansion is on the way, they can easily drop him off!…However, as they approach the mansion, the bus driver starts to play tour guide, relating the story of the doomed fort; he gets so caught up in the tale that he crashes the bus, right down the road from Poelzig’s mansion. Werdegast has no choice but to drag the Allisons with him when he arrives for his confrontation with Poelzig.

The presence of the Allisons does some interesting things to the story. Poelzig immediately knows what Wergegast wants when he shows up – but since the Allisons are there, both he and Wergegast have to play it cool.  And they always seem to be underfoot – Joan has suffered some injuries in the crash, and Werdegast keeps having to tend to her, and every time the old rivals are about to finally confront each other, Peter wanders into the room all, “What’s up, guys?”  Our leads are thus prevented from making any big histrionic speeches, and end up communicating solely in Meaningful Looks for most of the film.  This works to the film’s advantage – Lugosi’s accent can be difficult to parse when he gets excited, and Karloff can loom really intimidatingly. 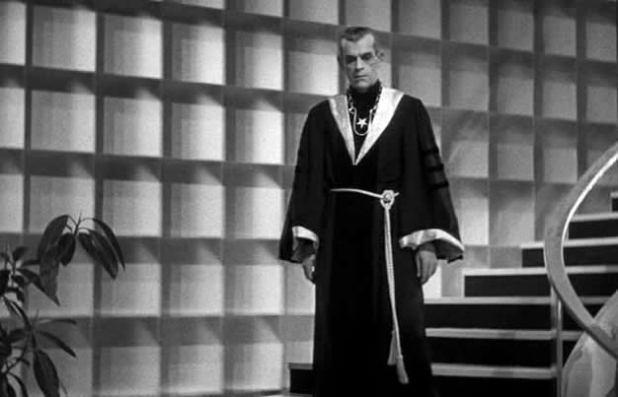 Joan’s presence also gives Poelzig some ideas.  For we discover he’s not just a traitor – he’s got a couple of other eensy bitty issues, like a fetish for possessing beautiful women.  Literally – at one point Poelzig heads down to the basement where he has a collection of what look like mannequins in glass cases.  Except they maybe aren’t mannequins….and at another point, we see him thoughtfully reading a passage from a book about “Luciferian Worship”, lingering on the page concerning “sacrificing a maiden woman.”  Hmmm.

The Black Cat comes across like an intriguing mix of B-movie cheese and psychodrama; the creepy mansion and evil Satanic sacrifice stuff is overwrought and lurid, but is played subtly for most of the film, as much a part of the subtext as is the World War backstory.  The Allison’s involvement could even be a comment on the trope of busybody Americans blundering around Europe as naïve tourists.  It’s a lot to take in – and can feel at first like it can’t make up its mind what kind of film it wants to be.  The Black Cat didn’t do all that well at the box office as a result; but the subtext can lead to some intriguing after-the-fact insights.

Happily, Lugosi and Karloff got on well together, and collaborated on another six films, including two Frankenstein sequels.