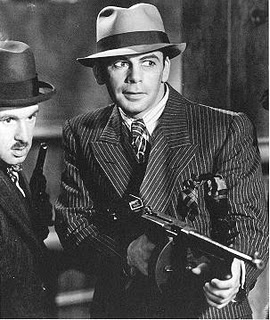 Interestingly, at about the time I watched the 1932 Scarface, there was apparently a panel at the Tribeca Film Festival to commemorate the 35th anniversary of the 1983 remake (which I haven’t actually seen, except for hearing “Say hello to my little friend!” quoted a gabillion times).  And one of the factoids being bandied about is that both Al Pacino and his manager claim credit for being the one to see a screening of this original one afternoon in the 1980s and start thinking “hey, I bet this would be cool to remake.”

It certainly is a meaty role for an actor: first-generation American turns gangster, spurred by his own ambition for wealth and power.  He is headstrong and overeager, which leads to a quick and bloody rise in the underworld; but his aggression and quick temper have consequences. He carries a torch for his boss’s girlfriend, determined to win her over; he is overprotective of his little sister, driving her to cover up her own romance with one of her brother’s companions.  This is a lot for an actor to play with, and it’s no wonder that Pacino (or his manager, whoever) jumped at the chance for a remake.  It certainly gave star Paul Muni a lot of chances to show off his own talents as Tony (whose last name here is “Camonte” instead of “Montana”).

What I liked about the 1932 film, though, was that it also added some moments of humor, both broad and subtle; actor Vince Barnett has a cameo as a guy named “Angelo”, whom Tony has taken on as a secretary despite his being thoroughly inept.  But dedicated – there’s a scene set during a shootout when Angelo attempts to answer the phone and take a message according to Tony’s specifications.  I also immediately liked Karen Morley as “Poppy”, the girlfriend to Tony’s boss; she is thoroughly unimpressed by Tony during their first meeting and has no qualms about him knowing it. 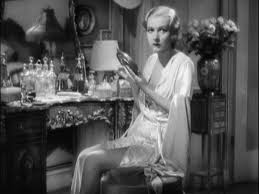 The 1983 remake has something of a reputation for its violence and language; it was originally rated “X”, primarily because of a lot of f-bombs, before some judicial editing and a lot of arguing brought that rating down to an “R”. As it turns out, the 1932 version had its own ratings-and-editing woes – prompted by the violence more so than the language. Interestingly, the originally-scripted ending is not unlike the 1983 remake, with Tony holed up in a shootout, taking on all comers and going down guns blazing.  Other scenes showed Tony’s mother happily accepting his ill-gotten money for the family, and politicians hobnobbing with Tony’s gang.

But officials at the Hays Office vetoed this version of the script, and the screenwriters began tweaking things; changing Mama’s opinion of the money and giving Tony a bit more of a pathetic death scene.  They shot that version at producer Howard Hughes’ insistence (“screw the Hays Office,” he supposedly ordered, “and make it grisly as possible”), but the Hays Office didn’t like that either, and director Howard Hawks shot some extra footage and tried an alternate ending, in which Tony is captured alive by police, tried, convicted, and hanged.  The Hays Office in New York State still objected.  Hughes was by now thoroughly fed up, and ordered Hawks to put back the originally-filmed ending, slap on a text introduction, and release the film in states where the censors weren’t as strict. The critical and box office success in the participating states made up for the states that went without.