We’ve had the ur-war film, the ur-gangster film….arguably, King Kong is the ur-special-effects-monster-blockbuster, the first link in a chain that leads all the way up to Jurassic World.  It’s got an easy plot to understand, and a crapton of visual pyrotechnics; that description fits plenty of other movies over the years.

That sounds like a sneering dismissal.  But it’s not. Because in this case – the super-special-effects monster stuff is pure, dippy fun. 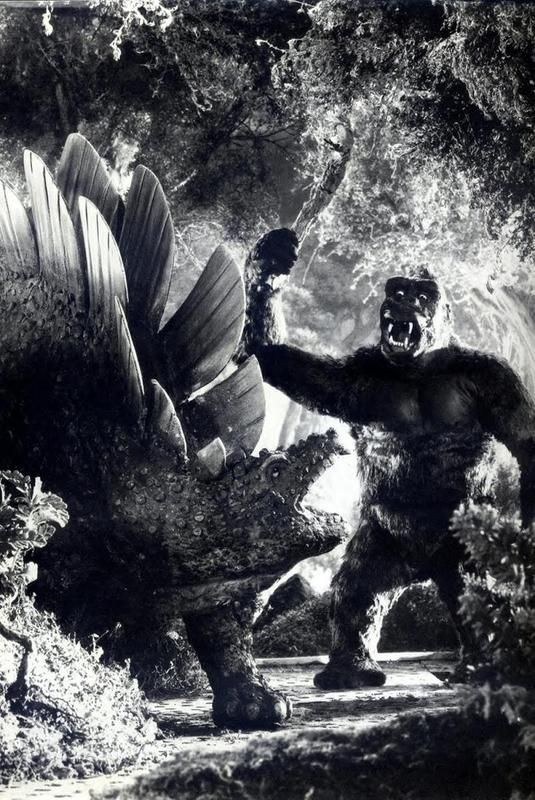 I’m not going to delve into the plot because a) it’s simple, and b) it’s bloody King Kong, but in brief – movie director Carl Denham (Robert Armstrong) rounds up a team to go to a remote Pacific island and film a movie; at the last minute he discovers Ann Darrow (Fay Wray), a down-on-her-luck actress, and brings her along.  Denham’s heard a rumor there’s a giant ape on the island; he plans to simply hurl Darrow at it and film what happens. But the ship’s first mate falls for Darrow, heroically rescuing her when the ape captures her.  When Kong comes out into the open in an attempt to get her back, Denham gets the idea that film of a giant ape may be awesome – but a live Kong would be even better.  He captures the beast and puts him on display on Broadway – and things go a bit wrong…yeah, you know the story.

So, let’s get the discussion of the special effects out of the way first. I hadn’t seen this original before, but I have seen the 2005 Peter Jackson remake, with greenscreens and CGI and Andy Serkis in a motion capture suit, and…this film had stop-motion animation and miniatures and forced perspective camera tricks.  The close-ups on “Kong’s face” are simply footage of a guy in an ape mask.  It’s nowhere near the caliber of what WETA studios came up with.

And….you know what?  I didn’t care.  The stop-motion is actually a considerable leap forward in special effects, but more importantly – the filmmakers (Merian C. Cooper and Ernest B. Schoedsack) put a lot of detail into what the stop-motion characters do. There’s an intention and purpose to their actions; Kong gets into a battle with a dinosaur in one scene, and defeats him not by simply hitting him, but by ripping his jaw open.

It’s a moment that Peter Jackson recreated in his own film.

And there are smaller moments meant just to make the stop-motion critters seem alive; Alex watched this with me, and the sight of Kong pausing to scratch himself in the middle of a scene made him laugh in utter delight.

It’s too easy to lean on special effects as a panacea; instead of using them as a means to an end, it’s tempting to see them as an end in and of itself.  I’ve seen the original Star Wars trilogy, both with and without George Lucas’ after-the-fact editing, and it’s clear that some of the thrown-in special effects were just thrown in “because I can”.  King Kong is very heavy on special effects, but at no time did I feel like there was an effect “just because”; Cooper and Schoedsack have clearly put thought into “what do we want to see Kong actually do” and “what will make Kong actually seem alive”.  And because this is special effects with care and attention…it held my attention, even though the technology is dated. 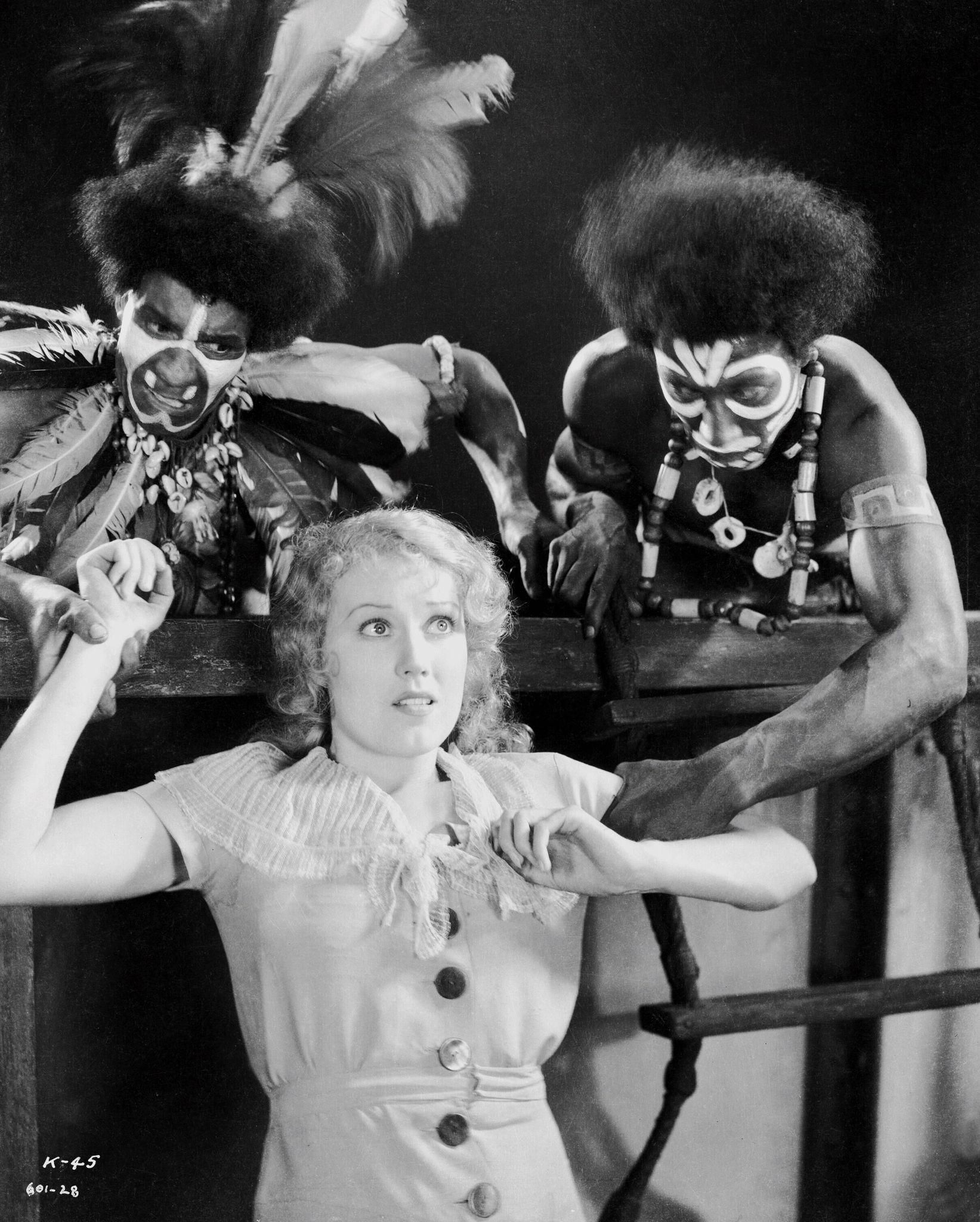 Speaking of dated – there is some gender and racial stereotyping that has aged much less well.  When Denham and company turn up on Skull Island, they come upon the “native islanders” engaged in a “magic ritual” that’s completely ridiculous; hell, the islanders themselves are ridiculous.  (The women actually wear coconut bras.)  And Fay Wray’s role is little more than just the damsel in distress who screams a lot; there’s even a slightly icky scene where Kong peels parts of Darrow’s dress off and then sniffs his fingers.  That’s a scene that censors cut from several screenings, and which Peter Jackson thankfully updated a little.