I think the best way to open this review is to present a conversation I had with my roommate Alex, who came home about five minutes into my screening.  He has worked in film and has been very interested in my project.

ME: Footlight Parade. It stars Jimmy Cagney and a bunch of the same people from 42nd Street.

ALEX: What’s it about?

ME: …Uh…for the first two minutes, Jimmy Cagney was a Broadway producer who got the idea to put production numbers with showgirls in movie theaters, and then it’s all been him doing that.

ALEX: Oh, so it’s like a Busby Berkley thing.

ALEX: (long pause)  ….Okay: respect to Jimmy Cagney and the film, but I’m going to say, “good luck and go with God.”

To be fair, there is a bit more to the plot than that.  Cagney – who reportedly campaigned for the role – is Chester Kent, founder of a studio churning out what he calls “prologues,” live production numbers with gangs of showgirls that serve as the opening act in big movie houses before they screen the film.  Kent’s genius idea, which he has right at the start of the film, is to franchise out the practice – rehearsing his teams of chorines in New York and then bussing them out to tour various theaters throughout the country, as the studio and distributors demand.  Within a blink, we seem him as the head of a thriving studio. 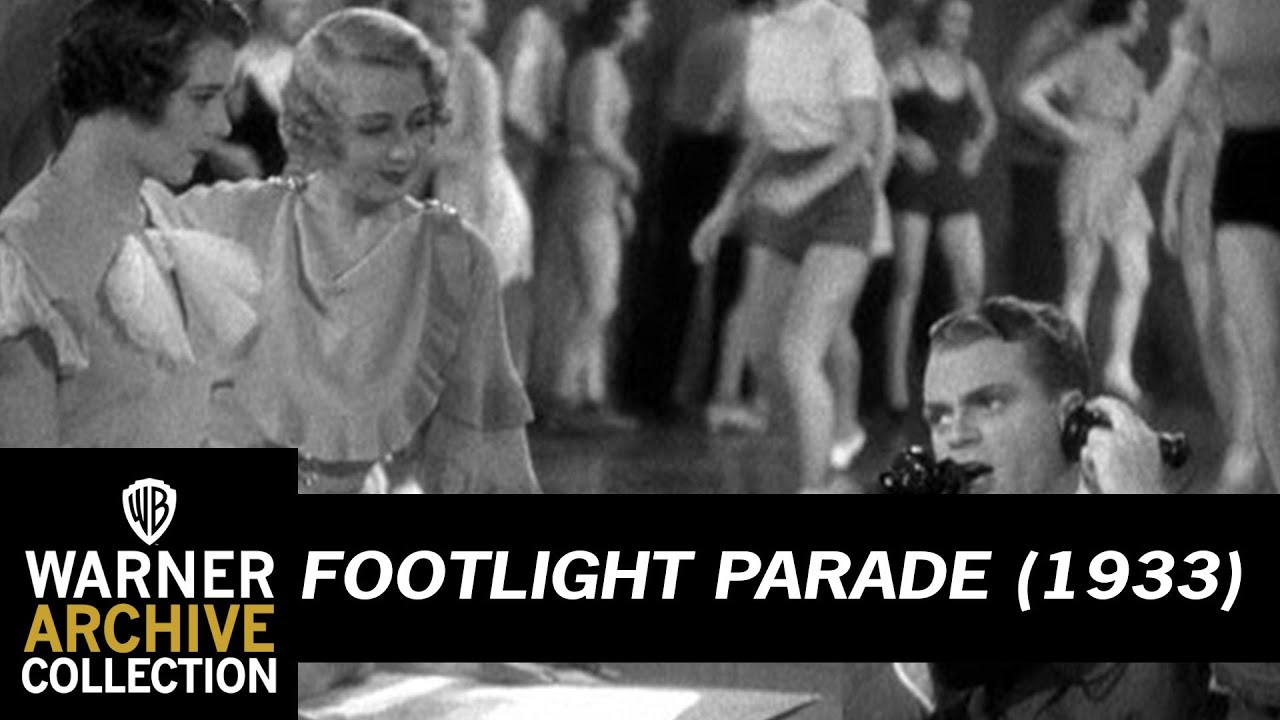 As lighting-quick as his success, it has also brought a host of problems: 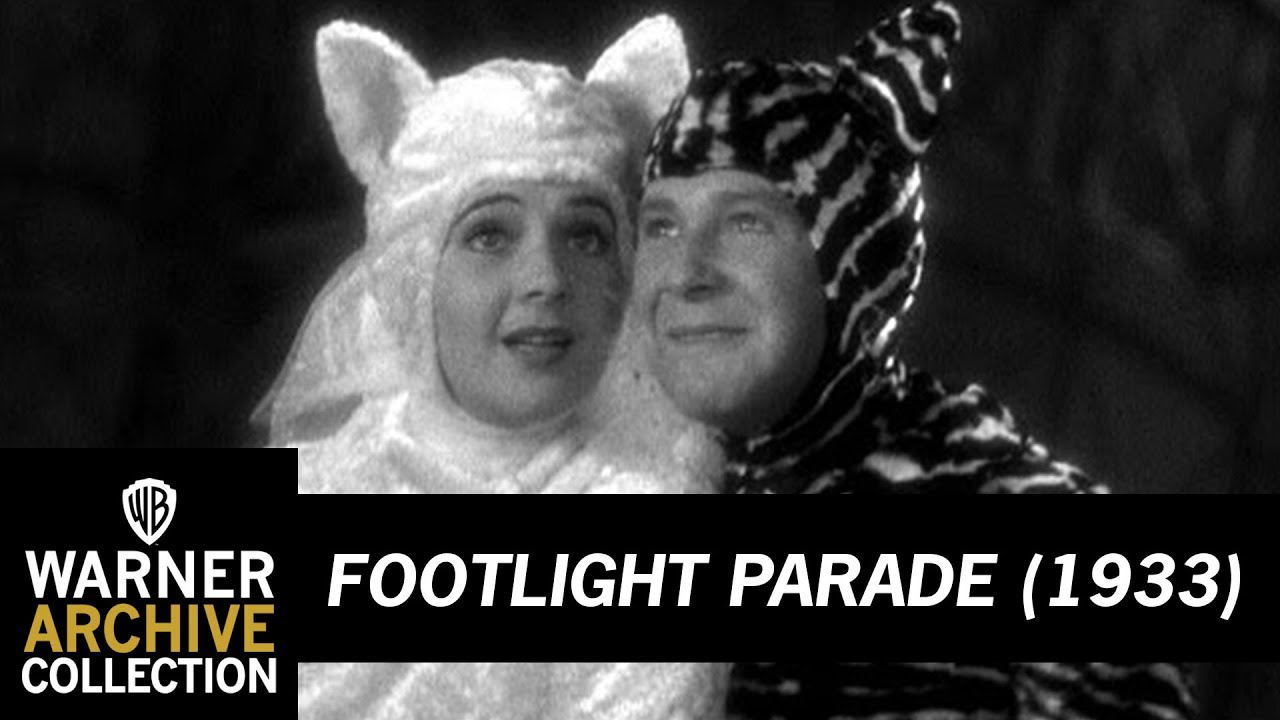 But frankly, none of these are plot threads so much as they are “excuses for production numbers”.  One of the amateur actors, played by Dick Powell, wows Cagney at his “audition” – a full rendition of the song “Ah, The Moon Is Here”.  A “review of our latest number for the censor” is an excuse for a whole troupe of dancers in cat costumes to tap-dance through a number called “Sittin’ On The Backyard Fence”.  A potential client crops up near the film’s end, so Kent takes him on a whirlwind tour through three theaters to see his latest creations.

Those final three numbers are where the film really pulls out the stops. Cagney was fresh off working on the film Public Enemy, but was terrified of being typecast as a heavy and lobbied hard for a part that would let him show off his singing and dancing talents.  In the film’s final number, “Shanghai Lil”, he dances – and dang can he dance.  He has a few turns early on in the film where he “sits in” on “rehearsals” and helps the girls “learn their choreography”, and I was impressed at his grace (so was Alex, who snuck back in to watch after all).  “Shanghai Lil” sees him teaming up with Ruby Keeler for a tap sequence in a number that starts out as a strange sort of salute to Shanghai Express….and ends with a salute to FDR’s National Recovery Administration, for some reason. 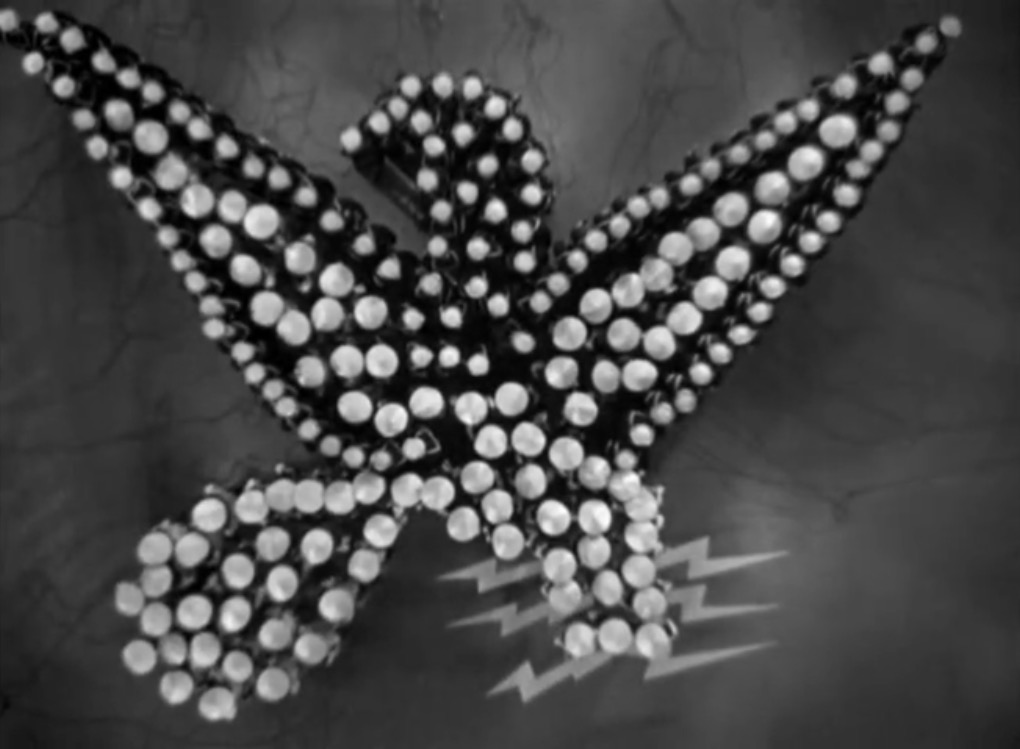 Cagney leaves Ruby Keeler and Dick Powell to carry the number “Honeymoon Hotel”, a flirty little ode to the moment in a couple’s relationship when they finally get to have sex.  And the choreography and lyrics of the song make it very, very clear that this is what it’s about (or as least as clear as filmmakers of the 1930s got).

And then there is “By A Waterfall.”  This became the Platonian Ideal of “Busby Berkley Production Numbers” – starting with Keeler and Powell on a stage set depicting a forest glade, and then giving way to a full-on water ballet orgy with 100 chorus girls in an 80-foot swimming pool complete with fake water slides and fountains and culminating in a six-layer human pyramid.  Berkley carefully designed the costumes so that the dancers looked sorta-kinda naked, designed the pool to have glass walls and a glass bottom so cameras could catch the action underwater and also from below, and then rehearsed the dancers for two weeks before filming.

Berkeley had actually wanted to pull this off in an earlier film, but the producer vetoed the idea, shouting that “it would take the whole Bank of America” to pull off the stunt.  But the same producer was responsible for Footlight Parade and relented, no doubt to really pull out the stops. Audiences at Footlight Parade’s premiere gave the number a standing ovation, even though the film wasn’t over yet.  While I do usually like a bit more subtlety in my musicals, I have to admit that for what it is, it is impressive.