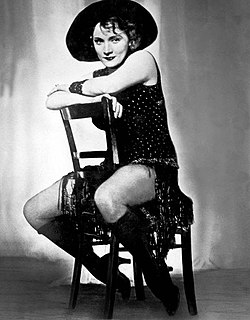 Oh, yeah, Marlene Dietrich would have been totally wrong for Pandora’s Box.

The Blue Angel is a story of romantic obsession leading to the ruin of a respectable professor in Weimar Germany. Our hero, Immanuel Rath, teaches English and literature at a boys’ high school in an unnamed city; he’s strict and meticulous, and thus he doesn’t like it one bit when he learns some of his students have been slipping off to a seedy night club in the evenings called “The Blue Angel”.  He’s even less impressed that they’ve been bringing back postcards depicting the show’s scantily-clad star, Lola Lola. Rath heads to the club one night to either catch the boys in the act or persuade Lola Lola to talk sense into them. 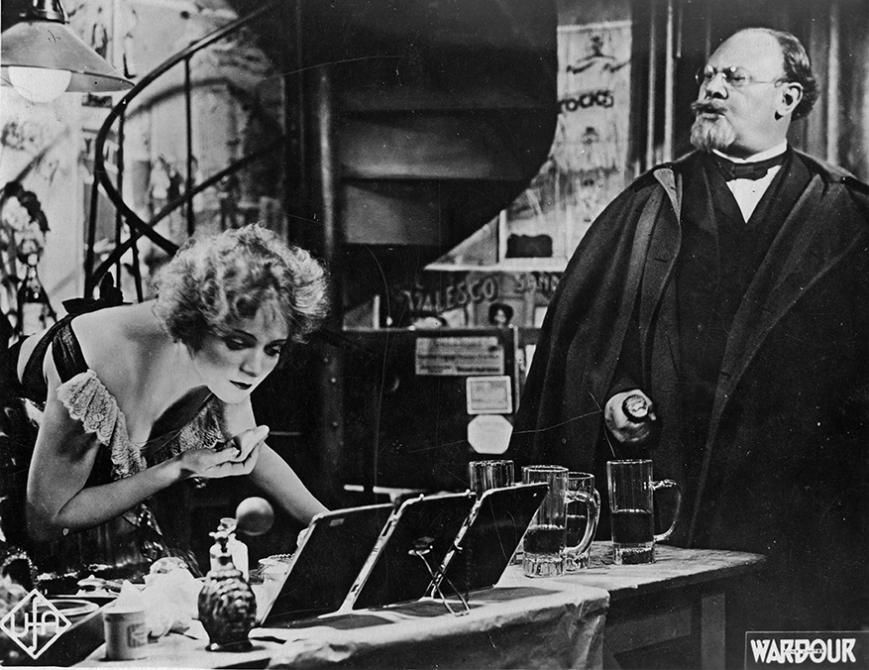 Well – he tries, anyway. Despite his appeal to decency, Lola doesn’t seem to think that the boys’ good moral character is any business of hers, and blithely goes on preparing for her next act – including changing her costume in front of Rath, which completely flusters him to the point that he flees without his hat.  Rath uses the missing hat as an excuse to call again the next day, and again tries to appeal to Lola’s sense of decency.  But she’s got him figured out, and insists she watch her next number – which she dedicates to him as she sings.

Rath is smitten.  Rath is hooked.  And, when the principal of the school finds out, Rath is out of a job.  But he’s so addled by love he just sees this as a chance to run off with Lola when her troupe is leaving town – and despite laughing uproariously when he proposes, Lola takes him up on it.

At first bumming around with Lola and the other performers is a grand adventure for Rath. But when he crabs about Lola still selling the postcards with her picture – but then realizing it’s how the troupe makes most of its money – he relents, uneasily realizing that she’s the moneymaker of this particular relationship.  He can’t teach any more, he sucks as a salesman; the only thing he can do is make a go of performing himself. 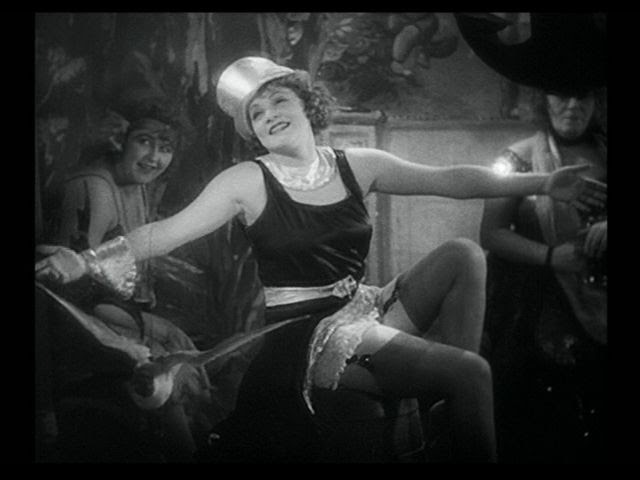 Some years later, Rath is still a lackluster clown; Lola is still the star of the show.  They’re still married, but not quite so happily. And lo – the troupe makes a return to Rath’s old town, and to his horror, they play up his name on their show posters, and so of course – even worse – the house is packed with old neighbors and former students who want to gawk. And worst of all – just as Rath is about to go onstage, he sees Lola slipping into her dressing room with another man…

I didn’t realize that I’d seen Emil Jennings – who stars as Immanuel Rath – before.  But he was the doorman in The Last Laugh. This film was towards the end of his career; after his work in silent films, he tried to make a go of things in Hollywood, and even won the first Best Actor Oscar in 1929*.  But his thick German accent made him a poor fit for the talkies, and he soon ended up back in Germany; where soon the only work he could get was a series of pro-Nazi films; he disagreed with the politics, but held his nose to keep working.  Reportedly, when the Allies finally invaded Berlin in 1945, Jennings started carrying his Oscar statuette with him as a sort of talisman to prove that “I’m one of the good guys!” But his decade of collaboration was too damning to ignore, and he retired from films altogether.

Marlene Dietrich, however, had completely the opposite path.  This was one of Jennings’ last films; it was one of her first. Jennings was being pushed out of Hollywood; Dietrich was launched into major Hollywood success. Jennings was forced into collaborating with the Nazis to get work; Dietrich used her new fame to claim dual citizenship in the United States during World War II – her fame no doubt assuring she could get away with it – and used her fame and her status to launch a series of humanitarian and anti-Nazi campaigns.

And she is perfect as Lola, for all the reasons that would have made her totally wrong for Lulu in Pandora’s Box. Lola is manipulative where Lulu is simply naive; Lola is seductive, calculating, a little cruel. She has an air of knowing exactly what’s going on and exactly what you’re about to do, even before you do it – especially if that thing you were about to do was flirt with her.  And she can do it just with a look – a very, very sly look.

There’s a word in an indigenous language from Tierra Del Fuego – “mamihlapinatapai“, which essentially means, a look that two people share when they both want something to happen but neither one is brave enough to make the first move. At first I thought Marlene Dietrich’s mamihlapinatapai was all through the film, but now I’m not so sure – instead, I think that it’s more of a look that says “we both want this to happen, and I could make the first move, but I’m gonna wait for you to do it so you can’t blame me – and we both know damn well you’ll do it, too.”

* A footnote about Jennings’ Best Actor Oscar – he was actually the runner-up, and only received his statuette due to a technicality. The real winner of the popular vote that first year was Rin-Tin-Tin; the Academy quietly chose to disqualify any non-human contestants during that first year.