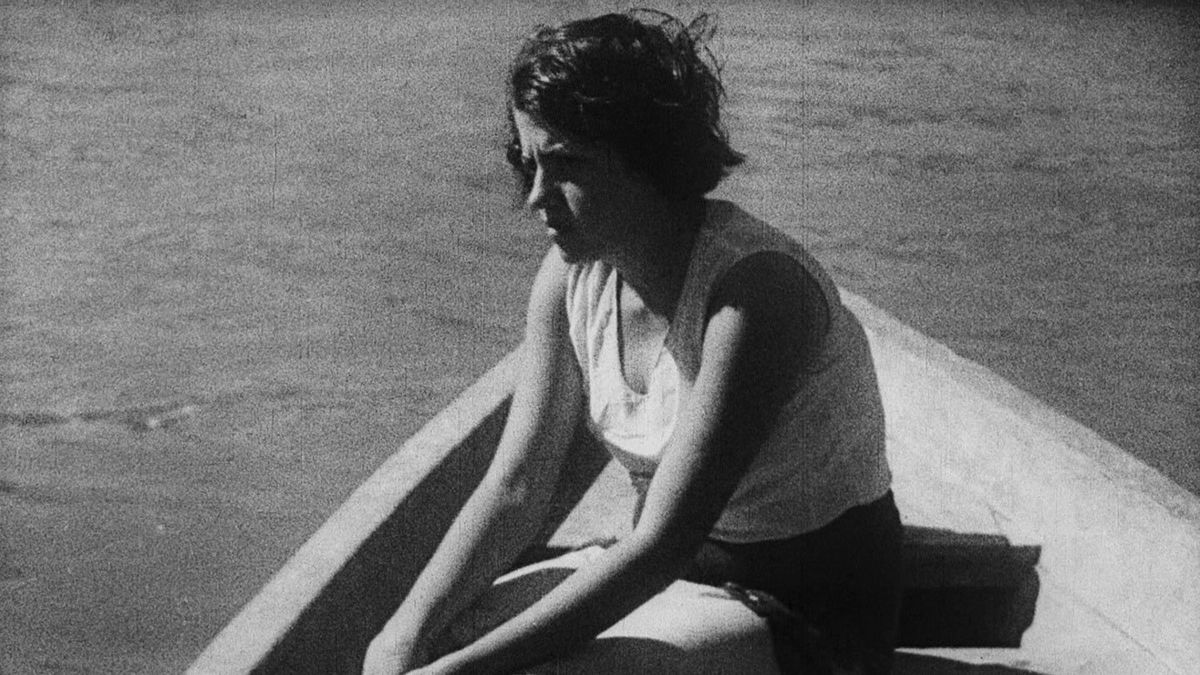 ….I think this is comeuppance for everything I’ve ever said about Soviet films being hard to understand.

Limite was the sole work by the Brazilian Mário Peixoto, a member of one of Brazil’s high society families.  Peixoto apparently was inspired to produce Limite as a very young man visiting Europe on a college summer break; he saw a perfume ad bearing a image of two handcuffed man’s hands, with a woman’s head poking up between the man’s arms and facing the camera. That image nagged at him to the point that he got a movie camera, enlisted friends and made a whole movie around it, and even recreated it as his first and last shot. 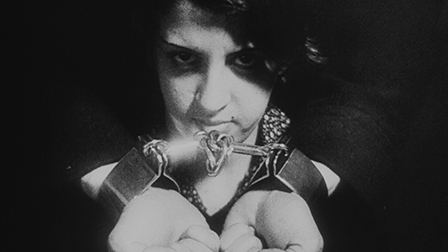 The film had an extremely limited release in Brazil, and didn’t do that well. Peixoto gave up filmmaking almost immediately after and became a poet instead.  But he kept talking about Limite, and copies of Limite kept circulating among collectors and filmmakers – Orson Welles apparently saw a copy in 1942 – and it developed an underground cult following. Its cult status got a further boost in the 1950s when historians discovered the original print had decayed in storage, to the point it was no longer screenable. That gave Limite a reputation as a “lost classic”, with its very scarcity spurring cineastes to seek out a copy and see it somehow. In time, film preservationists have been able to create a screenable copy, by painstakingly photographing the original print frame by frame and stringing it together. There was a screening of this new restoration of Limite at a theater 20 minutes’ walk from my apartment, about eight years ago.

But you all must be wondering by now: why am I talking so much about the production history and the film’s reception? What of my opinion of Limite?  What did I think of it?….

….I spent two hours feeling like a stupid doof because I had no idea what the hell was going on.

In my defense: Limite is very experimental. There is no real plot as such; the only characters are a pair of women and a man who are somehow all trapped on a lifeboat in the middle of the ocean, and over the course of the film a series of flashbacks show us bits of information about each of their lives, kind of like what they did with the castaways on the show Lost. But these flashbacks are more impressionistic than informative: we see things like one woman sewing in her house, with the camera showing us a series of still close-up shots of her scissors, her tape measure, the buttons in her button box. Or the man walking on a beach.  Or the other woman walking down a city street with a basket of groceries.   Or one of the women reading a newspaper.  Or an unknown man playing piano as the movie theater accompanist for a Charlie Chaplin film.  At no point does the film inform us how these people ended up on the same lifeboat, or what tragedy befell them to require it.

There’s very little action in the flashbacks, and practically none in the lifeboat; the characters seem to have mostly given up hope of rescue, and mostly just lean on the gunwales of the boat gazing at the horizon.  I got excited when one of the women stood up and started flailing one of the oars in the water, but the other two characters just stared at her dumbly, and they weren’t going anywhere, and she finally gave up and sat down.

Sometimes we don’t even see that much.  Much of the last five minutes is footage of churning waves and roaring surf.  Periodically throughout the flashbacks we also get lingering shots of surf or wheat fields or landscapes or slowly-shutting doors.  It wasn’t until my traditional post-screening Google surf that I finally learned what was supposed to be happening. 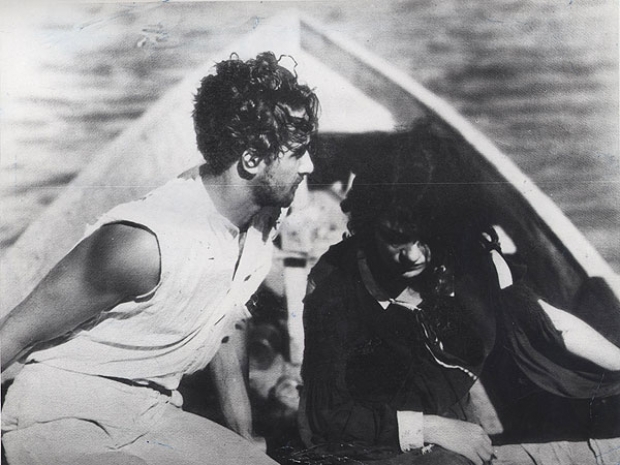 I will grant that some of the shots are beautifully set up and make pretty pictures. The sequence with the sewing woman was strangely fascinating in and of itself, and the segment with the pianist in a movie theater was pretty eye-catching; the camera kept cutting back and forth between the Chaplin film on the screen, the pianist’s hands, and the audiences’ laughing mouths, in a series of quick cuts.  But then a couple cuts later we were back in the life boat staring at the back of one of the women’s heads or something and I was lost again.

It is a personal quirk of mine, though, that I simply just need more of a plot to hang my hat on.  I can handle some opacity – I’ve actually enjoyed some of director Terrence Malick’s work for its meandering poetry – but there has got to be some kind of a plot to follow, or at least things have to happen. Here, the film swings between impressionistic snapshots of the castaways’ lives and shots of them sitting still in a boat, and ultimately I ended up feeling just as adrift.