I actually finished this a few days ago, but have been dragging my feet on the review.

I mean, it wasn’t awful. It was short, and a fairly unique tweak on a love-triangle plot, set in Spain among a travelling circus.  Lon Chaney stars as “Alonzo the Armless”, one of the two men in love with Nanon (Joan Crawford, in an early role), the pretty daughter of the ringmaster who is also the assistant for his knife-throwing (with his feet) act. 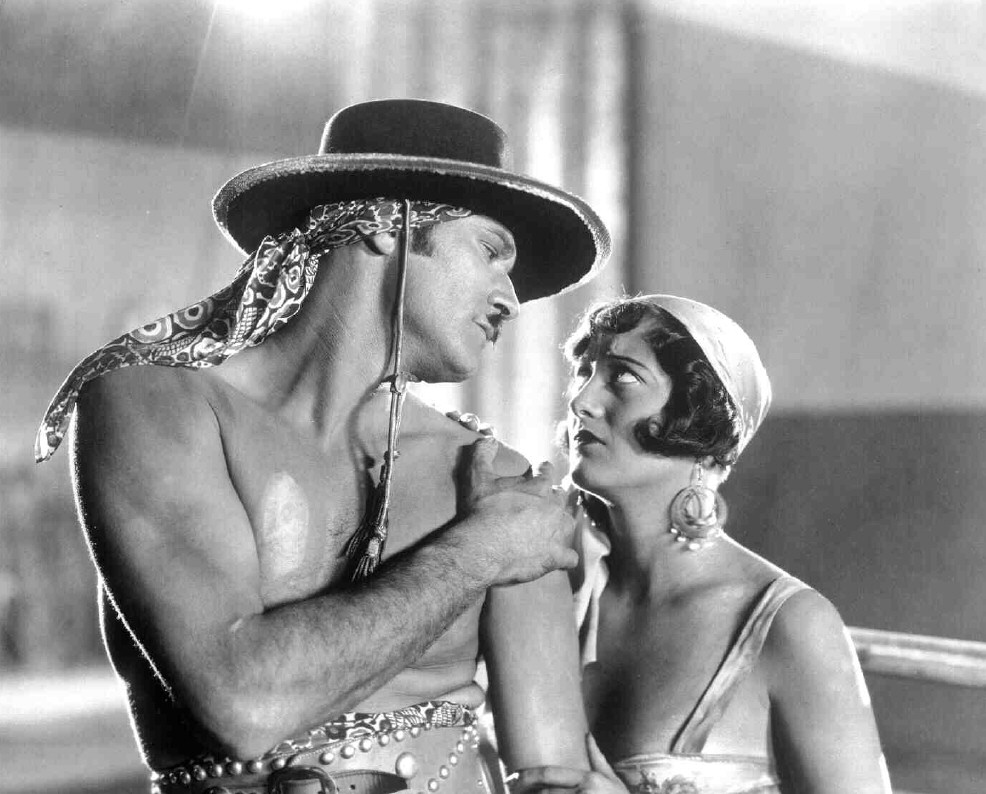 The strongman Malabar has the hots for Nanon as well, and she is also attracted to him, but there’s just one little problem – she has a phobia of men’s hands.  (The film alludes to her disliking men “pawing at her”, which suggests some kind of previous assault; the film doesn’t get into that, though.)  “Hands! Men’s hands!” she rages at one point.  “How I hate them! The beasts! God would show wisdom if he took the hands from all of them!”  Nanon doesn’t seem to be attracted to Alonzo, but she gravitates to him most often, since he doesn’t have arms, and therefore he doesn’t have hands.

….Except he kind of does.

In fact, Alonzo is a career criminal hiding from the police. Daily, with the assistance of his colleague Cojo – the only person who knows his secret – Alonzo has been binding his arms up and has practiced his “Armless Wonder” stunt act to put police off.  Especially since he’s got a bit more to one of his arms than the average person – Alonzo has a double-tipped thumb on his left hand.  One night when Alonzo is returning to his trailer, the ringmaster discovers his secret, and Alonzo attacks him – and Nanon sees the attack on her father.  She doesn’t see Alonzo’s face, but she does see the double thumb.  Alonzo – already besotted with Nanon as it is – now has all the more reason for his arms to cause him trouble. So he is driven to a difficult choice; but will it be enough to win the love of Nanon?….

Meh. I don’t know why this didn’t grab me, to be honest.  In fact, in retrospect I have to say that Lon Chaney kills it in this film.  There’s a moment when Nanon shares some happy news with him – at least, it’s happy for her.  For Alonzo it is a profound blow – and you can see it just by looking at him.

Joan Crawford later said that she learned a lot just by watching Lon Chaney in action; “It was then that I became aware for the first time of the difference between standing in front of a camera and acting.”  The cinematography is also gorgeous.  Some of the shots actually feel a little ahead-of-their-time in the way they’re set up.  But…ultimately it didn’t really hang together for me.

I dunno.  Just not my cup of tea, I suppose.