I finally got my hands on a couple of older films, so we’re jumping back a few years to watch The Eagle, my list’s only entry featuring screen idol Rudolph Valentino.

Here, Valentino is a young Russian soldier, Vladimir Dubrosky, who catches the eye of Czarina Catherine the Great. She invites him to the palace one evening, presumably to discuss his promotion – but then she comes on to him, and a flustered Vladimir flees.  The incensed Catherine declares him a fugitive and calls for his arrest for “desertion” – forcing Vlad to scurry back home.  Where he finds that his father has lost the family estate to their neighbor Kyrilla, and has just died. Tough day.

Vlad vows revenge, and he and his father’s men take up a sort of Robin-Hood existence in the woods – donning black masks and stalking Kyrilla’s family. Before long, Vlad has the perfect opportunity fall into his lap – Kyrilla’s pretty daughter Mascha is in the market for a French tutor, so Vlad dons a suit and presents himself as a candidate.  In his role as tutor, he spends his days with the pretty Mascha while planting anonymous notes to Kyrilla around the house meant to freak him out, keeping Kyrilla on edge until the day Vlad finally decides to strike.  But the longer he waits, the more he gets caught up with Mascha, to the point he starts wondering whether revenge is worth it… 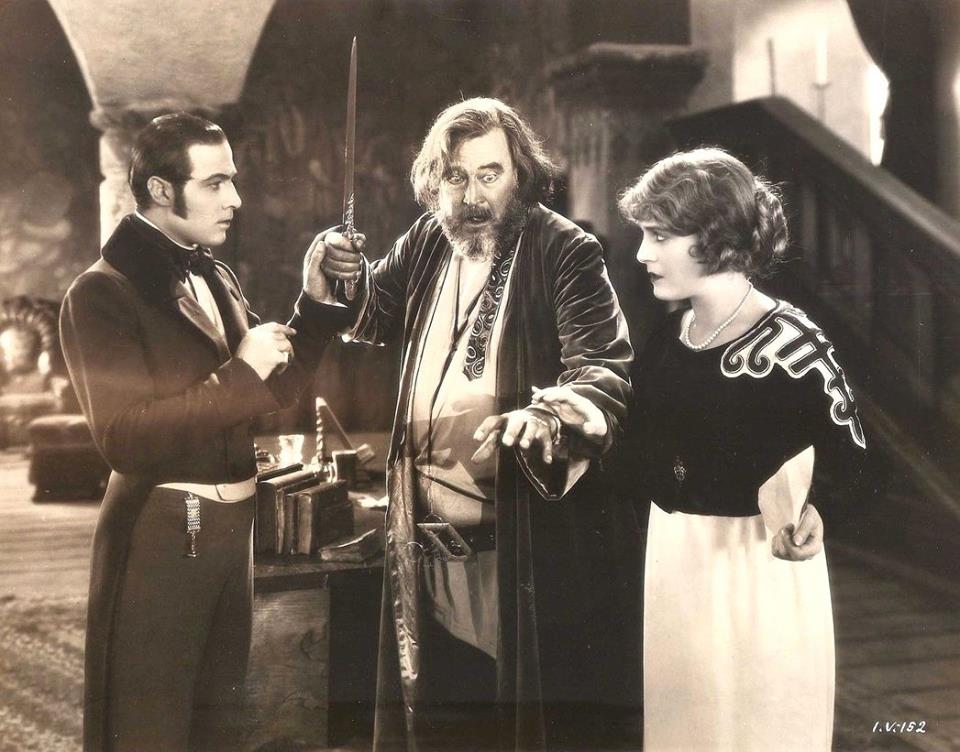 It’s a swashbuckling tale, with quests for vengeance, feats of derring-do and thrilling escapes, and it was pleasant enough to watch.  Actress Vilma Blanky has fine chemistry with Valentino, and Mascha’s character has a bit more agency than the usual silent film damsel – she figures out Vlad’s secret identity at one point, and sneaks into his room to leave him her own anonymous note of warning.

As for Valentino….Okay, can I admit something?  I really didn’t get the appeal. Valentino is indeed empirically screen-idol handsome, and he’s a fine enough actor in what was ultimately an okay plot. But I personally didn’t see anything that seemed worthy of the swooning admiration Valentino got from fans in the 1920s.  Then again, Valentino got more fangirling over his more exotic roles, like The Sheik (which I was actually surprised was absent from the list).  It’s possible the appeal was more about the exotic role itself.  He’s not the super-romantic fairy-tale sheikh here – he’s a more down-to-earth swashbuckling Cossack.  But to my mind this is the more interesting plot anyway.