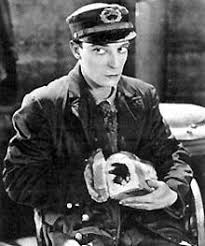 Now this is what I needed after Un Chien Andalou – Buster Keaton!

Keaton’s plots are almost cliché by now – guy is sweet on girl, obstacles are thrown in his way, he overcomes them and gets the girl, hooray. But you don’t watch Buster Keaton for the plot twists – you watch them for his expertise in physical comedy and comic timing.

This time Keaton is the long-absent son of a grizzled steamship captain on the Mississippi. “Steamboat Bill” pilots the run-down paddlewheel boat “Stonewall Jackson”, accompanied only by an equally-grizzled first mate. Bill’s wife resides elsewhere, and Bill hasn’t seen his son since he was a baby – Bill Jr. first went to boarding school and then to college in Boston. But now, to dad’s delight, Bill Jr. is joining him to work on the boat.  And just in time too – for Bill’s rival, the entrepreneur John James King, has just rolled into town with his own much bigger and souped-up steamship, and Bill could use the help.  However – instead of the big strapping lad dad was expecting, Bill Jr. turns out to be a slight-bodied artiste wearing a beret and brandishing a ukulele. 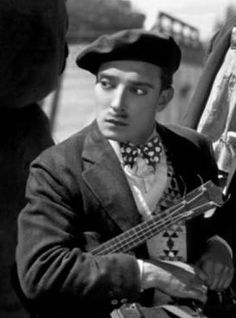 And to add insult to injury – King’s daughter Kitty was also in school in Boston, and has also come home to Mississippi – and Bill Jr. and Kitty were college sweethearts.

Both fathers are appalled at their kids’ romance, and strive to keep them apart – King by posting members of his crew as Kitty’s chaperones, and Bill by putting an inept Junior to work on the ship.  But some serious bumbling from Junior nearly leads to a boat crash with King, making the situation worse.  Then Bill discovers Junior attempting an out-the-window escape to meet Kitty, and it’s the last straw – he buys Junior a one-way ticket back to Boston.

Junior also faces similar rejection from Kitty, who doesn’t know why he didn’t show up the previous night.  Resigned, he sets out for the train station.

But King has reached a last straw of his own – and has complained to the local police, declaring the “Stonewall Jackson” a public danger. Bill storms over to King’s office for a confrontation, and is instead himself arrested for disturbing the peace.  Junior happens to see the whole thing, and realizes it’s now up to him to save the family business (and win back Kitty, maybe). 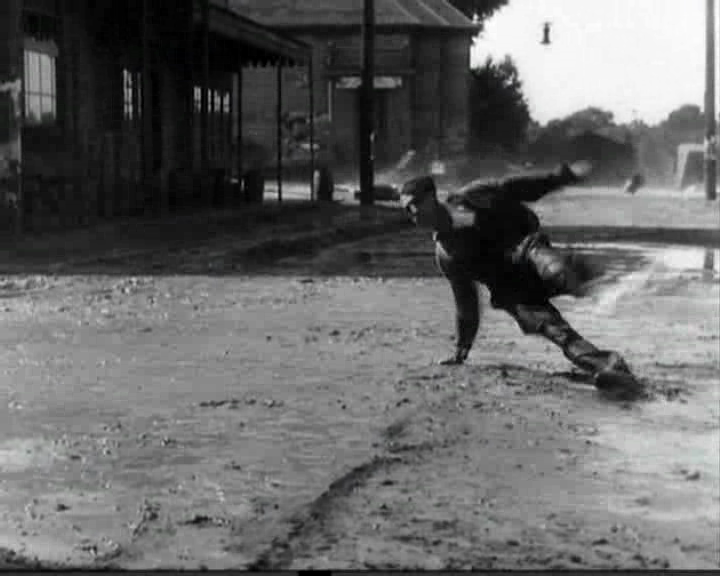 Most of the big-ticket stunts come in an extended sequence towards the end, where a hurricane wreaks havoc on the town. Junior is inexplicably one of the only people who hasn’t made it into a storm cellar in time, and there’s ample shots of him dodging tree branches, fighting wind, and trying to take shelter in collapsing buildings.  There’s a stunt from this sequence you’ve probably seen – where an oblivious Junior is standing in front of a building, and the entire façade falls forward toward him, but an open window positioned right where he stands spares him from being crushed.  I’d always thought the window was well-sized – but it is tiny, just barely big enough to fit around him. Reportedly Keaton’s mark was a single nail driven into the ground at exactly the right spot.  If he had been even the slightest bit off, he would have been killed. 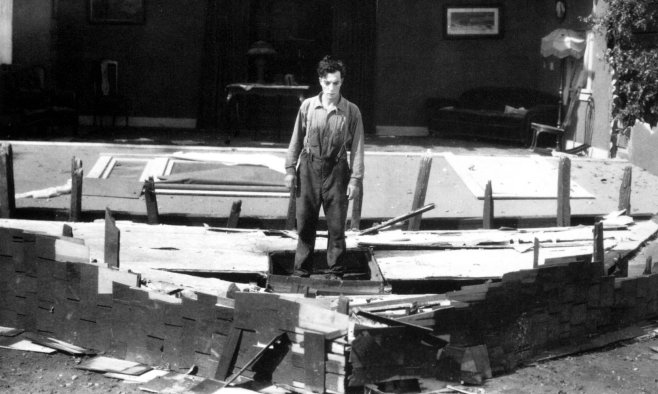 So…it kind of feels a little unsporting on my part to say that I thought this sequence went on a tiny bit long.  Keaton’s genius, and all of the stunts he does are astonishing, but…after five solid minutes of seeing him bumbling in and out of buildings and leaning into the wind and taking acrobatic tumbles I was wondering why he couldn’t find even one building that wasn’t going to collapse around him with hilarious results. 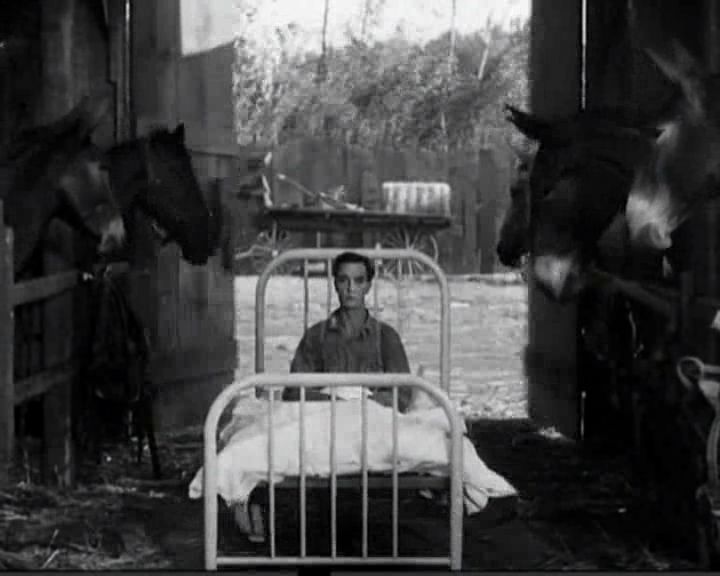 This is a minor quibble, though. The film still made me laugh out loud several times, just like Buster always does, and is proof of Buster’s comedic genius.  In fact, a couple of the loudest laughs I had came from delightfully snarky lines instead of stunts – there’s a moment when Bill and his first mate are watching Junior making total hash of a simple task, and the first mate turns to Bill, handing him a pistol.  “No jury would convict you,” he says to Bill, nodding towards Junior.

There’s also a clever tap on the fourth wall early on. When Bill first sees Junior, he takes one look and drags the lad off for a makeover, including a stop at a hat shop to replace the beret. Bill plops several hats on Junior’s head, and he rejects them all in turn.  But he seems to especially dislike the exact straw porkpie hat that had become Keaton’s trademark.

Alas for Buster, Steamboat Bill Jr. got mixed reviews and was a financial flop, as was his previous film, The General. He made one more go with a film about an aspiring Hollywood cameraman (it’s not on this list) before signing up with MGM and entering the 1930’s Hollywood studio system. The studio gave him way less creative control, and also forbade him from doing his own stunts.  The fun went out of filmmaking for Buster, and he started drinking.  Fortunately he was able to shake it off after about ten years, and spent the next several years doing a series of television and theater appearances, only occasionally appearing in film; and when he did, it was usually as a simple cameo.

But then a new generation of critics discovered his work and gave him a bit of a renaissance in the 1960s. He’s the star of a Twilight Zone episode, specially written to take advantage of his comedic skill and featuring a “silent film” sequence.

A few years later, he and Lucille Ball did a wordless sketch together during a TV variety special.

He returned to film in 1965, appearing alongside Zero Mostel and Phil Silvers in A Funny Thing Happened On The Way To The Forum. Despite simultaneously fighting lung cancer (which he thought was only bronchitis!), Keaton insisted on doing his own stunts in Forum – to the amazement of the rest of the cast.

I confess that this review is not only clip-heavy to show off – it’s also because this is Buster’s last appearance in the Movie Crash Course. And we have to bid him farewell – with thanks.