In a sense this film is one of the precursors to Bollywood – produced on location, with a cast of Indian actors instead of Europeans in makeup, and with lavish art direction and a huge cast.

Inspired by a story from the Sanskrit epic Mahabharata, A Throw of Dice is the story of two royal cousins, each with their own kingdom.  Ranjit is handsome and kind, but a bit of a gambling addict; Sohan also likes to gamble, but is more interested in thinking up ways to steal Sanjit’s kingdom.

One idea he has early on is to have his henchman “accidentally” shoot Ranjit during a tiger hunt – but as luck would have it, they’re near the forest home of a reclusive healer, living there with his daughter Sunita. Ranjit’s men bring him to the hermit, with Sohan tagging along out of “concern”.  He’s not too pleased to hear that Ranjit will recover – but meeting Sunita softens the blow for him.  Sunita isn’t that impressed with him, however.

Ranjit is a different story – she and Ranjit fall in love during his convalescence, and when he recovers enough to leave, she tags along, as his fiancée.  Sohan tries another scheme or two to win Sunita or discredit Ranjit, but wedding plans proceed nevertheless. Then the night before the wedding, Sohan shows up to present Ranjit with an early wedding gift – a beautiful game board and new dice.  And hey, he proposes, maybe they could try it out with a game. But why not make the stakes interesting – instead of just gambling for cash, how about…each other’s kingdoms?  Or….Sunita? 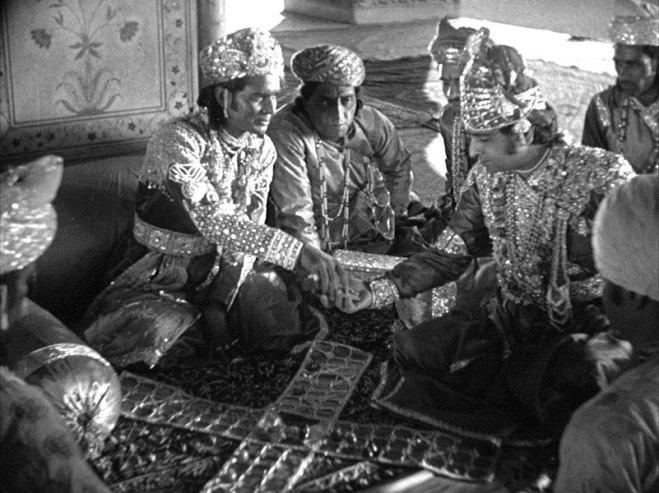 There’s a plot twist towards the end that resolves things satisfactorily. And that may be why I was ultimately “meh” on the story – it’s a love story with a satisfying ending, and I’ve never really been a fan of the love story as a genre.

This is not to say I didn’t like the film.  I didn’t looooove it, but it was certainly pretty to look at; the film makes frequent and lavish use of various sites in India, instead of the filmmakers trying to shoot everything on a back lot. There are also some tiny moments that caught my eye, like when Sunita – still adjusting to her new life – has arranged for a secluded tryst with Ranjit.  She happens to glance into a water jug she’s carrying, sees her reflection and is struck by it. 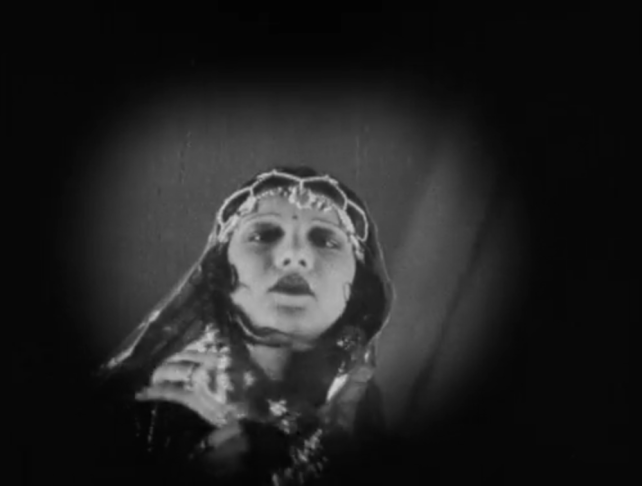 And I also found the backstory pretty impressive.  One of the biggest reasons A Throw of Dice used so much Indian locations and casting was because it was a truly Indian production. Himansu Rai, who played Sohan, co-produced the film along with German director Franz Osten.  Rai teamed up with Osten five years previously, when he traveled to Munich specifically seeking a partner for a unique film partnership – Rai had the cast, the locations, and the funding, but none of the technical expertise. Osten was able to provide the camera crew, the film, and the director (himself).  The pair collaborated on three films, effectively launching India’s entire film industry.