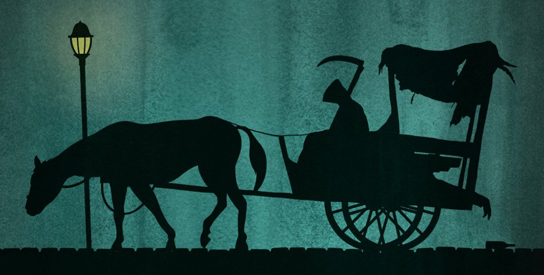 Okay, this wasn’t perfect. But – it was strangely affecting.

This Swedish film from 1921 was a sort of combo of It’s A Wonderful Life and A Christmas Carol. Instead of a Christmas setting, the story takes place on New Year’s Eve in a small Swedish town.  A young social worker, Sister Edit, is dying of consumption and begs her colleagues to seek out a man named David Holm – she insists she needs to talk to him before she dies.  David, meanwhile, is hanging out in the graveyard, splitting a bottle of hooch with a pair of buddies; he tells them a “ghost story” he heard from a friend, Georges, about how the person who dies at the stroke of midnight every New Year’s Eve is doomed to drive a spectral carriage throughout the following year, collecting the souls of the newly-dead and bringing them to their final destination. 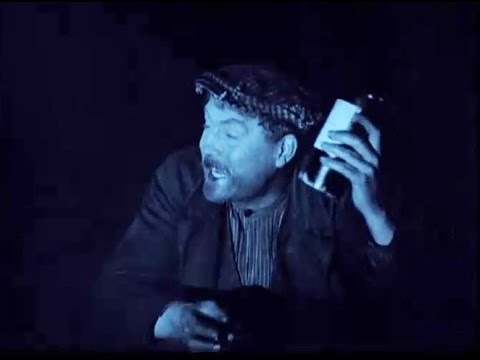 One of Edit’s colleagues finds the group shortly thereafter, and tries to persuade David to come with him.  David blows him off, which shocks his friends – she’s on her deathbed, they point out, and he’d be a fiend to refuse.  But David still won’t budge.  They argue, eventually coming to blows – and with one of David’s buddies giving him a fatal blow just as the clock strikes midnight. They run off – but soon along comes the ghostly carriage, ready to put David to work.  And who else should be driving – but Georges. 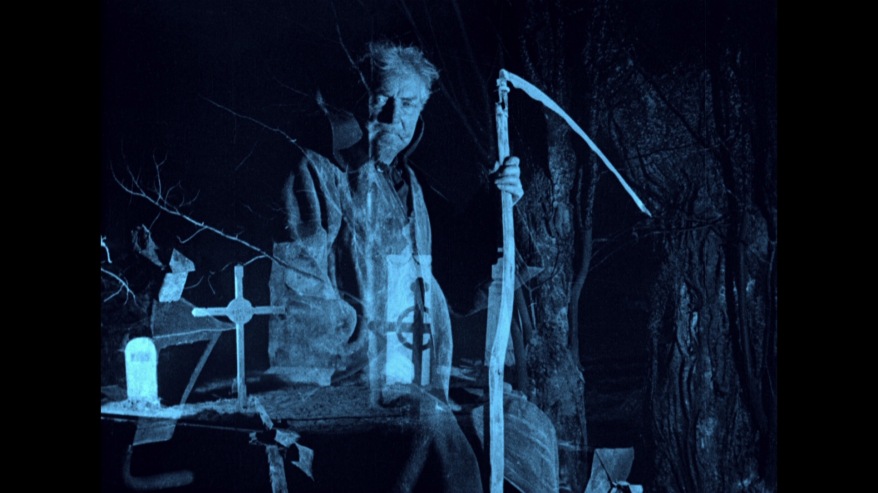 It’s especially fitting, Georges says, that David should replace him – since Georges blames himself for leading David into a drunkard’s life to begin with. David’s still trying to wrap his head around the fact that he’s, well, dead – doesn’t follow. So Georges leads David, and us, on an extended flashback into David’s past; where we learn of David’s prior happy marriage, two adorable children, and a brother who doted on the whole family; a sweet and happy life. 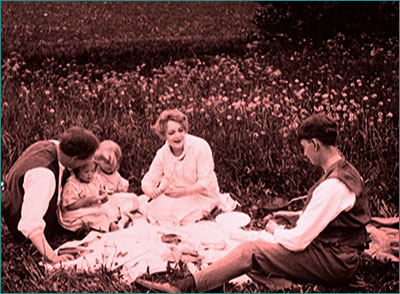 But over the course of that flashback George shows him how both David and his brother sink into alcoholism, running both afoul of the law and driving David’s wife Anna away, taking the kids with her.  Alcoholism has even caused David to forget about his previous meeting with Sister Edit, one year prior; David spent the night in a flophouse her charity operated, and moved by pity, she stayed up all night mending his coat, uttering a prayer at the stroke of midnight that David have a happy year.  Instead of offering his gratitude on waking, David ripped off all the patches just to mess with her, before leaving.

And thus he ended up as Sister Edit’s special crusade, Georges reveals; unbeknownst to David, she has been trying to find Anna to reunite David with her.  Oh, and that case of tuberculosis that’s killing her now?  She got that off David’s coat while she was sewing on those patches.  So, David really kinda owes her one, y’know? 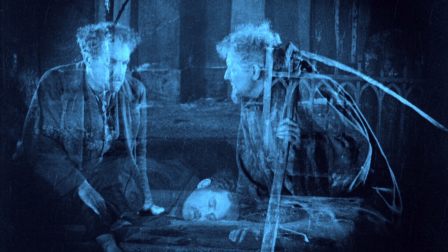 A remorseful David now asks to see both Sister Edit, and then Anna, before he takes on the job driving the carriage.  He may be dead and all, but at least he’ll know he was there and be comforted.  But when they get to Anna’s place, David sees that she’s just bought some poison and is preparing for a murder-suicide attempt.  There’s got to be something they can do, David insists – but what?  And will they be too late?….

The structure of the flashback was actually a little clumsy at first – instead of opening with David, we spend a lengthy time in Sister Edit’s sickroom, setting things up there, so it was a little jarring to change gear and realize David was the star of the show.  But once Georges’ ghost shows up in the carriage I’d gotten things sorted out well enough.  There’s also a couple of extended sequences of the Phantom Carriage collecting various souls which were probably put in just for color; they looked cool, especially the one with the carriage riding over the ocean to collect a drowning victim, but didn’t really add to the story. 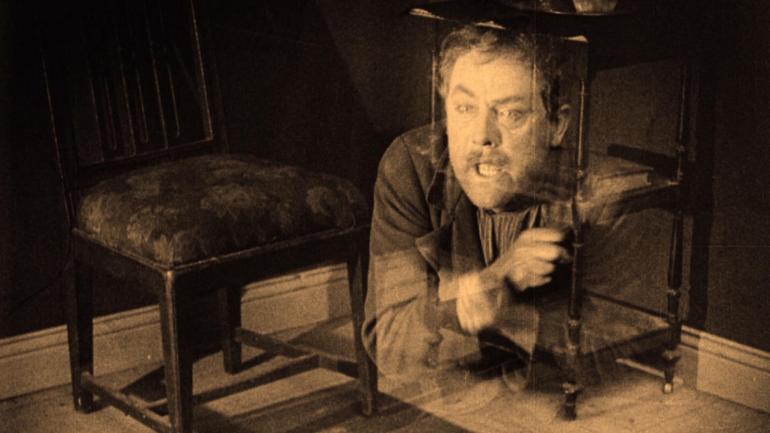 From a cinematic history perspective, though, I think this may have been the first instance of the trope where you show “soul leaving a body” with a double-exposure of the “body” lying still on the ground, and a see-through “soul” getting up and moving away from it. This was actually the most complicated bit for the filmmakers – they used hand-cranked cameras, so when they filmed each sequence, the cameramen had to try to match the speeds exactly so both exposures would be even.

The Phantom Carriage is said to be one of Ingmar Bergen’s favorites; he first saw it at the age of 15 and made a habit of seeing it once a year ever after.  His own depiction of Death in The Seventh Seal also owed something to Georges’ cloak and scythe in the film.